Napier fire: an engineer with 30 years of experience is prosecuted 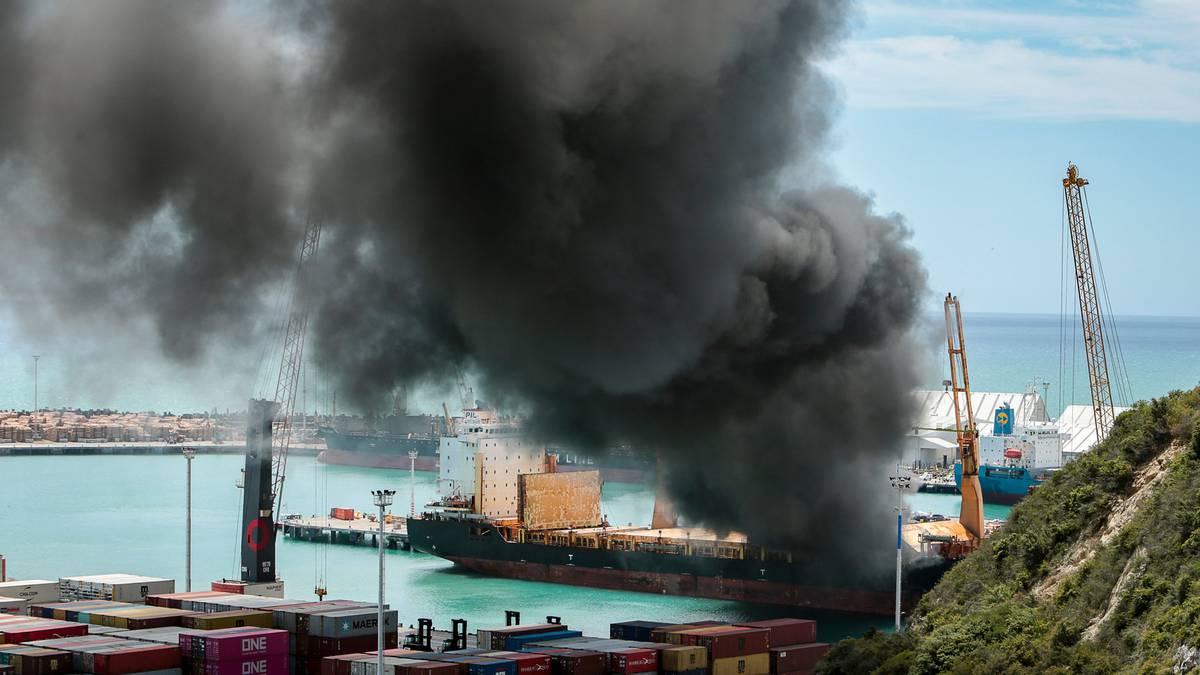 Residents of nearby Bluff Hill were asked to keep their windows closed at the height of the fire. Photo / Paul Taylor

An engineer has been prosecuted under health and safety law following a fire that broke out on a ship in the port of Napier, even though no one was physically injured and he was not on board the ship at the time.

Kerry Ross Tong has been charged by Maritime New Zealand following the fire in the hold of the Kota Bahagia when unloading the wind turbine components.

Napier District Court was told Tong had been in the industry for 30 years and previously had a good safety record before the December 2020 fire.

At the height of the blaze, residents of nearby Bluff Hill were warned to keep doors and windows closed due to the potentially toxic fumes, and it took firefighters six days to finally extinguish the blaze.

A Carriage Accident Investigation Board investigation found that molten material ejected by gas cutting activities on the ship most likely ignited dry sawdust or wood shavings, creating a fire that s spread to other flammable materials in the hold.

Tong and his company KR Tong Ltd employed the gas cutters, which removed the metal reinforcements that had held the cargo in place during the ship’s voyage from China, where the wind turbine components had been loaded.

Tong appeared in court to be convicted on a single charge of exposing an individual to a risk of harm, brought under the Occupational Health and Safety Act 2015.

Judge Gordon Matenga reserved his decision on the sentence that Tong would face. The law provides for a fine.

The judge said he hoped to be able to give judgment before Christmas.

The man believed to be the victim in the case was one of Tong’s employees, whose name has been removed.

Maritime NZ initially brought the charge alongside another for breach of duty, which was later withdrawn.

Tong’s company, KR Tong Engineering Ltd, faced the same two charges, but the charges against the company were also dropped.

Maritime NZ solicitor Sarah Henderson said Tong was not on board the vessel when the fire broke out, but his guilt was based on his liability as a director of his business, and not as a worker.

He should have made sure his staff were better prepared, she said.

Defense barrister Alistair Darroch said there were wood chips in the hold below where the gas cutters worked, and the level of “housekeeping” there was “terrible”.

He said Tong had security systems in place, but workers on site made the decisions because Tong was not there.

A foreman performed a job scan and was told that Tong staff could not go below, where it was dark. Covid-19 restrictions were in place which meant they couldn’t speak to the crew.

A critical decision could have been made to pull out of the job when workers were told they could not place a fire spotter below, but they continued.

“The workers are doing their best and they’re making the wrong decision,” Darroch said.

However, Tong did not blame the workers for what happened.

“A very serious fire has taken place and Mr. Tong accepts responsibility for not doing it right,” Darroch said.