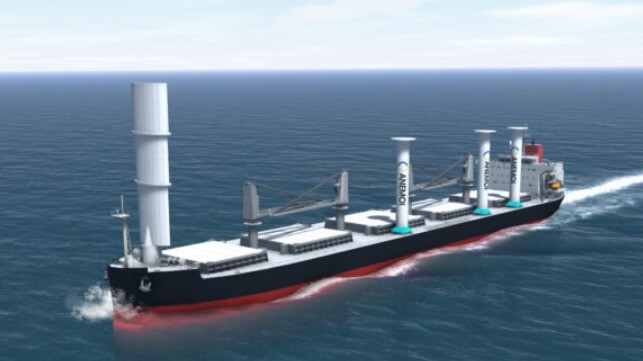 MOL Drybulk, the bulk transportation division of Mitsui OSK Lines in Japan, continues its efforts to expand the deployment of its wind propulsion technologies to reduce emissions from bulk carrier operations. In the latest development, MOL Drybulk and UK-based Drax Group have agreed to work together to reduce emissions and fuel costs associated with transporting biomass by deploying wind technology on ships with the aim of reducing emissions from a fifth.

Known as the Wind Challenger, MOL has led efforts in Japan to develop a rigid sail that can be deck-mounted on its bulk carriers to aid in wind propulsion to reduce the vessel’s fuel consumption and, therefore, shows. MOL is nearing deployment of the first of its Wind Challenger installations later this year after years of testing and will have data from the first ship to expand the effort.

“MOL Drybulk’s hardsail technology has the potential to transform the marine industry, reducing emissions and fuel costs and supporting global efforts to address the climate crisis,” said Will Gardiner, CEO of Drax Group. “This partnership to advance this crucial new technology will support Drax’s commitment to reducing emissions from its own supply chain and could also deliver significant benefits across a number of different industries that depend on ships to transport goods to customers all over the world.”

As part of the MoU, the two companies will study the feasibility of deploying a first and second generation environmentally friendly bulk carrier to transport Drax biomass. The first ships will use MOL’s automated telescopic rigid sail technology, Wind Challenger, and will evaluate the application of other technologies, including rotor sails. 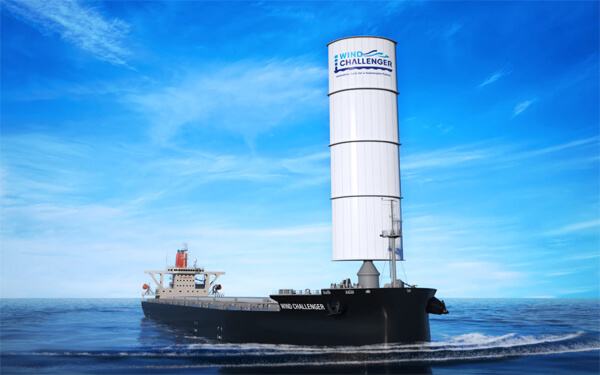 The second-generation vessel aims to cut emissions by at least half with new vessel designs that use multiple Wind Challenger sails, other low-carbon technologies under development, and the use of alternative fuels such as l ammonia, liquefied natural gas and synthetic fuels.

“MOL has been working with our partners to develop Wind Challenger technology for over a decade, and it’s great to see this become a reality,” said Kazuhiko Kikuchi, President and Representative Director of MOL Drybulk. “This partnership will help us have a positive impact on how wood pellets and other cargo are transported around the world.”

MOL Drybulk’s work will include developing the technologies that will be used and liaising with the shipyard where the vessel will be built and outfitted with hard sail technology. Drax will work with ports and supply chain terminals on operational feasibility studies.

The companies plan to facilitate the development of wind-powered vessels to transport bulk cargoes of wood pellets from Drax to its customers in Japan, where biomass is used to generate reliable, renewable energy, which replaces fossil fuels. The goal is to deploy the first wind-assisted propulsion vessel for Drax by 2025.

The first bulk carrier being built to integrate the Wind Challenger will work for Tohoku Electric and is expected to enter service before the end of 2022. MOL said it is also working with its long-time customer Enviva, a global renewable energy company specializing in the sustainable bioenergy from wood, to develop and deploy an environmentally friendly bulk carrier. MOL said it was also working with Indian company Tata Steel to develop an environmentally friendly bulk carrier to transport raw materials to steel mills. Both of these ship designs also incorporate the Wind Challenger. MOL recently said that working with Enviva was study the addition of wind rotors to a bulk carrier also equipped with the wind challenger.