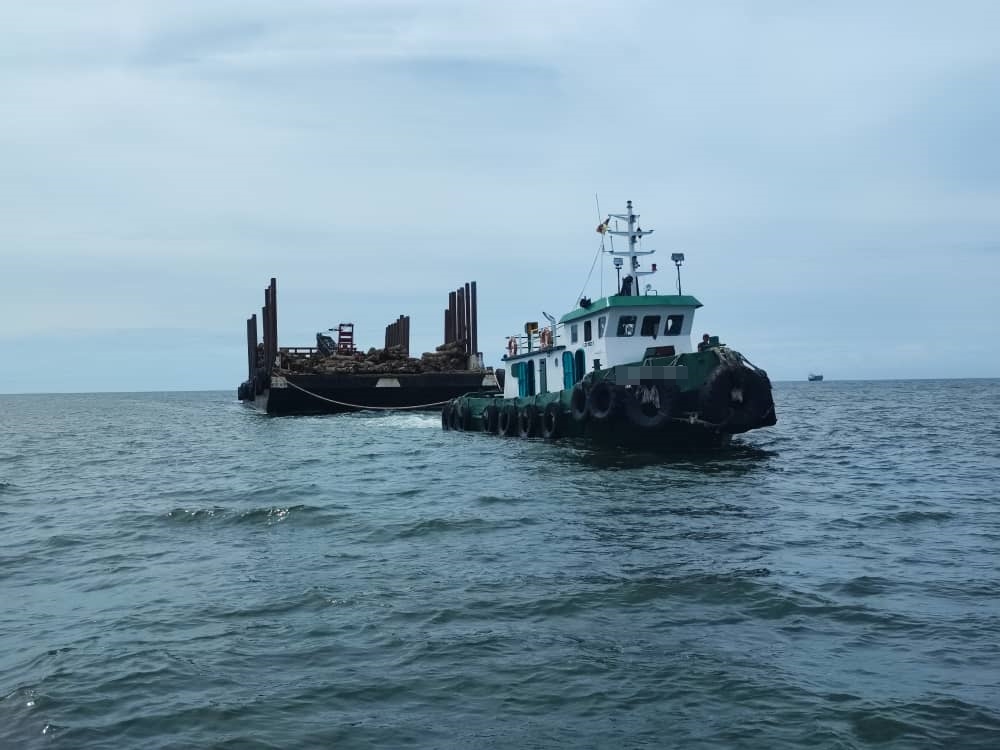 The tug and a barge are escorted to the ship’s detention center for investigation. – MMEA picture

Bintulu Sea Zone Director Captain Mohd Khairol Anuar Saad said the detention was carried out after the master of the tug failed to produce any related documents from the customs department.

He added that a closer inspection carried out on the seven foreign crew members on board, including the captain aged between 18 and 48, revealed that their work permits were registered for another vessel.

“All crew members as well as a tug and a barge have been arrested and escorted to Bintulu Sea Zone Vessel Detention Center for further investigation,” it said in a statement.

Mohd Khairol said the case was being investigated under the Customs Act 1967, which provides for a fine and imprisonment if convicted.

Detained crew members are also being investigated under Regulation 39(b) of the Immigration Regulations 1963, for breach of their social visit pass, punishable by a fine of up to RM1,000 or imprisonment for up to six months or both, if convicted.