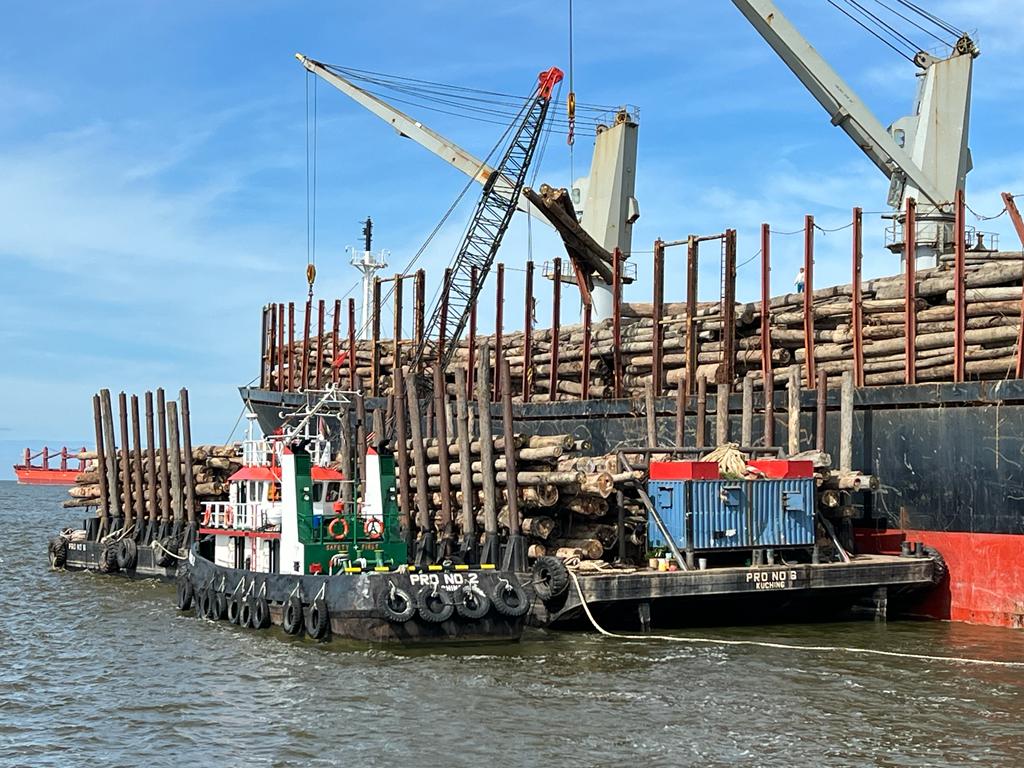 MMEA personnel spotted the tug and barge transferring logs to another vessel.

MMEA Bintulu Director Captain (Maritime) Mohd Khairol Anuar Saad said in a statement that MMEA assets who were on routine patrol spotted the tug and barge transferring logs to another vessel around 10.30am.

He said the tug and barge were manned by six crew members, including the skipper, aged 22 to 54.

He said the detained Indonesian crew members had passports and permits to work on both vessels.

“The two vessels have been arrested for allegedly carrying out ship-to-ship cargo transfer activities without permission from the Royal Malaysian Customs Department.”

He said the case was being investigated under the Customs Act 1967, which provides for a fine and imprisonment if convicted.