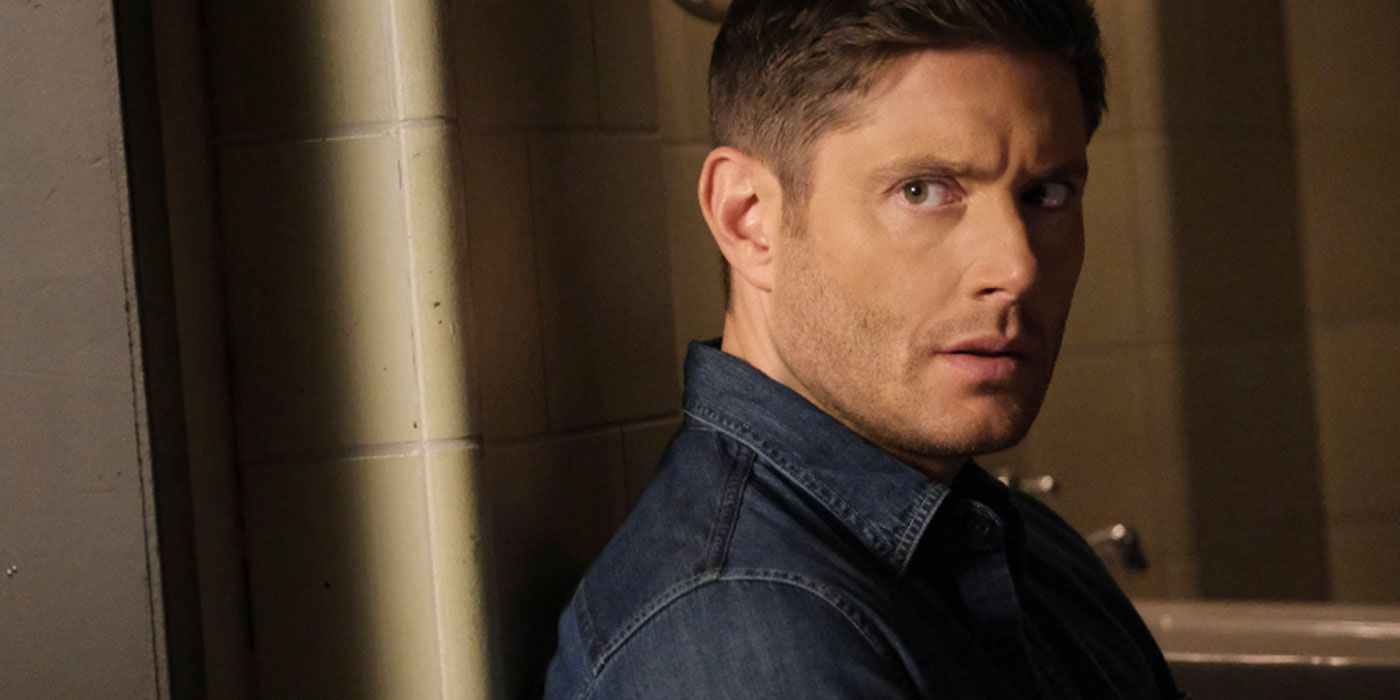 With two episodes of Supernatural remaining, photos released by The CW show that a very important character is returning for the penultimate episode.

There are two episodes left in the long series. Actor Jake Abel will reprise his role as Michael the Archangel (formerly Winchester’s half-brother Adam Milligan) in season 15, episode 19, “Inheriting the Earth”. The episode is directed by John Showalter and written by Eugenie Ross-Leming and Brad Buckner.

The photos show the brothers and Michael standing in their proverbial (and literal) war room, and also show a conversation between Michael and Dean that, as many fans know, has been a long time coming. Dean was originally supposed to be Michael’s ship – as Sam was supposed to be Lucifer’s – but Adam took his place.

Michael / Adam was last seen in Season 15, Episode 8 “Our Father, Who Is Not In Heaven” – prior to that he had not appeared on the series since the Season 5 finale when Michael (with Adam as his vessel) was sent to hell with his brother Lucifer. This final season of Supernatural saw the return of several major characters, including Charlie Bradbury in episode 18, “Despair”.

Excerpt from the official synopsis of season 15, episode 19 “Inherit the Earth”:

CONTINUE – Everything is on the line as the battle against God (guest star Rob Benedict) continues. A familiar face returns to join the fight. The episode was directed by John Showalter and written by Eugenie Ross-Leming & Brad Buckner (# 1519). Original broadcast date 12/11/2020.

“Inherit the Earth” will air Thursday, November 12 on The CW at 8 p.m. ET. The series finale airs on November 19. supernatural 14 seasons are currently streaming on Netflix, with the final season being added by the end of November.

The Boy Theory: The Seven’s Lack Of Secret Identities Hides A Disturbing Trait

Emily Zogbi is a writer from New York and an editor at CBR. Despite having a Masters of Fine Arts in Poetry, Emily mostly enjoys talking at length about the MCU and why the 2009 Wonder Woman animated film is the best. She would have liked to be a dancer. You can follow Emily on Twitter at @emilyrosezombie.