Maine’s first ship was airlifted up the river 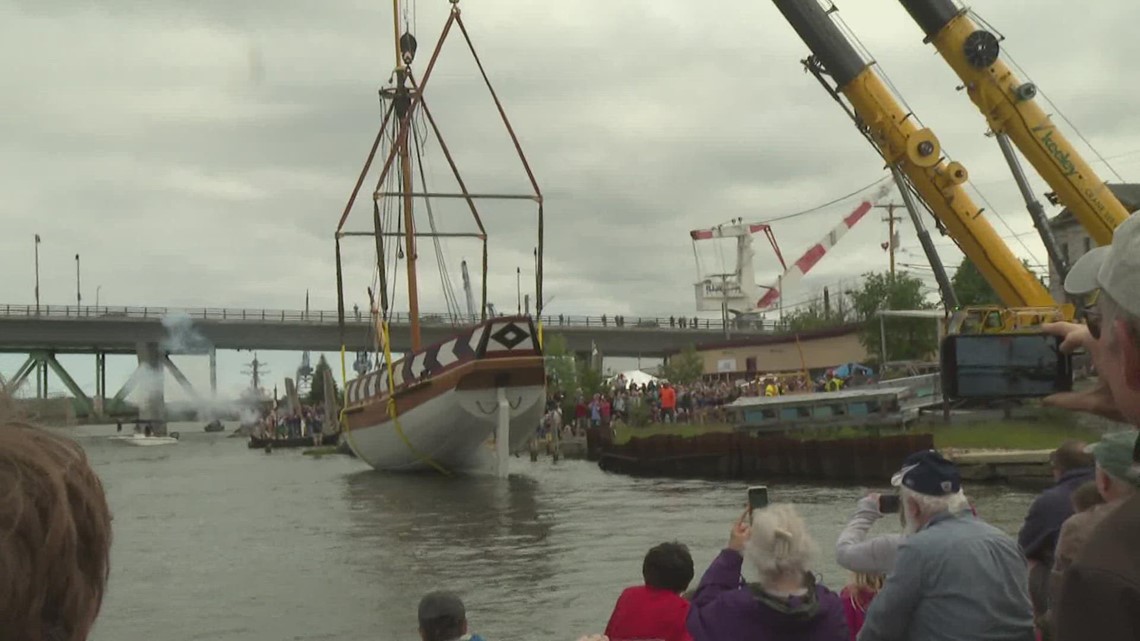 The 58ft sailboat, which was built by volunteers over the past 13 years, is a replica of what is believed to be the first European-built vessel in the New World.

BATH, Maine – The large crowd cheered as the Virginia took flight and, ultimately, onto the water.

The 58-foot wooden sailboat, built by volunteers over the past 13 years, was hoisted into the air by two cranes, then slowly pulled away from shore and gently lowered into the Kennebec River. The launch was the culmination of many years of planning, research and fundraising, as well as hands-on woodwork to bring the Virginia to life.

The ship is a replica of what is believed to be the first ship built by Europeans in the New World. This original Virginia was built by the Popham Colony in 1607-08 – about 12 miles down the same river as the short-lived English colony. The original ship sailed from Maine to England and to the colony of Jamestown.

When the founders of the group called Maine’s First Ship began their work there was only the most sketchy description of the ship, so they had to do research in England and Jamestown to develop what is thought to be a design as historically correct as possible, while meeting the modern needs of a floating museum and classroom, which will be the mission of the new Virginia.

The general public will have to wait a year to go sailing. The ship’s rigging and other work must be completed first, and then the crew who will sail the Virginia will need to learn how to do so. A ship like this hasn’t been seen or sailed the New England coast in centuries, so one sailor said it might take a while to learn.

As work continues this summer, visitors will be able to view the Virginia alongside, and there will be arrangements to board, to get a close-up view of what so many hands have worked together to create.

RELATED: Maine’s first ship to launch a replica boat built in 1607 at Bath