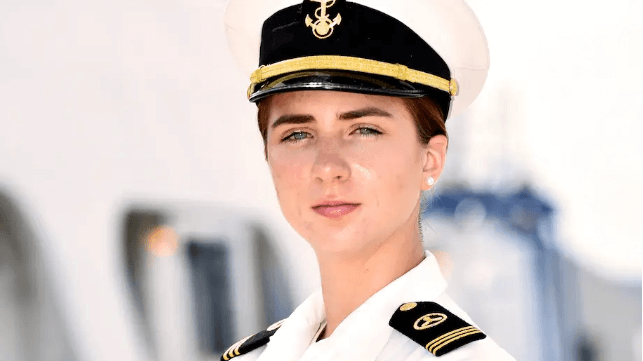 Maersk’s US subsidiary Maersk Line Limited and one of two cadets who sued the company after reporting they were sexually assaulted at sea have settled a high-profile lawsuit. The case, which was originally known simply as ‘Midshipmen X’, has brought renewed attention to accusations of sexual assault at sea and the working environment of cadets and sailors.

In a brief statement issued jointly by the plaintiff and Maersk, they said they had “resolved” the dispute filed by former midshipmen, Hope Hicks, who had previously identified themselves as “Midshipmen X.” Lawyers for Ms Hicks and MLL, according to the statement, have mutually agreed that neither party will disclose details of their agreement. Ms Hicks had filed a complaint against the Maersk subsidiary in June for sexual assault and harassment during her cadet Sea Year in 2019.

The sexual assault took place during Hick Sea’s year as a midshipman at the US Merchant Marine Academy. She posted a graphic account of her experiences aboard the ship leading to the assault and rape aboard the Alliance Fairfax, which allegedly took place when she was 19 by a senior engineer over 60 at board the ship. The publication of his account led to the suspension of the Sea Year program and Maersk’s investigations and calls to action by MARAD.

“It is important to me that my case has raised awareness of the issue of sexual assault and harassment at sea,” Hicks said in the joint statement. “MLL management has expressed the need for change. The changes proposed by MLL are an important first step, but there is still a lot of work to be done in the maritime industry.

After Hicks showed up with his story of his Sea Year, a second USMMA caddy also showed up. She also said she was sexually assaulted and had a similar work experience aboard the same ship a year after Hicks. Known only as “Midshipman Y”, she also filed a lawsuit against the Maersk subsidiary. Settlement talks are reportedly underway and that second case is expected to return to court next month.

“We want to be absolutely clear that the events described by Ms Hicks are unacceptable. No matter who and where you are, those who work with us should feel safe and protected in our working environment,” said William Woodhour, CEO of Maersk Line, Limited in the joint statement. “The parties agree that all industry partners must work together to ensure that all of our seafarers enjoy a respectful and safe working environment at sea.”

After Hicks’ accounts of his experience at sea were published, Maersk has opened an investigation signaling that he was undertaking a comprehensive review that would have reached the head office in Denmark. MLL has acknowledged as part of its agreement with Hicks that it has initiated a comprehensive training, reporting and accountability program internally, and is working externally with all industry stakeholders, to include its industry partners. industry, unions, maritime administration, maritime academies, and the US Coast Guard.

Accusations of abusive work environment and sexual assault continued to surface across the industry. Earlier this year, a male deck cadet filed a complaint with the U.S. Coast Guard about his experiences while recently two other female cadets from the USMMA accused captain of sexual assault. In the first case, the USCG suspended the officer’s license for a year while the captain, in the more recent cases, voluntarily surrendered his license before the start of the USCG hearing.

The USMMA has resumed Sea Year training after further revisions to the curriculum. The 2021 suspension was the second following an earlier suspension due to charges relating to the safety of cadets at sea. Last week, MARAD appointed the first female superintendent at the US Merchant Marine Academy. Retired Rear Admiral Joanna Nunan MARAD said she understands the challenges “in ensuring USMMA prepares students in a safe and respectful environment to excel in a rapidly changing maritime industry.”