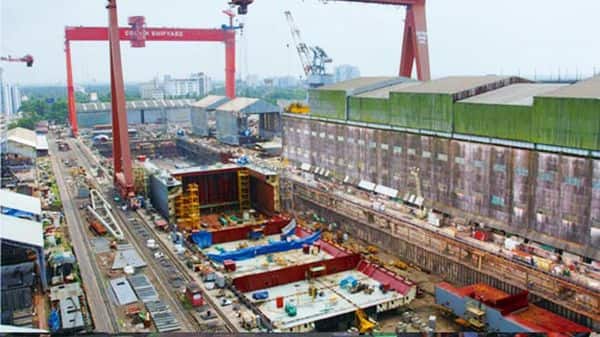 NEW DELHI : Larsen and Toubro (L&T) announced on Tuesday that they had launched the Indian Coast Guard’s seventh and final offshore vessel at its defense shipyard in Kattupalli.

The ship is the latest in a series of seven Offshore Patrol Vessels (OPV) entrusted to L&T by the Ministry of Defense in March 2015.

Continuing its unique performance in building defense vessels, L&T launched the seventh and final Offshore Patrol Vessel (OPV) for the Indian Coast Guard (ICG) today (Tuesday) at its defense shipyard in Kattupalli , north of Chennai, “the engineer and construction company said in a statement.

L&T added that many benchmarks were set during the execution of the program, including the complete design and construction of the OPV class of ships undertaken by an Indian private sector shipyard for the first time and the delivery of the “first-in-class” OPV “ICGS Vikram” before the contractual schedule.

He said he reached the construction period of only 19.5 months, wiping out all sea acceptance trials in a single sea trip for the 5th OPV “ICGS Varad”.

“In just over a decade after receiving L&T’s first defense shipbuilding order in March 2010, L&T has designed, built and internally delivered 59 defense vessels demonstrating its ‘Made in India’ determination to deliver. an autonomous and stronger India, ”the company said.

He added that it involved five OPVs, a floating dock and 53 interceptor boats with the remarkable achievement of delivering all contracts either in advance or on time, a mark of L & T’s commitment. towards the core values ​​of speed, scale and quality.

It can reach a sustained speed of up to 26 knots, according to the company. The entire design and construction process has been certified by the American Bureau of Shipping and the Indian Registrar of Shipping and overseen by the Indian Coast Guard resident team in Kattupalli, he added.

The company said it is showing the determination and the highest level of commitment to move forward in the production of OPV despite the many challenges due to COVID-19 restrictions, the collapse of the global supply chain and the scarcity of human resources.

He added that L&T affirmed its commitment to “Make in India” in the field of defense with the widest range of defense solutions offered through decades of in-house R&D, huge investments in the establishment of state-of-the-art defense production and development facilities. competent human capital. “L & T’s defense capabilities are able to provide the necessary impetus for ‘Aatma Nirbhar Bharat’ in defense. “

In addition to the launch, the shipyard is preparing to deliver the sixth OPV and the 54th interceptor boat during the current month, the company said.

The vessel was launched at the hands of Hema Somanathan and was named “ICGS Vigraha” in the presence of Secretary of Finance (Expenses) TV Somanathan, Indian Coast Guard DG K Natarajan and the full time director of L&T (Expenses) and of its member of the board of directors. JD Patil, among others.

* Thank you for subscribing to our newsletter.