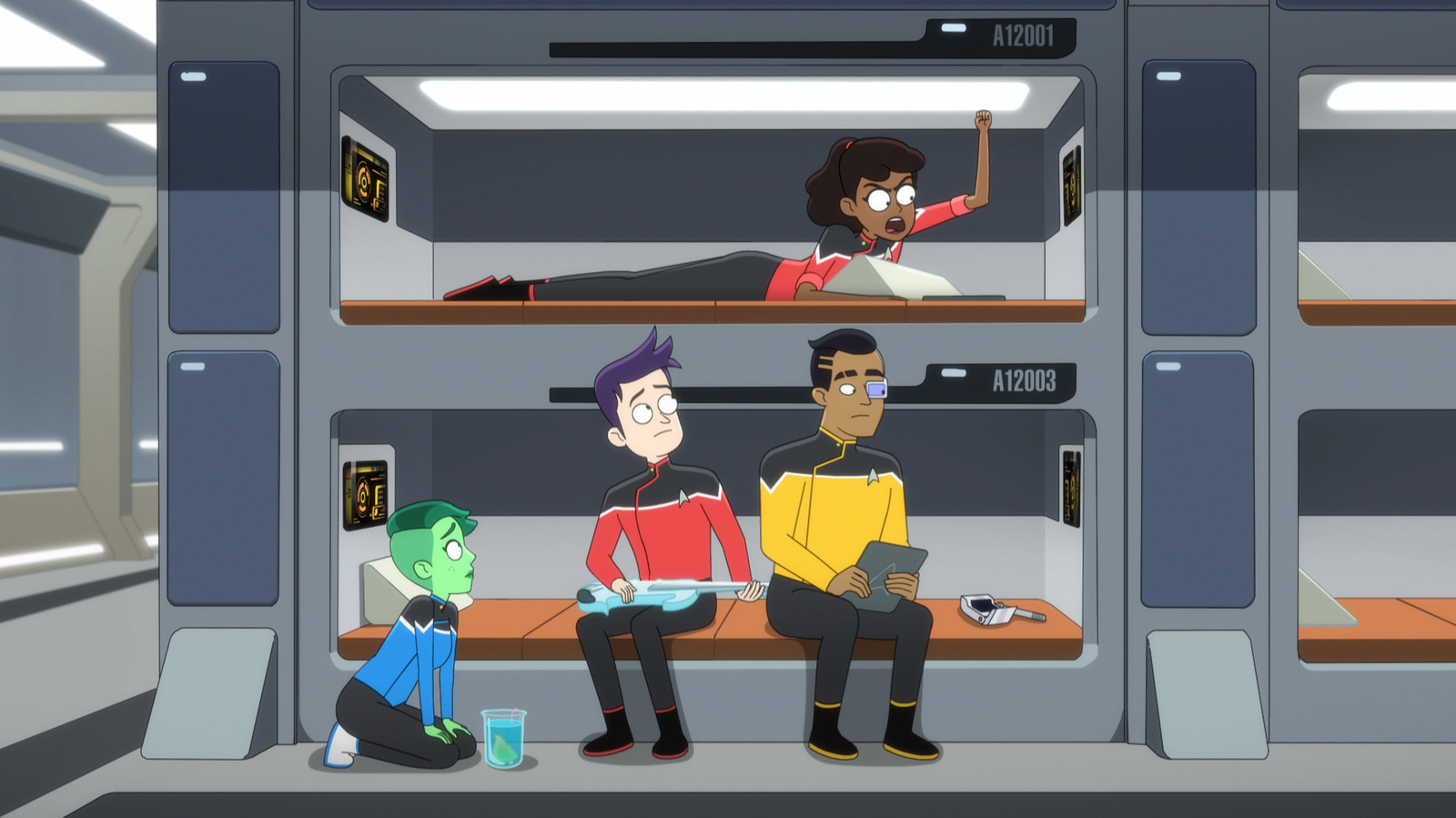 Much of the dialogue on “Lower Decks” is devoted to annoyed repetitions of “Starfleet ideals”. Ensigns Boimler, Mariner, Tendi and Rutherford (Jack Quaid, Tawny Newsome, Noël Wells and Eugene Cordero) often have to remind themselves that there is indeed a larger ethos at work when they empty the trash cans and are ignored by their superiors. . Working as an ensign on the Cerritos and considering yourself an important part of the Federation is like working as a broom jockey in a movie theater and pretending to be an important part of Hollywood.

Starfleet, like any job, has its shitty corners. An early episode of “Lower Decks” – “Cupid’s Errant Arrow” (September 3, 2020) saw Tendi and Rutherford envy the premium hardware pieces aboard a rival ship. They ended up secretly stealing a box of widgets called T-88 and bringing them back to their own ship. It smacks all too familiarly of cases in retail jobs where one races co-workers in the broom closet to get “the right broom.”

When you’re living on a ship, cramped with colleagues you may not like, the submarine-like existence of a Starfleet ensign is all too clear. In the final episode – “Room for Growth” – it is revealed that private quarters can be made available to signs, but only through an oblique lottery system. Only a few signs will be allowed to live in a room with a door on it. What’s more, it’s such a coveted prize that an elaborate cheat system has already been implemented, and central Lower Deckers will have to race their rivals through the ship’s labyrinthine conduits to gain access to a some computer server.