Lessons Learned: Sounding pipes should be free of debris or cargo 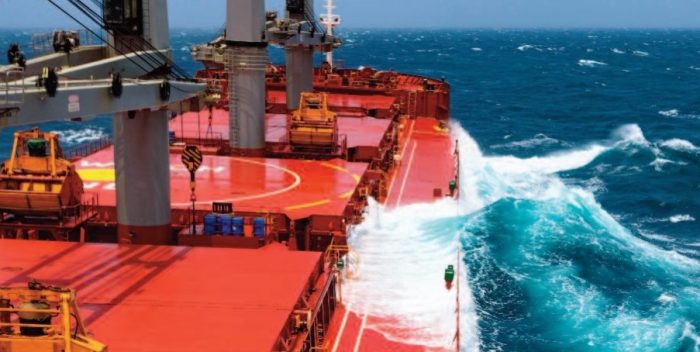 Lessons learned: sounding pipes must be free of debris or cargo – SAFETY4SEA

In its series of hatch cover incidents, the Swedish Club provides lessons learned from an incident where water entered Hold 1 of a bulk carrier, causing water damage.

A bulk carrier had a full cargo of zinc concentrate on board and was sailing from the west coast to the east coast of South America. As the ship passed Cape Horn, she experienced severe Beaufort Scale 9 weather with green seas covering cargo covers 1, 2 and 3. This continued for four days as the ship battled the waves. The ship had no weather route.

When the weather calmed down, the master asked the first officer to inspect the cargo holds. The chief mate discovered that water had entered cargo hold 1 and caused water damage. No water had seeped into the other holds. The chief officer also inspected the hatch coaming and the hatch cover of hold 1 and found a crack in the hatch coaming. The drain pipes from the non-return drain valves were also filled with debris and cargo.

During unloading, the surveyor noted that the sounding pipes in the cargo holds were also clogged with debris. When the ship was alongside and the cargo hatch covers were removed, puddles of water were visible in Hold 1. It took several additional days to remove the wet cargo from the ship and most of the cargo was refused by the buyer.