Iranian tanker set to sail to Piraeus after debt repayment 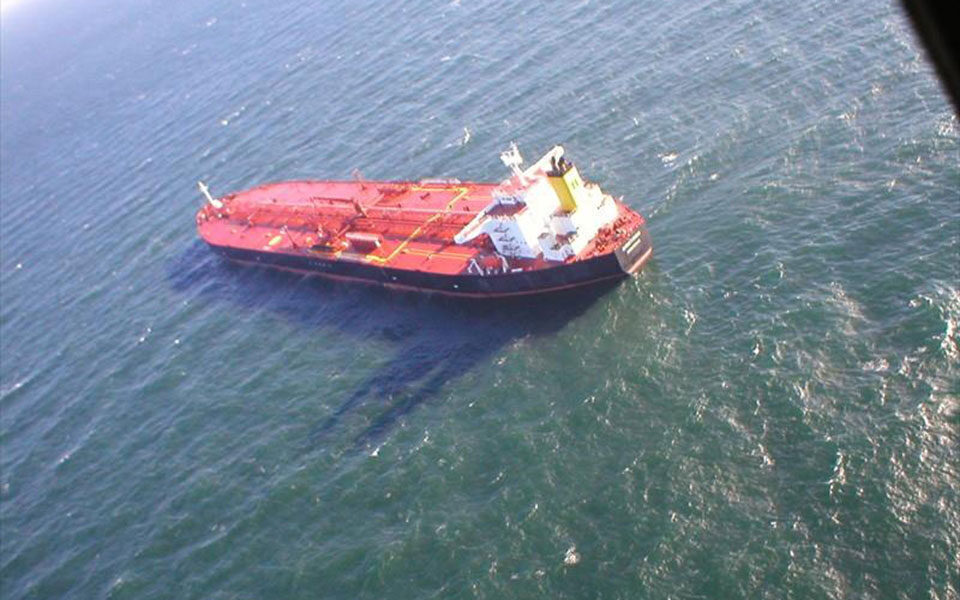 The Iranian-flagged tanker Lana, seized in April by Greece for transporting Iranian oil, is expected to sail to the port of Piraeus in the coming hours after the ship’s owner repaid its debts to a towing company, the official AMNA news agency reported on Friday.

The ship, previously called Pegas and renamed Lana in March, reported an engine problem in April and was heading south in the Peloponnese to offload its cargo on another tanker, but rough seas forced it to moor just off Karystos where it was seized.

The 115,000 dwt tanker was quickly released due to complications over its ownership, but Greek authorities seized it again later, acting on an interim court order over debts to another shipping company, represented by the lawyer George Kozanidis.

Speaking to NAMA, Kozanidis and his colleague Pinelopi Tekou said the payment due for the towing services was made directly and not in the form of letters of guarantee, so the vessel could sail immediately.

Meanwhile, in retaliation for Athens’ seizure of Iranian oil, Iran’s paramilitary Revolutionary Guards seized two Greek tankers in the Gulf last month after Tehran warned it would take ‘punitive action’ against Greece . Athens and Iran were currently in talks to resolve the riddle.

NAMA understands that the vessel still needs to be issued a new Certificate of Seaworthiness by the Oversight Classification Society before it can be released.

Kozanidis declined to disclose the name of the company he represents, but told Reuters the case was related to unpaid towing services.