Inside a £25m Bond-style superyacht, the ‘Golden Girl’ with her own matching speedboat 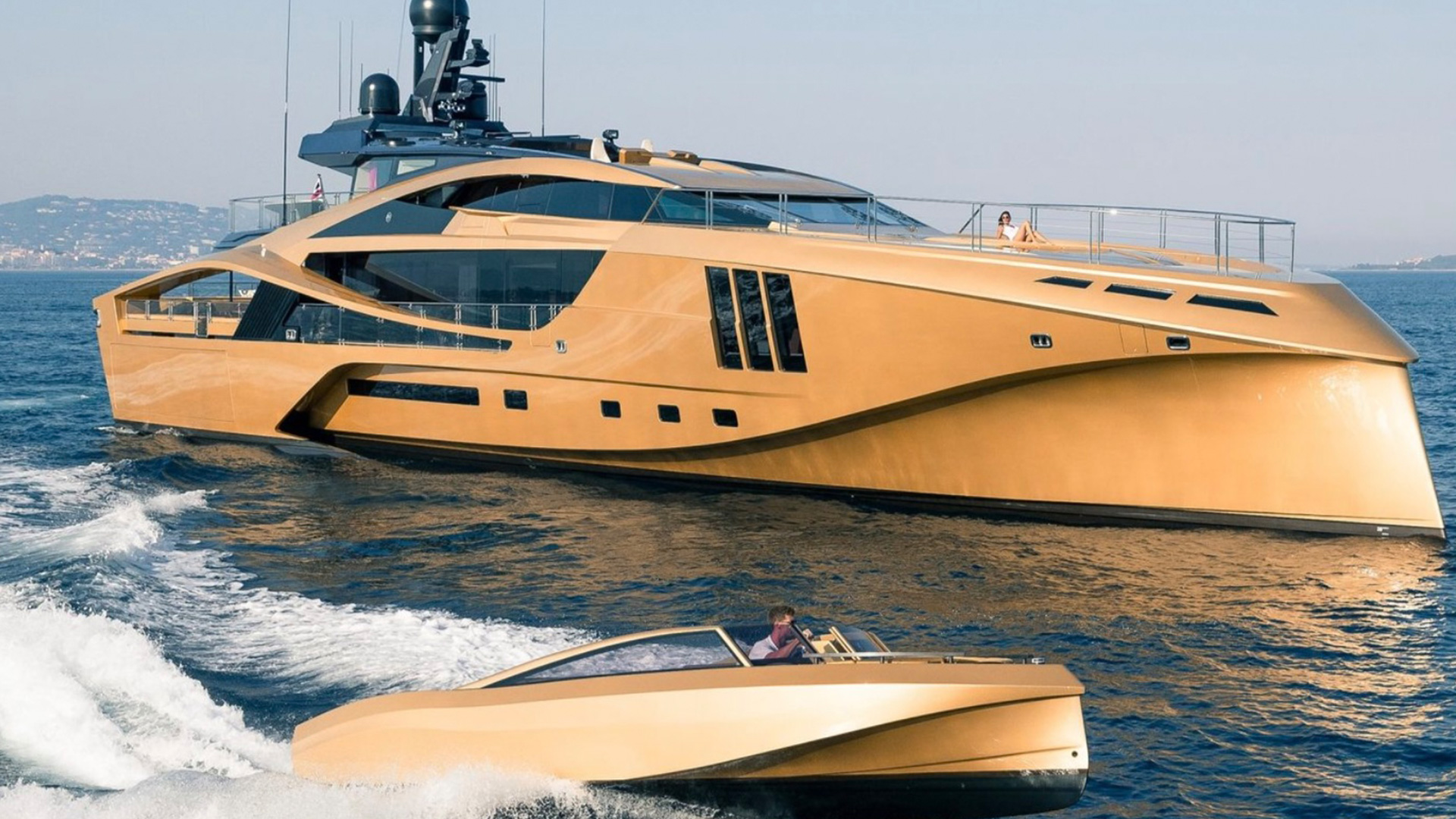 A £25million James Bond-inspired superyacht with its own speedboat and jet skis has been revealed.

The 49-meter super ship, dubbed the Golden Girl, has a bold and striking design – personifying the super spy himself.

Boasting a stunning gold finish, the officially named Superyacht Khalilah is made entirely of carbon and lives up to her unique craftsmanship.

The concept behind it was to “design a next-generation Superyacht that breaks free from the conventional compromises that yacht design generally seems to accept,” said the proud owner.

“The end goal was to build a ship with exceptional operational performance and onboard experience, not incremental improvements.”

The Golden Girl is equipped with breathtaking facilities, including a vast terrace of 110 square meters, with a large outdoor bench and huge sunbeds.

While the guest living areas, designed by Palmer Johnson’s in-house team, “embodi a playful side rarely seen on superyachts” alongside luxurious Asian-inspired elements.

Perfectly suited for Bond or a Bond villain, the fire pit features a gold Buddha statue accompanied by a swirl of LED lights.

Not to mention the wide beams of the stained oak parquet that run under the feet, giving the interior an elegant and sophisticated finish.

There’s even a giant purple “octopus” that adorns the ceiling of the main living room.

If that wasn’t enough, the upper deck features a bespoke 10-person Cactus wooden dining table and furniture of colossal dimensions.

Outside, the gold engine-powered vessel has a custom 22-foot gold speedboat, plus several jet skis should you need a break from the luxurious surroundings.

“An owner should get goosebumps every time he looks at his yacht,” concluded the ship’s original owner.

The superyacht is currently available for charter with a Monaco-based brokerage firm and can cruise through some of Bond’s most luxurious Mediterranean destinations.

But beware, the price of chartering the vessel for just one week could cost you up to £222,000.

THE YACHT IS THE DAMAGE?

It comes as The Sun recently revealed the most expensive charter yacht in the world, which can now be chartered at just over £3million a week.

The luxury 450ft Flying Fox, which cost almost £500million to build, can accommodate 22 guests and needs a crew of 54 at sea.

The impressive luxury yacht costs £18,000 an hour, or nearly half a million pounds a day.

Meanwhile, a luxury superyacht has been built to look like a 128-carat Cartier diamond.

The 128-carat “Stella del Sud” stone, owned by Cartier, is the source of the luxury boat of the same name.

Footage from inside the 110-meter-long yacht shows a stunning cinema, three built-in swimming pools and a helipad.

The dream pools flow from one to the other, creating the appearance of a waterfall effect.

A jewel-like window appears on the outside of the boat, using the same piece of glass on all levels.

The Italian studio behind the jaw-dropping designs, Gabriele Teruzzi, says the superyacht is a “sparkling diamond” with Art Deco features.