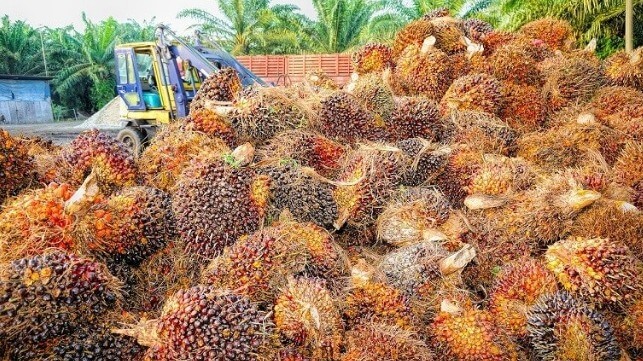 Indonesia takes the ban on refined palm oil exports seriously, its navy said in a statement on Saturday. On Saturday, the national armed forces intercepted a container ship at sea and arrested it for allegedly transporting palm oil out of the country without permission.

The Singapore-flagged boxship Mathu Bhum was intercepted by Indonesian Navy forces off the port of Belawan in North Sumatra on Thursday. The service claimed the vessel was carrying 34 containers of refined, bleached and deodorized (RBD) palm oil to Port Klang, Malaysia, despite the ban on palm oil exports.

the Mathu Bhum was inspected and returned to Belawan wharf, according to spokesman Agung Prasetiawan. The case is being investigated by Indonesian Navy Main Base 1 (Lantamal 1).

It is the sixth vessel Indonesian authorities have intercepted so far under palm oil export restrictions, according to the Jakarta Post.

Palm oil dominates the global edible oil trade and Indonesia produces almost 60% of the world’s palm oil supply. It exported 26 million tons of this product last year. Its decision to halt exports came as a shock to world markets, especially as the Russian invasion cut off the flow of sunflower oil out of Ukrainian ports. This cut the country’s sunflower oil exports in half, knocking about 3% of the world’s edible oil supply offline. At the same time, the drought has impacted soybean yields in South America and rapeseed production in Canada, causing price increases for these sources as well.