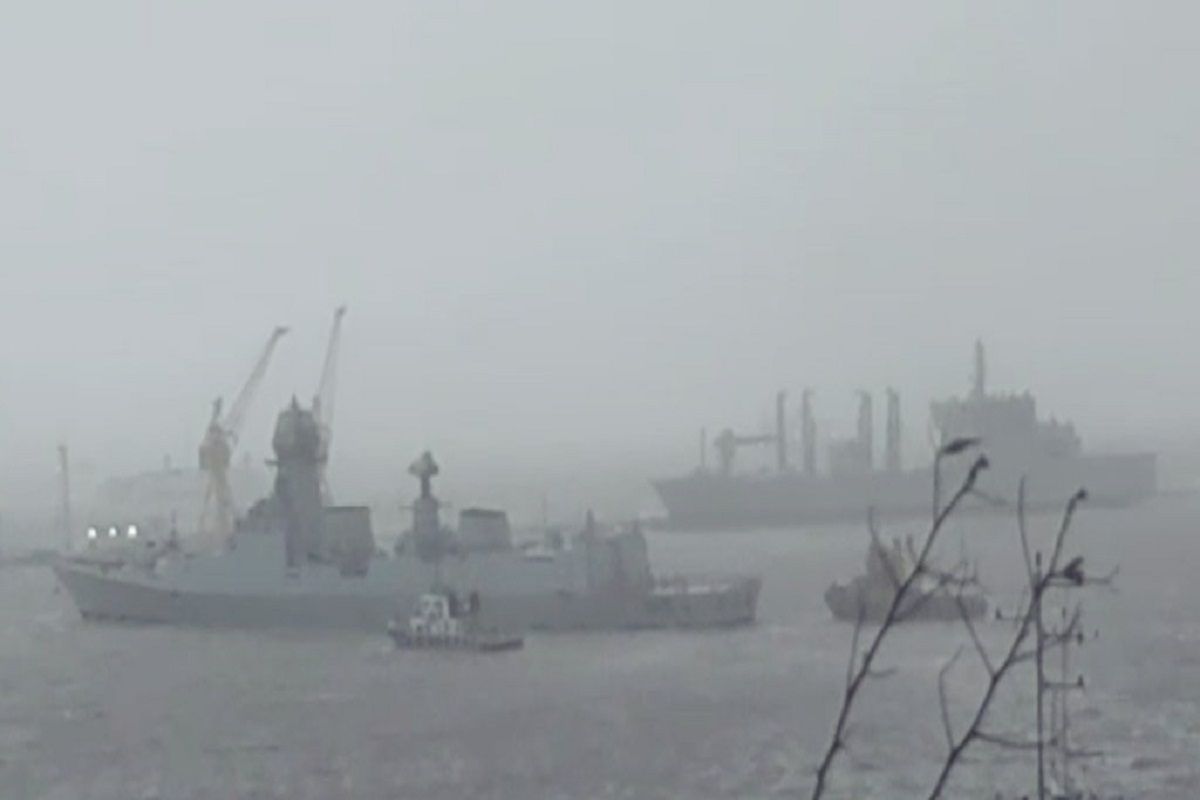 Bombay: A total of 14 bodies were found in the Arabian Sea off Bombay High, where 93 crew members of the CGSB barge Papaa (P305) went missing after the vessel sank 35 nautical miles offshore. off the coast of Mumbai. Five Indian Navy ships, several Navy helicopters and the Indian Coast Guard were commissioned to locate and rescue 93 crew members of the ONGC vessel. At least 177 of the 273 personnel on board were rescued in a massive search operation by the Navy. Navy ships Beas, Betwa and Teg joined INS Kochi and Kolkata as rescue operations intensified on Tuesday after Cyclone Tauktae made landfall in Gujarat, wreaking havoc on India’s west coast .Also Read – Indian Navy 2022 Admission Card Released for Various Posts on joinindiannavy.gov.in | Here’s how to download

Meanwhile, another cargo barge “Gal Constructor” with 137 people on board was rescued after running aground north of Mumbai. A total of 638 people who were aboard ships near Maharashtra and Gujarat had either been rescued or their ship secured late Tuesday evening. Also Read – EXCLUSIVE: INS Visakhapatnam, Deadliest Warship Ever Built in India, Will Put Into Service Sunday, Check Out Photos & Videos | look

Avinash Aadke, who was rescued from Gal Constructor, said the ship was “out of control” for three days and help was being requested from the coast guard. But since the barge was anchored near Alibag, aid was first redirected to other vessels. Also read – ONGC Recruitment 2021: Only one day left to apply for 309 positions. Check eligibility and apply now at ongcindia.com.

9.45 p.m .: Four bodies were turned over to the police and 4 different Accidental Death Reports (ADRs) were recorded at the Yellow Gate Police Station in connection with the deaths of the crew members of barge P305. Indian Navy has confirmed 26 deaths so far: Mumbai Police

26 bodies have been recovered while 186 crew members have been rescued so far: Defense PRO #CycloneTauktae pic.twitter.com/lBdXxygVXH

5:07 p.m .: Rs 2 lakh ex gratia for the next of kin of the dead and Rs 50,000 for the injured due to Cyclone Tauktae would be given to all those affected across India. PM also takes stock of COVID-19 situation in Gujarat (Prime Minister’s office)

5:05 p.m .: Prime Minister Modi announces financial assistance of Rs 1,000 crore for immediate relief activities in Gujarat. The Union government will deploy an inter-ministerial team to visit the state to assess the extent of damage in the state: PMO

4:20 p.m .: A search operation is underway for 73 crew members of the barge P305. Our ships and planes are making every effort to save them all: Indian Coast Guard Inspector General KR Suresh

3:32 p.m .: Prime Minister Narendra Modi met with senior officials and provided an update on ongoing operations to rescue staff from the ONGC barge.

2:59 p.m .: 22 confirmed deaths out of 75 missing from the barge sunk by the violent cyclonic storm Tauktae. Bodies have been recovered.

1:45 p.m .: INS Kochi, the warship had left the city Monday morning to rescue the workers of the P305 of the Heera oil rig, brought back 125 survivors about 70 km off Bombay.

1:15 p.m .: Operations can be difficult, but our job is to be prepared for any eventuality. We were able to save another 300 lives at sea. Two other ships were in distress, they were about to abandon ship and we assured them of our support, said Commodore Manoj Jha, who led the rescue operations at the sea. off the coast of Mumbai.

#LOOK | A crew member of barge P305 breaks down while talking about Indian Navy rescue operations. He was rescued by INS Kochi and taken to Mumbai.

A total of 184 people have been rescued so far, search and rescue operations continue.#CycloneTauktae pic.twitter.com/7e8JU3zcT5

ONGC / Afcons shared the telephone assistance numbers for the list of rescued personnel. They can be contacted for further details at the following numbers:

Recounting what happened to the state ship Oil and Natural Gas Corporation (ONGC), Narwad, a native of Haryana, said the P-305 detached from the anchor in the wee hours of Monday morning and had started to drift. It struck an object, causing a hole. At around 3 p.m. on Monday, the security guard asked the crew to put on life jackets as the water gushed out.

When the ship sank, they had no choice but to jump. “I was in the water all night,” said the injured Narwad, “The Navy saved us in the morning. I don’t know how they located us, ”he said.

The rough seas made it very difficult for the Navy to locate the missing persons and then move to a rescue vessel. According to reports, all crew members on board were wearing life jackets and those missing could still be floating in part of the Arabian Sea.

“The search and rescue operations that followed were one of the most difficult operations undertaken by the Navy in four decades… The main challenge is the weather itself. It is an extremely violent cyclonic storm with winds of 80 to 90 knots, wave heights of 6 to 8 meters, continuous rains, heavy cloudiness and near zero visibility, ”said the vice-admiral. Murlidhar Sadashiv Pawar.