Importers Avoid Eastern Ports Due To Insecurity, Others – Shippers 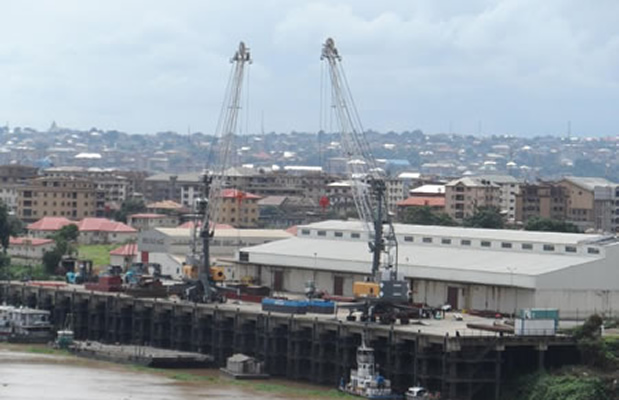 Shippers and other experts operating in the country’s maritime sector, including freight forwarders, have blamed insecurity and high freight rates as reasons why importers prefer Lagos ports to eastern ports.

In separate telephone interviews with our correspondent in Lagos on Friday, they felt that trade was facilitated faster in the ports of Lagos than their eastern counterparts.

Shippers Association Lagos President Jonathan Nicol said the market was in Lagos and average traders would like to go where they would make more profit.

“The market is in Lagos and you know traders don’t want to spend more than they budgeted for particular shipments. If, for example, a trader has budgeted N300,000, he would not like to spend more than the budget as it would become a wasted project. So, the way to reduce these expenses is to find an outlet that is still in Lagos to do business and recoup their capital. The profit may not be huge, but he needs to get his capital back.

Also speaking, the Founder of the Association of Registered Freight Forwarders of Nigeria, Mr. Frank Ukor, said, “It is easier and cheaper for them to clear their goods from Apapa port, that is why they go there. They facilitate trade facilitation in Apapa and other ports than those in the East or any other part of the country.

Meanwhile, the Chairman of the Apapa Chapter of the Association of Nigerian Licensed Customs Officers, Mr. Dominic Onyeka, explained that Apapa Port was even cheaper than Tin Can Port.

He said, “To save cost, you know it is cheaper to use Apapa port than Tin Can port because the freight cost is cheaper. And you know how hard it is to change old habits. When you’re used to something, it’s hard for you to change or do something different. Some of them could not exploit other eastern ports. It is because of the insecurity and unrest in the south east that most of the big clients have moved from this place to Lagos. I’m sure with the improved security in Anambra and other parts of the East, there could be a change. You know that no one would like to fish in troubled waters. These are the things that I think are responsible. Freight in eastern ports is higher.

The chairman of the Tin Can Island branch of the National Council of Chief Executives of Licensed Customs Agents, Abayomi Duyile, blamed shipping companies for adding extra charges on shipments bound for eastern ports.

“The cost of freight and secondly the issue of piracy along these Eastern ports are other issues because most of these importers are afraid to bring their cargoes over there. He was a time, once you scheduled your ship on that side, they were telling you that they had to increase the freight rate.

He also said that importers have contributed to the preference of Lagos ports over ports in the East.

“You know in Lagos, there are no cases of pirate attacks. You just come, dock your ship and do what you want to do. But I think most of the problems are related to importers. There was a time when I messaged one of my clients saying they could use Warri Port, the client flat out said they weren’t interested in bringing their cargo to Warri . Even in Warri now, as we speak, the boys in the area are worse than those in Lagos.

He said: “Another reason why they prefer Lagos is that it is a hub. It is easier for you to sell your wares here in Lagos than in other parts of the country.