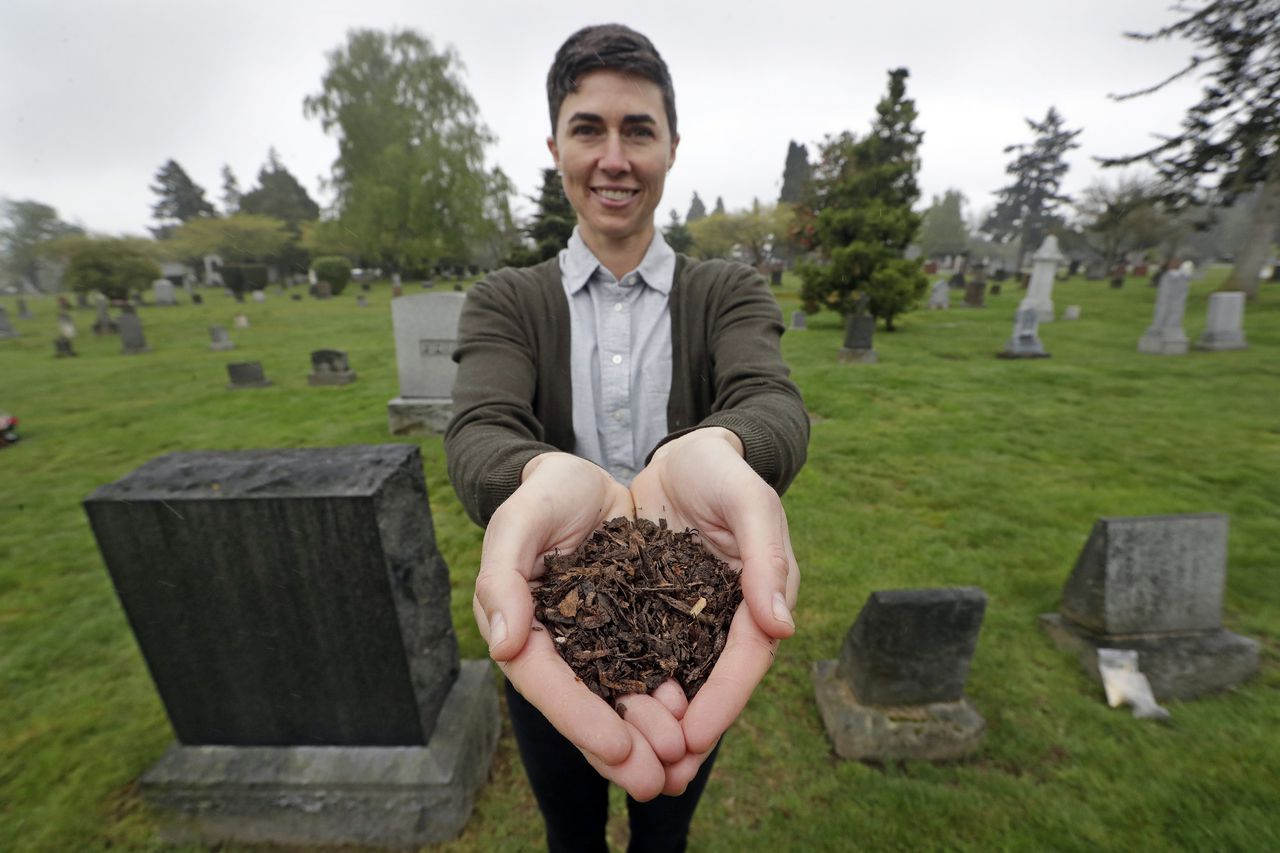 New York is set to become the next state to offer “green” burials.

Bloomberg Law reports that the New York State Legislature has passed a bill (S.5535/A.382) that would legalize human composting. The alternative to burying or cremating human remains allows facilities to use natural organic reduction to decompose bodies in an aboveground container, then turn the remains into soil.

The state Senate passed the bill 61 to 2 last month, and the NYS Assembly passed it 98 to 52 on Wednesday. If Governor Kathy Hochul signs it, the measure will go into effect in 90 days.

Human composting has been legalized in Washington, Oregon, and Colorado as an environmentally sustainable and cost-effective way to reuse bodies after death. It is similar to the process used by farmers to compost livestock.

According to CBS, Washington-based company Recompose can turn a body into soil in 30 days by placing human remains in a coffin-like container with straw, alfalfa and wood shavings, then adding carbon and nitrogen. Families can then choose to bury, scatter or donate the remains to environmental conservation projects.

The process, known as human composting or natural organic reduction, is considered greener than burying or cremating the dead. According to the WBNF, up to 1,600 acres of land are needed to bury loved ones each year and can lead to soil and groundwater pollution from the embalming process, while cremation contributes 534.5 pounds of carbon dioxide at each cremation, i.e. 360,000 tonnes of CO2. every year, in addition to pumping other organic pollutants like mercury, sulfur dioxide and nitrogen oxide into the air.

“We will run out of land or we will use the land for purposes that we may not have, and then that land can be used by the family. You can take it home and use it as fertilizer,” Congresswoman Amy Paulin (D-Scarsdale), who co-sponsored the bill with Sen. Leroy Comrie (D-Queens), told CBS.

But some critics, including the New York State Catholic Conference, called the process disrespectful and unworthy.

“While not everyone shares the same beliefs regarding respectful and respectful handling of human remains, we believe there are a large number of New Yorkers who would be uncomfortable with this at best. proposed composting/fertilization method, which is more appropriate for vegetable trimmings and eggshells than for human bodies,” the group said in a statement.

If Hochul signs it into law, the cemeteries would oversee the new option process; remains not collected by a family would be scattered in a garden or designated area, in a grave or other permitted location. The New York State Cemeteries Association supports the bill, according to CBS.

According to Bloomberg, it could also contribute to the state’s goal of reducing economy-wide emissions by 85% from 1990 levels by 2050. Legislation passed in 2019 also asks the State to obtain all of its electricity from emission-free sources by 2040.