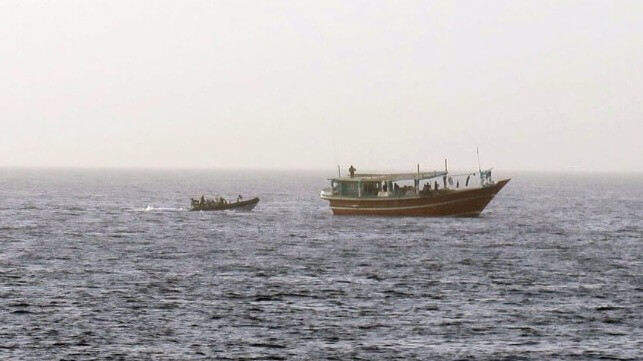 The Royal Navy has dealt its fourth blow to drug traffickers in the Middle East in as many months as HMS montrose entered $2.2. million heroin.

The frigate pounced on a dhow while sweeping the Gulf of Oman. After a Royal Marines team secured the suspect vessel, sailors searched the craft from bow to stern during a nine-hour operation. They discovered numerous bags hidden on board – bags which tests showed contained heroin. The seizure amounted to 90 kilos, worth $2.2 million on the streets of the UK.

This brings Montrose’s since mid-January have been transporting nearly $120 million worth of illegal narcotics, including heroin, cannabis and methamphetamines. And that means more than 18 tonnes of drugs have been taken off the streets of the UK – or other countries – since it began operating in the Middle East in January 2019.

Courtesy of the Royal Navy

“The world-leading Royal Navy is demonstrating its worth, in this case depriving criminals of a source of income and keeping drugs off our streets,” said James Heappey, Minister for the Armed Forces. “Our sailors operate side by side with allies and friends, defending the rules-based international system and promoting global security.”

montrose was working with the Pakistani-led Combined Task Force 150 – one of four naval groups spread over more than three million squares of ocean, from the Red Sea to the west coast of the Indian subcontinent. The task force is dedicated to keeping sea lanes open and strangling illegal activity on the high seas. They operate under the banner of the Bahrain-based Combined Maritime Forces, a coalition of more than 30 nations committed to safety and security in the Middle East.

“I am very proud of the crew of my ship for their efforts to disrupt the global drug trade and prevent this illicit activity at sea,” said Montrose’s Commander Commander Paul Irving. “It requires my whole team to work together in this type of operation, and again they delivered on their promises.”


The opinions expressed here are those of the author and not necessarily those of The Maritime Executive.