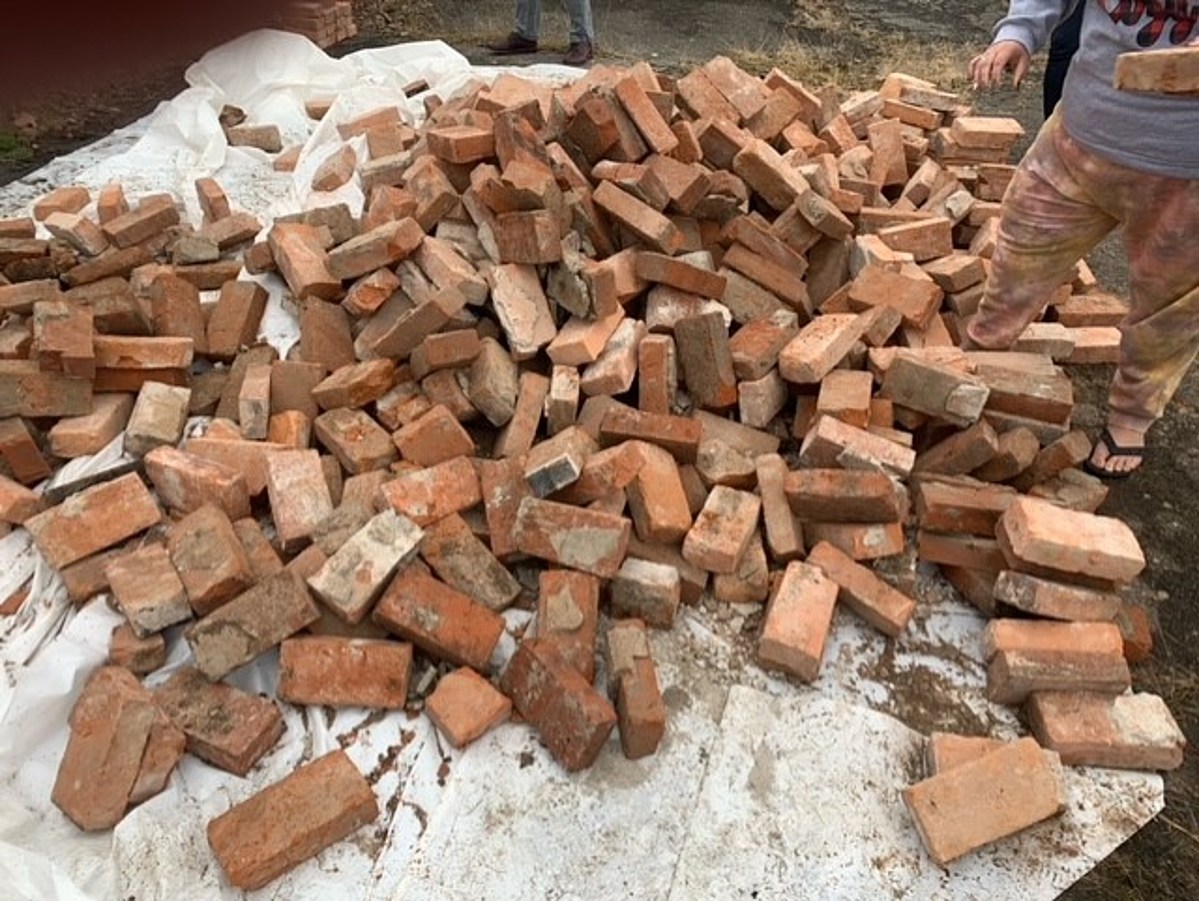 People with fond memories of the glory days of the IBM Country Club have descended on the Union Town site to claim a piece of Broome County history.

Bricks for the iconic Crocker Homestead on the Watson Boulevard property were made available Thursday by LeChase Construction and The Agency.

Thousands of IBM employees in Endicott, Glendale and Owego and other Binghamton-area locations have used the country club’s facilities, along with their families.

In recent years, the once meticulously maintained buildings and grounds have deteriorated as private owners have been unable to redevelop the flood-damaged site.

Now the legendary country club’s buildings are being torn down to make way for a $15 million apartment complex to be built by LeChase and Conifer Realty.

Broome County officials launched the site redevelopment project last year with the announcement that $2 million in federal stimulus funds would be made available to pay for demolition work.

Construction of the 75-unit building is expected to begin in the spring.

VIDEO: What’s in the ‘time capsule’ inside the 1951 IBM Country Club addition?

Although the United States does not have as long a history as some Old World countries, it still has a lot of historical charm. Stacker brings you a list of the 50 oldest cities in America.

Stacker, set out to compile a definitive list of all the Disneyland attractions you can enjoy today and categorize them by age. Using real-time data from tour plans, Disney archives, and historical press releases and reviews, our list begins with exciting recent additions to the park and works its way up to the oldest classics of the day. opening. This listing focuses on the original Disneyland park, so you won’t see any rides from its neighbor California Adventure located just across the boardwalk. Read on to find out about the oldest Disneyland rides you can still ride today.

WATCH: The quirkiest and most wonderful Route 66 attractions, state by state

Stacker compiled a list of 50 attractions – state by state – to see along the route, drawing on information from historic sites, news reports, Roadside America and the National Park Service. Read on to find out where travelers can get their kicks on Route 66.
Vesel wood