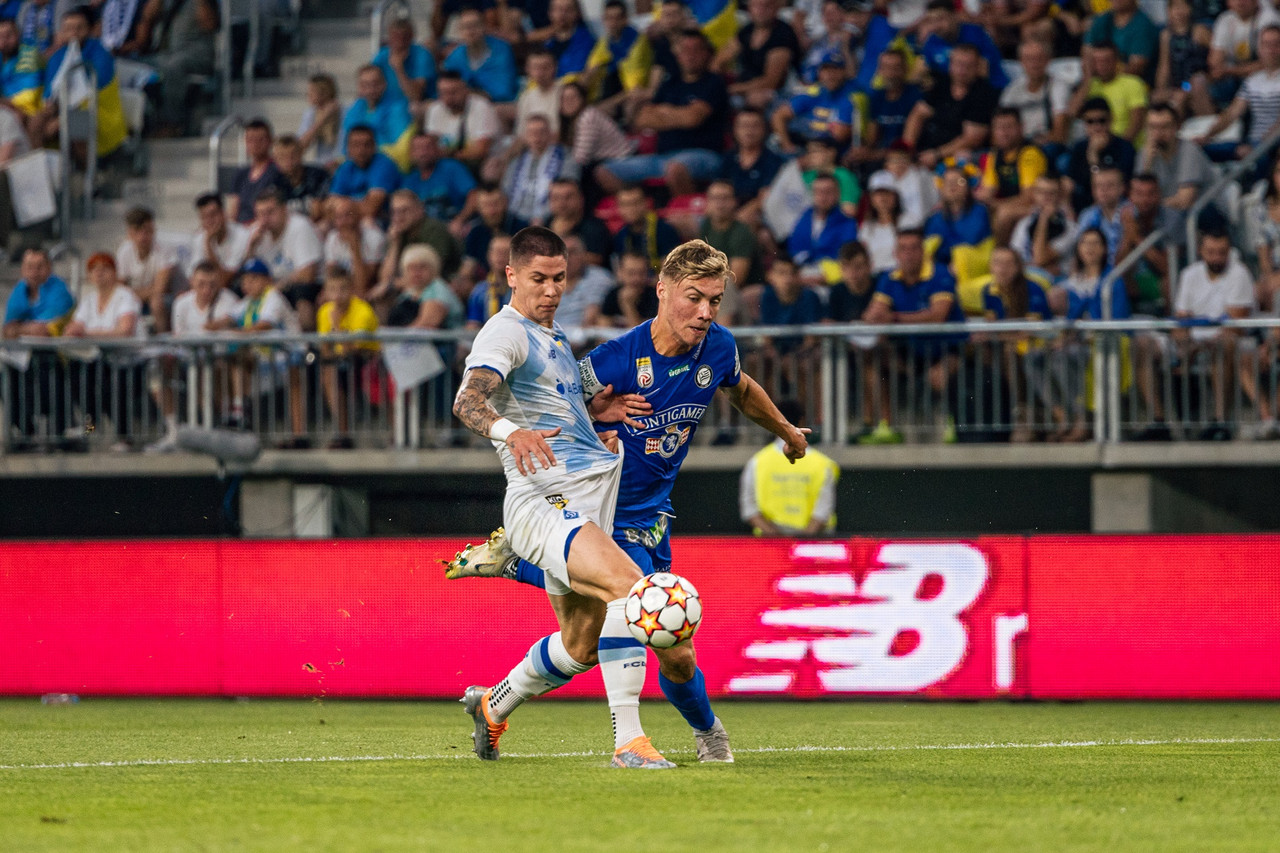 The game is over

The match is over, thanks for joining us in the broadcast of the match Sturm Graz (1)1-2(3) Dynamo Kyiv, we are waiting for you at VAVEL for further broadcasts.

Sturm tries with what they have but the game seems over.

GGGGGOOOOOOOOOOOOOAAAAAAAAAAALLLLLLLL!!! Viktor Tsyhankov receives a cross and scores the second for Dynamo.

Second yellow card for Manprit Sarkaria, Sturm finds himself with one less.

GGGGGGOOOOOOOOOOOAAAAAAAAAAALLLLLLLLLL!!! Kostyantyn Vivcharenko receives a cross and decides to tie the match and partial victory on aggregate.

The game is gradually approaching overtime and it could all come down to overtime.

Adjustments from both teams begin looking to break the tie.

Home and away game of the two teams, the tie can be broken at any time.

The second half begins.

We return to the break with a partial victory for Sturm by the minimum and tied in total at 1 goal.

After the goal, Dynamo increase the pressure in search of a forward comeback.

GGGGGGOOOOOOOOOOAAAAAAAAAAAAALLLLLLLL!!! Rasmus Højlund receives a filtered pass and defines a cross before the goalkeeper leaves, the aggregate is tied.

Sturm begins to enter the game bit by bit and is already starting to generate scoring options in the rival goal. The difference is 1 goal and the draw is not far away.

Greater pressure from Dynamo who continues to seek to open the visitor marker. Little danger in the goals of both teams.

Nice start for Dynamo who will try to increase their overall lead and secure their place in the next round.

The match begins at the Merkur Arena.

We are minutes away from the start of the UEFA Champions League preliminary game presentation and protocols.

Sturm’s board announced that they will give part of the box office to Dynamo Kyiv, this stems from the fact that they cannot play at home.

The last meeting between the two teams dates back to last week in the first leg when the Ukrainians won 1-0. The winning goal was the work of Oleksandr Karavayev.

We are just under an hour away from kicking off the game between Sturm and Dynamo at the Merkur Arena. Both teams will go in search of victory. Who will do it tonight? Follow our coverage on VAVEL.

Where to watch the game?

We remind you that the game will not be broadcast on television, but you can follow it via Paramount+ streaming.
If you want to follow it online, VAVEL is your best option.

How does the Sturm get here?

The Austrian team appears in this Champions League duel with the aim of the team managing to enter the Champions League group stage. Last season they finished second in the Austrian League with 37 points and secured a ticket to the Champions League qualifying stage. The club have made several additions so far, with Tomi Horvat, Vesel Demaku and Dominik Oroz being the most prominent. Sturm Graz will look to be one of the protagonists of the Austrian Bundesliga and to reach new heights in all the championships in which he participates. Last season, they took part in the group stage of the Europa League, where they only got 2 points and were sent off.

How does the Dynamo arrive?

Dynamo enter the second leg of the UEFA Champions League qualifying phase with the aim that the team will fight for a place in the group stage of Europe’s most important championship. Last season, the team finished in second place with 45 points, after 14 wins, 3 draws and 1 loss. Due to the war between Ukraine and Russia, the league was suspended and could not end in the best way, although the measures for the resumption of the league in Ukraine are still unknown, as long as it is over, the team plays constant friendlies to keep up the pace of the competition. Following the war problems in Ukraine, many players left the club and many grassroots players moved up to the first team. Dynamo managed to qualify for the round by beating Fenerbahçe 2-1.

Good day to all VAVEL readers! Welcome to the live broadcast of Sturm Graz v Dynamo Kyiv match, corresponding to the qualifying match for the UEFA Champions League 2022-2023. The match will take place at the Merkur Arena at 2:30 p.m.