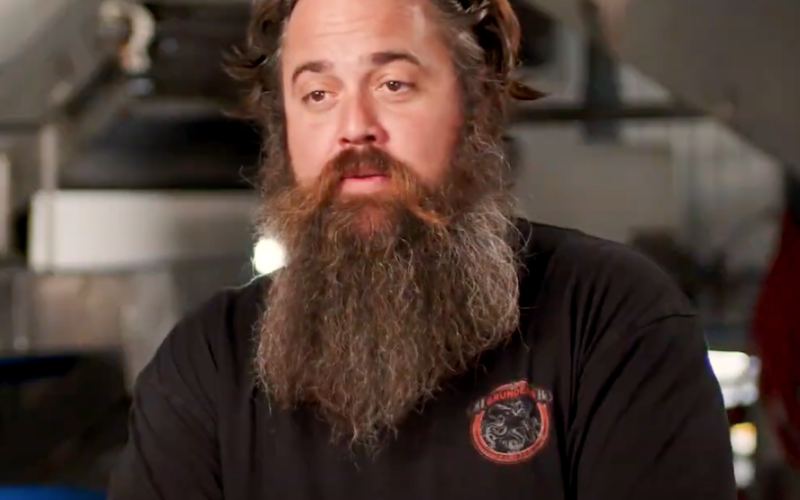 Atlantic herring fishermen are asking the U.S. Supreme Court to overturn a requirement that they pay for at-sea fisheries observers, at costs that could exceed $700 a day.

The fishermen’s certification application seeks to take their earlier lawsuit against the US Department of Commerce and the National Marine Fisheries Service to the High Court, after losing in a federal appeals court.

“We are fighting for our livelihoods and a future that is unfairly targeted by the excesses of the federal government,” said Stefan Axelsson, a third-generation fisherman and captain of one of the vessels involved, in a statement from the fishermen and their lawyers on November 10. “These rules could force hard-working anglers to give up a significant portion of their earnings.”

The lead plaintiff in the lawsuit, Loper Bright Enterprises of New Jersey, is associated with several vessels and fishing companies based in Cape May, NJ The group fought back against a 2020 National Marine Fisheries Service rule that required vessel operators to pick up the tab for daily at-sea observer coverage. Fishermen say Congress should fund the program.

“Making these vessels pay to have observer coverage on them only lowers the wages of hard-working fishermen and makes it less attractive for vessels to continue,” said Wayne Reichle, president of Lund’s Fisheries of New Jersey and owner. of two of the boats which are complainants. in the case. “In some cases, it prevents them from fishing.”

The NMFS announces that it will suspend the industry-funded monitoring program in April 2023, as the agency does not have funding for its own administrative costs. The fishermen’s appeal to the Supreme Court aims to prevent the return of mandatory monitoring payments in the future.

“I’m on such a small margin now, that I don’t know if the (herring catch) quotas come down, if I’m going to be able to do that,” Cape May fisherman William Bright said in a video produced by Reason for action.

Lawyers for the fishermen say their efforts with the Supreme Court are aimed at bigger fish: limiting the power of US executive branch agencies.

Led by Paul Clement, who was the United States Solicitor General, the top executive branch attorney in the George W. Bush administration, the legal team aims to attack a legal doctrine known as “Chevron deference.” .

Lawyers for the U.S. Department of Justice defending the fishermen’s lawsuit called the decades-old Chevron case law “principles for determining the extent to which an action by the court’s review agency should respect the interpretation by the agency of a law to which the agency has been delegated to administer.”

The cause of the herring fishermen has been embraced by the Cause for Action Institute in Arlington, Va., which calls itself “a nonprofit organization working to strengthen individual and economic liberty by limiting the power of the administrative state. to make decisions contrary to liberty and freedom”. prosperity by advocating for transparent and accountable government free from abuse.

Cause for Action lawyers argue that the Chevron rule “allowed Congress to contract out law-making to employees of executive agencies. This standard virtually guaranteed government victories in regulatory affairs by giving unelected bureaucrats carte blanche to craft rules without congressional approval.

The NMFS had no authority from Congress to compel herring fishermen to pay for monitors at sea, but went ahead and enforced that requirement through its own regulatory system, according to Clement and his legal team. .

“If Congress didn’t put it in there, Congress didn’t want to,” Clement says in the Cause for Action video. While the Fishermen lost their latest case in a split decision from the District of Columbia Circuit Court of Appeals, there’s a chance “Chevron is on life support,” Clement said.

In his dissent in that court of appeals decision, Justice Justin Walker wrote that “Congress can make profitable fishing even more difficult by forcing fishermen to spend one-fifth of their income on the salaries of federal instructors brought in by regulations on their ships. But until Congress does, the Fisheries Service cannot.

“Congress did not give NOAA the authority to outsource the costs of monitors at sea,” said Ryan Mulvey of the Cause of Action Institute. “It is time for the Supreme Court to get rid of Chevron and return legislation to its rightful place in Congress and the interpretation of statutes to its rightful place: the judiciary, not the executive branch.

Clement is also pushing for a federal appeals court hearing on controversial NMFS rules for the protection of endangered North Atlantic right whales. The Maine Lobstermen’s Association filed its first brief in that appeal this week.