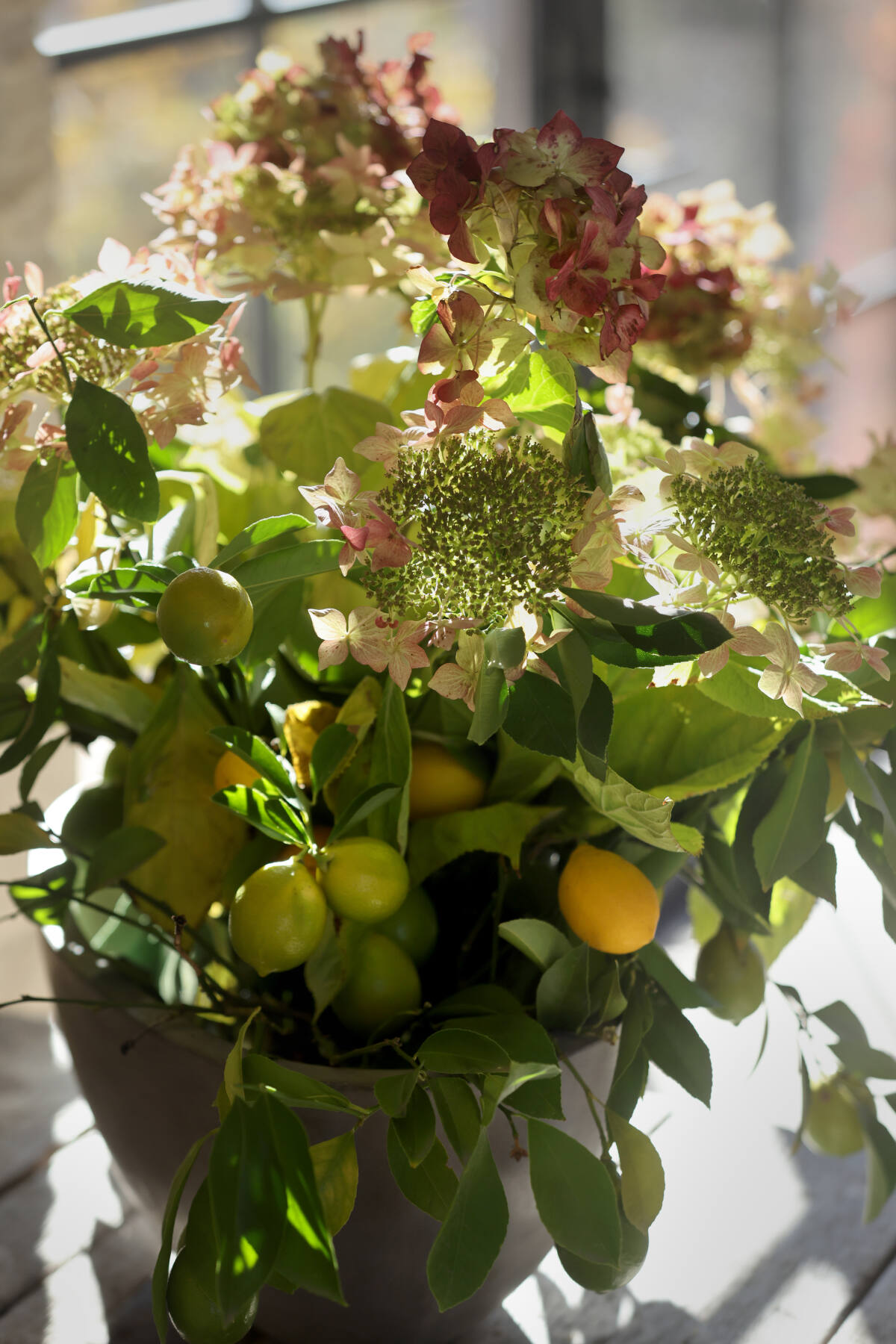 The Thanksgiving tradition is deeply rooted in American soil. It is therefore only fitting that the decoration of the party is also inspired by nature.

When it comes to decorating for the fall holidays, designer Wendy Owen doesn’t stray far from her Sonoma home. She can hitchhike to the San Francisco Flower Mart with her friend Anne Appleman. Or she can glean her ingredients right outside her door or just down the road.

While the meal focuses on the bounty of the fields, Owen’s centerpieces and table settings are inspired by the landscape around him. She loves the softer palettes of fall, in white pumpkins and eucalyptus bark, which complement the neutral tones of her home.

Owen’s signature look is natural. Her home, in the heart of the countryside outside Sonoma, exudes rustic elegance, with stone walls inside and out, wooden ceilings, and everyday architectural salvage pieces such as mirrors. and furniture brought from Europe and bearing the patina weathered by generations of use. Owen loves rough edges and gray washed old woods.

Decorating from nature rather than Home Goods or Target isn’t difficult and doesn’t require flower arranging expertise. Don’t be afraid to experiment, move things around, and substitute different plant materials, especially from your own garden, where they are plentiful and free.

You can decorate your entire living space with Earth’s fall detritus, anything that’s dried, faded, or fallen.

For example, Owen can work with an arrangement she already has, changing elements with the seasons. For fall, she replaced wilted orchids in a large pot with hydrangeas in fall colors of pale pink and rust, hung — with permission, of course — in a friend’s garden. Beneath them she arranged lime and lemon branches laden with fresh yellow and green fruit draped profusely from the sides.

It looks gorgeous but is deceptively simple and requires little prep work. Owen simply removed everything from the oval concrete container, filled a glass champagne cooler with water, and placed the cut hydrangeas and lemon sprigs in the water. Flowers and citrus branches completely hide the container inside.

“It’s all from my girlfriend’s garden down the hill,” she said of the arrangement, which makes a bold statement in a corner of her dining room. “I just said, ‘Can I come and cut vines in your vineyard?’ and she said ‘Wendy, cut whatever you want.’ Sharing cuttings with friends and neighbors is a great way to add arrangements because everyone has different things growing in their garden.

Its limestone mantelpiece was fashioned by Pascle Faivre of Sonoma, with stone from the same quarry used for the bottom of the Eiffel Tower, so it doesn’t take much to make it beautiful. Owen kept it sweet and simple with a line of miniature white pumpkins given to him by Artefact Design & Salvage in Sonoma, which changed his fall decor for the holidays.

The pumpkins, with their pleasingly plump shape, don’t take away from an artwork above the mantle called “Volumes of Love.” It was painted on the open pages of old Bibles by his longtime friend Charlie Mackesy, whose illustrated story, “The Boy, the Mole, the Fox and the Horse” was a New York Times bestseller. Owen incorporates pieces she loves from people she loves into her home, making it feel warm and personal.

Another decorative touch for fall could not be easier to achieve. In the kitchen, Owen placed a mix of deep orange tulips and green parrot tulips, his Thanksgiving favorites, in vases by French maker Jean-Baptise Astier de Villatte.

His trick was to place the cheapest tulips in the center and surround them with more expensive, unusual and eye-catching parrot tulips. A bowl of peach and yellow roses from her garden, on a coffee table by the mantle, provides another subtle pop of color that doesn’t require advanced arrangement skills.

“I like to use flowers that aren’t necessarily in season (like tulips in November) but to keep the colors in the season,” she said.

For her Thanksgiving centerpiece on her 18th-century pine table, she laid long pieces of eucalyptus bark the length of the 8-foot table. It’s a material we might not think of using, but Owen sees the beauty in the russet color and curved shape of the strips, which form a perfect bed for several large lumina pumpkins. She picked up the bark, literally, from the side of a road in Sonoma.

“I love using this eucalyptus because it’s like a table runner,” she said. “You can border it with any fall greenery you have in your garden.”

She bought bittersweet vines at the San Francisco flower market, as well as Chinese pistachio, and worked in fall-colored hydrangeas.

“I like to keep things very organic and unstructured in my arrangements,” Owen said, “especially the centerpiece of the dining table, (with) the rawness of the eucalyptus bark ribbons and the vine in bittersweet spiral.He has such movement.

Because Sonoma has many warm fall days, Owen didn’t neglect his outdoor table, a beautiful slab of redwood designed by his neighbor, the famous Ron Mann.

“It’s full of foam and has so much character,” Owen said. “I placed my favorite ribbons of eucalyptus bark as an organic table runner and topped it with a giant heirloom pumpkin (another gift from her friend at Artefact) and finally scattered branches of maple in fall colors.

“Anyone can do that,” she said. “It’s so simple and yet effective.”

The takeaway is not to be too picky or formal. Thanksgiving is a time to celebrate nature’s bounty. Save the silver and gold for the upcoming holidays and bring pieces of your garden indoors.