Growing risk of tanker accidents due to growing ‘dark fleet’ 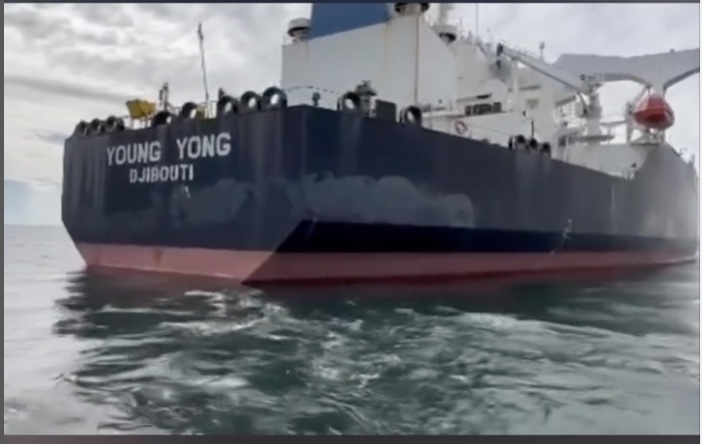 Poten brokers highlighted the risk in its weekly report with the dark or phantom fleet expected to rise significantly when the EU import and G7 price cap for Russian oil is implemented. Illicit trades usually involve older vessels, which would otherwise be recycled, with the bare minimum of repairs or maintenance.

The trades, although for less reputable owners willing to take the risk, are extremely lucrative and Poten noted that estimates by informed observers suggest that shipping rates for Venezuelan or Iranian barrels may be two or three times the market rate for legitimate travel.

“The illegal nature of the business makes it impossible to employ reputable crew chiefs and it is also difficult to obtain proper insurance. To conceal the illegal nature of their employment, the owners of these tankers frequently change the name and ship owner and affiliate them in jurisdictions that are known to be less stringent,” Poten said.

“Due to these factors, the risk of these vessels being involved in accidents is high, as is the potential damage that could be inflicted on crews and the environment (in the event of an oil spill).”

This risk has been highlighted in two recent incidents. The 21-year-old Djibouti-flagged VLCC Young Yong, which ran aground in Indonesian waters in the Singapore Strait, was carrying a cargo of crude oil from Malaysia to China.

“The VLCC in question was recently blacklisted by the US Treasury’s Office of Foreign Asset Control (OFAC) because it was part of the so-called ‘Dark Fleet’, involved in the illicit transport of Iranian oil. “Poten said. Learn more about the US Treasury Department

Meanwhile, a 20-year-old Aframax loaded with Russian crude was briefly adrift off the coast of Spain.

The Dark Fleet has grown significantly over the past two years, from 70 ships in November 2020 to 257 currently. The latest sanctions on Russian oil could lead to substantial new growth and Poten noted the strong sale of used tanker tonnage despite rising prices for older tonnage. He said at least 60 VLCCs, 42 Suezmaxes and 93 Aframaxes over 15 years old had changed hands since the start of the year.

“So far, Russian exports have only been impacted by limited sanctions. However, the average age of Aframax tankers, which carry the vast majority of Russian exports, has already increased markedly. If Russia starts using more Dark Fleet vessels, the average age of its export tankers will increase significantly and (unfortunately) the risk of incidents will also increase,” Poten concluded.