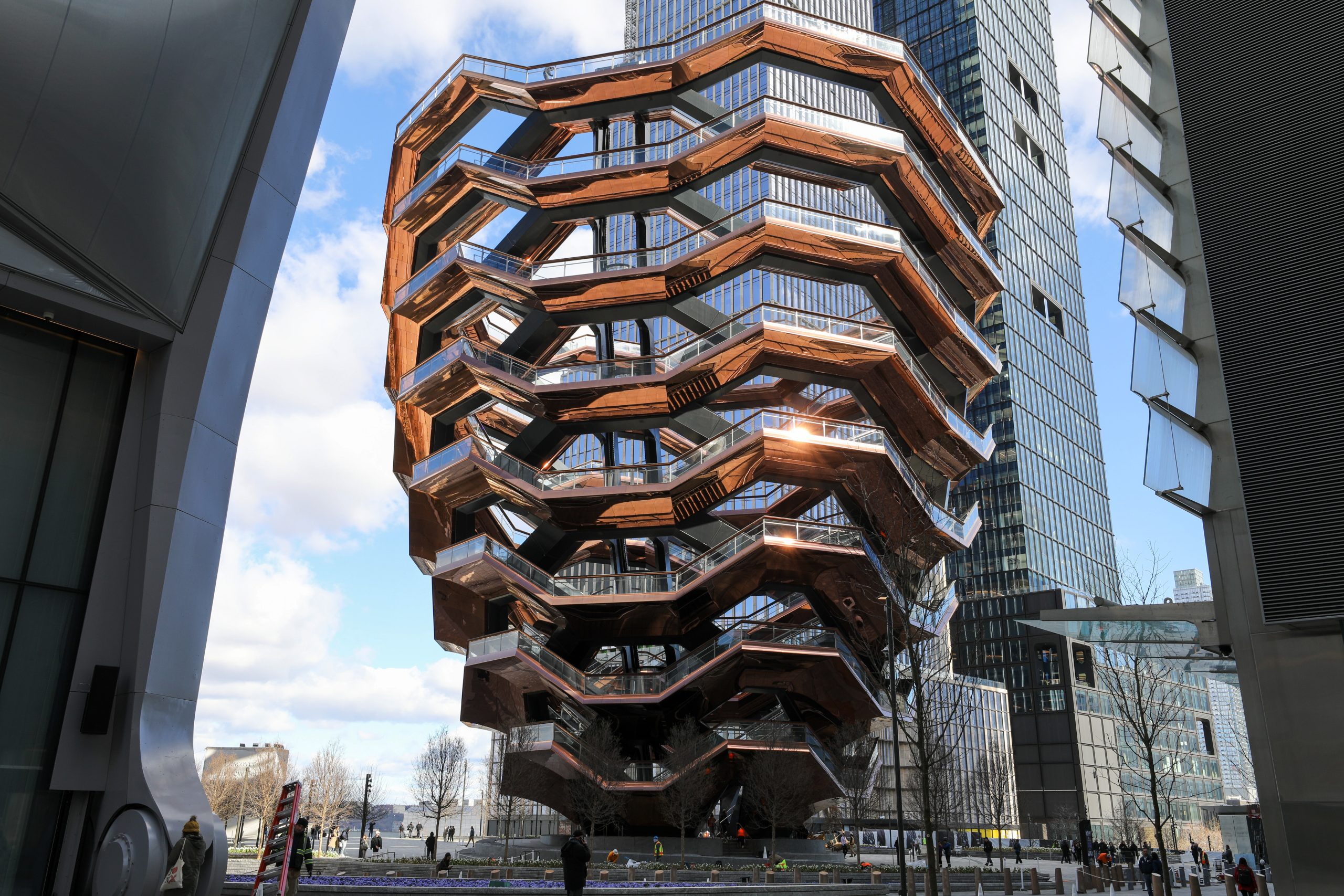 A 14-year-old jumped to his death Thursday afternoon, July 29, from the ship in Manhattan’s Hudson Yards. The teenager became the fourth to kill himself on Thomas Heatherwick’s 150-foot spiral staircase since it opened in March 2019. The site was again closed to the public, just two months after it reopened with new rules of security. It had been closed since January after two suicide incidents occurred at the site in a month. Steven Ross, billionaire Hudson Yards developer, told the Daily beast that the tourist attraction is never open again.

The New York Police Department (NYPD) noted that the teenager was found in front of the ship at around 1 p.m. and was pronounced dead at the scene. He had jumped from the eighth floor of the structure while visiting Hudson Yards with family members from New Jersey. The family witnessed the tragedy as it happened, police told the Daily News.

Despite warnings from architects and recurring appeals from the community, the developer of Hudson Yards Related Companies has consistently ignored requests to increase the height of the structure’s guardrails, which reach around waistline. In May, the company reopened the controversial site with new security measures, the main one of which was to require visitors to enter with at least one attendant and change its free entry policy to $ 10 per ticket. The company said it had also tripled its security staff and trained them in suicide prevention in addition to posting signs discouraging suicide and offering help to those in distress.

“We are heartbroken by this tragedy and our hearts go out to the family of the young man who lost his life,” a spokesperson for Hudson Yards said in a statement. declaration to the press. “We are conducting a thorough investigation. The ship is currently closed.

“We thought we had done everything that could really prevent this,” Ross said in an interview with the Daily beast yesterday. “It’s hard to really imagine how something like this could happen. But you know, I feel bad for the family.

Lowell D. Kern, chairman of Manhattan Community Board 4, urged developers to redesign the ship’s barriers since the site’s first suicide in February 2020.

“It was completely preventable,” he told the New York Times after yesterday’s tragedy.

“The community’s board has informed Related that the only surefire way to prevent this from happening is to increase the height of the barriers on the ship,” Kern added. “We sincerely hope that this time Related will take it all to heart.”

The related companies and Heatherwick Studio did not respond to Hyperallergic’s requests for comment.

The Lodge has a cheeky take on Christmas cheer.

The museum said its director, Richard Armstrong, suffered a 25% pay cut during the pandemic – but the cut did not apply to “compensation earned in previous years.”

The two European Parliament resolutions align it with bans already in place in the United States and China.

Art institutions in London, Amsterdam, Copenhagen and elsewhere are impacted by the new wave of closures.

Located in New York’s Hudson Valley, students have immediate access to the Hessel Museum of Art and the CCS Bard Library and Archives. Apply before February 1, 2022.