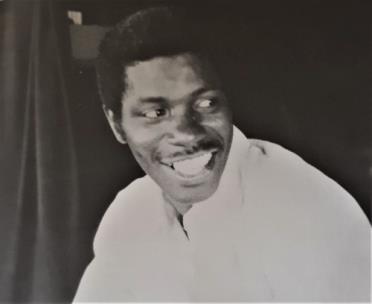 (Reproduced with permission from The Saddle Horse Report. https://www.saddlehorsereport.com)

The United Professional Horsemen’s Association is pleased to award the 2020 UPHA Tom Moore Hall of Fame to Eddie B. Womble.

A special presentation was held Saturday at the Cleveland Tri-State Charity Horse Show in McDonald, TN. The horse show and UPHA Chapter 8/17 graciously hosted a reception in his honor.

A talented rider, trailblazer and friend to many, Eddie B., as he is known to many, will now take his place among the greats of the industry.

Born just down the street on January 9, 1943, Eddie B’s life was intertwined with American riding horses from the start. When he was five, his family moved to the Yates family’s Pine Acres stables in Flintstone, Georgia. Eddie B. soon began working in the barn alongside his brothers and their father, LeeAndrew Womble.

He attended his first horse show at age 9 with Jimmy Martin, whom Eddie B. worked for after school and during the summers. When he was 14, Ann and Tommy Yates reopened Pine Acres Stables and Eddie B began working horses and giving riding lessons. Pine Acres had a thriving course schedule and introduced many local children to American Saddlebreds. Among the children in the lesson program was Marion “Little Bit” Hutcheson. Her father, John L. Hutcheson, decided to satisfy his daughter’s love for horses.

In 1966, Mr. Hutcheson built a Saddlebred barn at Happy Valley Farm and hired Eddie B. Womble to his staff. Eddie B. had the honor of leading the first horses, World Champion Lily Merrill and her sire and dam, Indiana Peavine and Ensign’s Fair Virginia, into the newly constructed barn. In addition to six months of active duty in the National Guard, Eddie B. remained at Happy Valley Farm for the next 40 years, training countless champions, until his retirement in 2006. Eddie B’s Career at Happy Valley started in the foal barn. He remembers those happy days usually starting with breeding 8-9 mares in the morning and then working foals the rest of the day. He has had the opportunity to work alongside many outstanding riders including Lloyd Teater, Sam Brannon, Bob Vessel, Nelson Green, Don Judd, Royce Cates, Bobby Gatlin, Dede Gatlin, Marilyn Macfarlane, Steve and Julia Joyce, Ray Yoder, David Kerger, Jack Magill, Jimmy Price, Frank Gray, Richard Lacy and others.

When Don Judd left the Valley, Eddie B. left the colt stable to work in the show stable. There he helped, successively, Sam Brannon, Bob Vessel, Nelson Green and Bobby Gatlin establish and maintain Happy Valley’s position as a major force in the American Saddlebred world.

The list of horses Eddie B. has helped train includes world and national champions such as Lily Merrill, Eyre Lad, Flavor Taste, Precious Princess, Sea Of Secrets and Half Angel during the Brannon years; Virginia Wolfe, Happy Valley Treasure, Last Dance, Star Scene and Ann Thompson during the Vessel years; Valley Venture, Contract’s Tinker Toy, High Rise Spirit, Merchant Prince, More The Merrier, Enlightening, and In Reality during the Green Years; and Allege, Cary’s Bold Dandy and Callaway’s New Look during the Gatlin years. Eddie B. assumed the head coaching position at Happy Valley in 1996 and continued the legacy with Grande Gil, Fortune and I’m The Prince.

Eddie B. first competed in the World’s Championship Horse Show in 1972, placing third in the Three-Year-5-Gaited Division with Man of Fortune. He remembers Hall of Fame trainer Redd Crabtree helping him get in the ring. World and Reserve World Champions presented personally by Eddie B include Wild Luck, Hurricane Lane, Alluring, Priceless, Just My Luck and Prediction.

Particularly adept at showing In Hand horses, Eddie B. was a fixture at Futurities in Kentucky, Tennessee and the Southeast, leading many Happy Valley colts and customers to victory.

Breaking down barriers, Eddie was one of the first of his breed to show horses in the Southeast. He was the first black man to compete in the Montgomery Horse Show. Riding Mary Jane Gregory’s horse, Half Angel, he placed second behind Sam Brannon and Princess Blanchita. Thirty-six years later, he was inducted into the Southeastern Charity Horse Show Hall of Fame.

They say that if you love your job, you’ll never work a day in your life. Eddie B. truly enjoyed riding and training horses, and the camaraderie among fellow riders. Endowed with a natural ability, Eddie B. always remembered that his father said “it’s all about the horse”.

Former colleague Nelson Green said: “I think everyone associated with Happy Valley agrees that the farm would not have achieved and maintained its status without Eddie B. He was the glue that held it all together. Not only did he could train a horse, but he could fix any piece of equipment, put in hay all afternoon, and most importantly, he could quickly turn a tense atmosphere into laughter with his quick wit. what we accomplished at Happy Valley and proud to call him my friend.”

Eddie B. would like to thank all of the coaches, grooms and handlers he has worked with who have helped make this honor possible. He acknowledges the help and encouragement of Marty Mueller, Claude Shiflet and Bud Willimon. He gives special recognition to Ann and Tommy Yates, owners of Pine Acres Stables, for recognizing the horsemanship and dedication of LeeAndrew Womble and his four boys: Jimmy, Eddie B., Chaudion and Andrew.