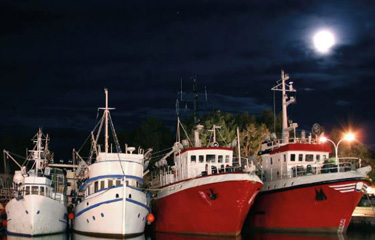 The FiTI is a global, multi-stakeholder partnership focused on improving transparency and collaboration in marine fisheries management. It works with the governments of coastal nations around the world to produce country reports that provide an in-depth dive into the state of the country’s seafood sector. The first report was published in April 2021 by Seychelles, followed by Mauritania’s report in May 2021, and subsequent reports have since been published covering Senegal, Cabo Verde, Madagascar, São Tomé and Príncipe, Ecuador, Bangladesh and Mexico.

The reports assess the level of information that national authorities publish on government websites about the countries’ marine fishing sector, with the aim of providing a clearer picture of levels of transparency in the governments’ fishing sector and create a benchmark to show improvements over time. , as well as ideas for possible improvements.

As the FiTI has rolled out the assessments, there has been interest in creating a Global Fisheries Transparency Index that would use its reports to rank countries on their level of transparency. On July 21, 2022, the FiTI issued a statement strongly opposing the creation of such an index. While such an effort could incentivize national authorities to release more data and allow closer monitoring of changes in levels of transparency, and could create positive publicity for the issue of transparency, it risks oversimplifying the complexity sea ​​fishing in a harmful manner.

“Transparency within countries is important, but there are national contexts and international influences that need to be recognized when comparing them to each other,” the FiTI said. “There are many reasons why the temptation to create a global fisheries transparency index should be resisted. While analysis of transparency within and between countries is important, research must recognize national contexts and international influences. Sustaining positive change over time requires collaboration and an understanding of national priorities and resources. A global transparency index offers, at best, a blunt instrument to achieve this – and risks oversimplifying the complexity of marine fisheries.

For developing countries, which are normally at the bottom of international index scores, their underdevelopment is the result of international relations and abusive or unfair trade, the FiTI said. This leads to misleading assumptions that fisheries governance is the product of choices made by national governments. Furthermore, the data underlying the ranking may not even be accurate, as foreign investment contracts and powerful foreign partners often require their data to be kept confidential, lowering the country’s overall transparency score. And governments can release information or data that is difficult to interpret, which can lead to misunderstanding about whether a government is transparent or intentionally obfuscated.

In addition, the FiTI said, for the index to be useful, national assessments need to be carried out in most fishing nations of the world at regular intervals, which is not currently the case. The FiTI said indexing to arrive at a single score reflecting fisheries management and transparency would require the creation of a weighting formula which would most likely open up to accusations of subjectivity, particularly in relation to the ambiguous concept of transparency.

On fishing transparency, the FiTI said there were simply too many factors to take into account when comparing countries, which made the comparison pointless. Some countries have large industrial fishing sectors that operate in international waters, while others are entirely small-scale and only operate in their own internal waters. Some countries provide significant subsidies to their fleets, while others provide no support at all. It is likely impossible to provide a single scoring metric that meaningfully captures all the nuances and complexity of the global fishing industry, the FiTI said.

Finally, the FiTI denounced a “naming and shaming” approach that a global fisheries transparency index could allow.

“It would be a superficial approach to the systems behind how change actually happens in countries,” he said. “Real change involves aspects such as governance, living standards and/or environmental sustainability. Even if a score change occurs, it is often the countries that make cosmetic changes to occur slightly higher, but without substantial change to increase transparency.

The FiTI has not ruled out making comparisons between countries or groups of countries or denouncing poor performance.

“There are also specific areas where benchmarking could work well, such as demonstrating the different levels of publicly available information on vessel licenses published by major deep-sea fishing nations, or publishing information on subsidies among major fish-producing countries,” he said. “But a composite transparency index that attempts to rank every coastal country, including the myriad of small island developing states (SIDS), into a single score is a step too far.”

The FiTI said that for its efforts to compile its country-by-country reports to translate into improved fisheries governance, “the information must be meaningful to those who use it”.

“It’s hard to imagine how competing on a global ranking system would drive this outcome,” he said.