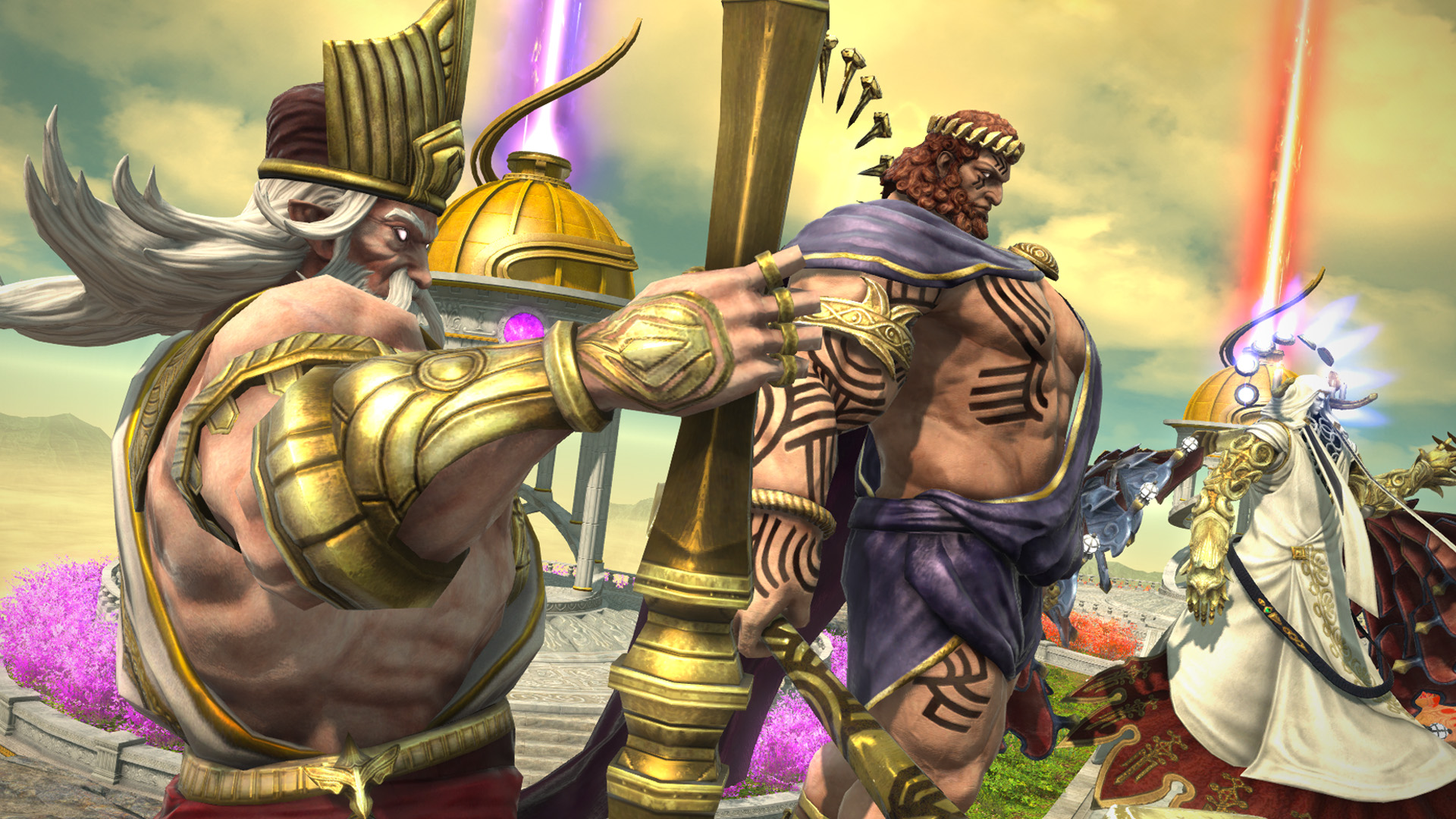 Want to know more about the Final Fantasy XIV Aglaia Raid? Introduced in the recently released 6.1 patch, Aglaia is the first stage of the Raid Alliance. The Aglaia Raid brings together three groups of eight players each to fight against the deities of Eorzea. As is the case with most raids in this MMO game, there’s a unique storyline to explore, powerful gear to find, and more.

This raid is part of the Myths of the Realm series, giving players a chance to learn more about the twelve gods of Eorzea, exploring the deities that lurked on the fringes of the game from the start. To jump into the Final Fantasy XIV Raid on Aglaiayou must be level 90, have at least item level 565, and complete all main storyline quests in this new patch.

Once you’ve done that, go to Old Sharlayan and talk with the Fresh-faced student (X:9.1 Y:11.5) to get the “A Mission to Mor Dhona” quest – this mission chain leads you to the raid. Here’s what you need to know to tackle the main bosses in the Final Fantasy XIV Aglaia raid.

Compared to other Alliance raids, Aglaia is one of the easiest to get through, mechanically speaking. You’ll find plenty of group damage, AoE, and tank destroyers, but most obstacles are already present in other tasks within FFXIV.

In total, there are four bosses and two minor encounters. A chest drops after defeating bosses, each containing two pieces of equipment for a specific type of job. Only the final boss drops more gear, as well as the Map of Naldthe Winder Azeymaand the In balance orchestra roll. As this is a new raid, for now you can only get one drop per week outside of Orchestrion maps and scrolls.

The first raid boss is the Zeus-like god, Byregot. The first phase of the fight is a standard boss battle that takes place in the arena. After some time, Byregot marks both sides of the arena and crushes them, marking the start of the second phase.

Be careful around the sides of the arena as Byregot spawns swinging hammers to hit the stage, moving large chunks of the arena. The secret to surviving during this phase is to stay on the opposite side of the glowing hammers. Once they reach the arena, a safe zone appears that prevents you from falling, similar to a mechanic used in Zodiark’s Endwalker trial. During combat, Byregot uses powerful skills that are important to keep in mind:

The Byregot Strike spawns a blue circle on the ground that knocks players back. You must carefully position yourself at the edge of the circle to be pushed away from the impact, allowing you to avoid taking damage. There is a more powerful version of Byregot’s Strike where Electric Cone attacks follow impact, so you need to position yourself carefully so you can be pushed into a safe area.

Byregot district is a tank buster type attack that targets the player with the most aggro at the time, and Reproduce sees Byregot create five copies of himself. All copies of Byregot perform a frontal attack, but the attacks of copies that do not glow will be slower. Stand in the path of the non-light copies first, then switch to the other paths after the faster attacks have passed. 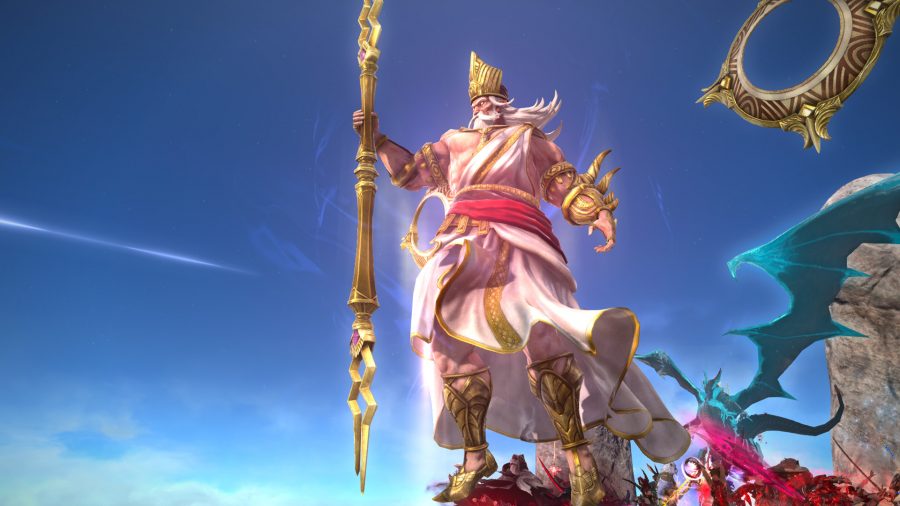 the Rhalgr combat takes place in an arena shaped like a massive hand. As with Byregot, there are some special moves you need to watch out for. Rhalgr attacks with the Advent of the Eighth and follows it with Hand of the Destroyer. This causes two of the four rings floating around him to turn into large portals – one blue and one red. The two remaining rings will float in front of him, also colored blue and red. Each time Rhalgr hits a ring, a devastating AoE attack emerges from the portal of the same color.

To avoid this attack, pay attention to the arm Rhalgr is raising and the color of the ring he is trying to hit, then head to the side of the arena that matches the other color. The second version of this attack features a portal with a large AoE marker in front of it. Later in the fight, Rhalgr mixes up the two versions, so keep using the same strategy that suits which version of the attack Rhalgr is using.

During combat, he uses Rhalgr Lighthouse which repels players. In its second version, position yourself to be pushed into one of the fingers that don’t have purple orbs with AoE markers. There is also the Destructive traita tank destroyer attack and bronze work, which creates two groups of cone-shaped AoE markers. Stay in one of the second groups until the first attack explodes, then move to the safe spot.

Aglaia’s third boss is Azeyma, one of the guardians of the kingdom. She has many different skills and even though her fight doesn’t have a specific gimmick like the previous two, this battle can be tough – be prepared to face lots of AoE attacks during this fight.

First there is the solar wings attack that summons large AoE cones that cover each side of the arena. There is also The shine of the sun: In his first phase, Azeyma summons spheres of fire and detonates them. After a while, Azeyma clones appear next to the spheres. To avoid damage, stay behind the copy that the others are not facing.

The hardest part of the battle is when Azeyma uses Solar fans, radiant rhythmand Radiant finish in this order. When the fans stop, two huge AoE markers appear. You must move to one of the other quadrants to avoid taking damage.

When she uses solar fold, Azeyma performs a cross attack and leaves four counters on the ground. Right after, she creates copies of herself to blast the Solar Flair orbs in a specific direction. Avoid this attack by going to a quadrant that no other copy is facing.

The last major skill you should learn is forest fire service: This attack covers the whole arena in flames and has a triangular-shaped safe zone. Shortly after, shooting lines are drawn around the arena in a specific order with a direction. Pay attention to these lines as they are ready to explode in the order the directions appear. Try to stay on the long edge of the triangle to avoid being pushed into the fire. 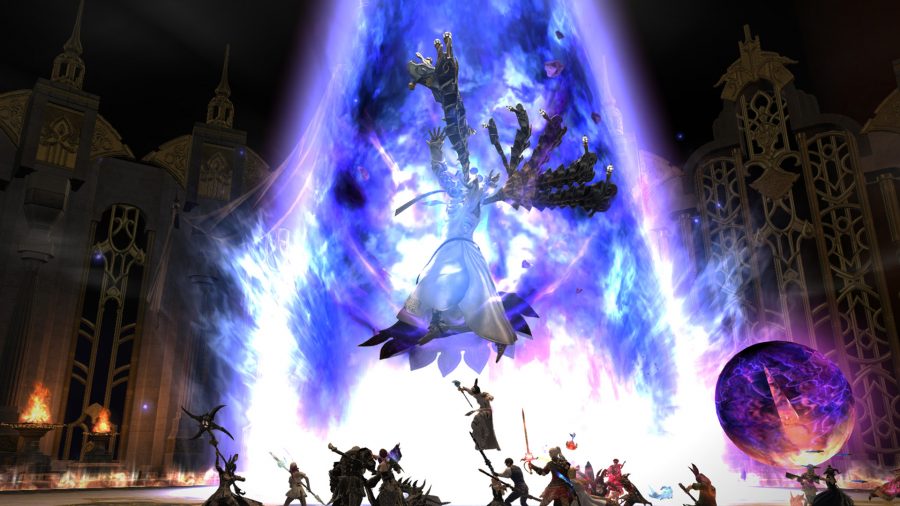 The final battle against the raid boss Aglaia is against Nald’Thal. This is the toughest fight in the raid as it comes prepared with a variety of attacks to complicate things for your party. From the start of the fight, Nald’Thal uses Heat above, flames below, adding dangerous areas to the arena. If the arena walls are blue, the safe zone is yellow, but if they are yellow, you need to move to blue.

Nald’Thal also uses Once above, always below which summons two sets of circles, one blue and the other yellow. Keep an eye out for which color matches the color of the arena – those circles are ready to explode. Stick to the opposite color to avoid taking damage. In addition to this, tankers and healers should pay attention to the golden principle skill – a tank destroyer that forces all tanks to group together to minimize damage to the rest of the group.

The main mechanism you should be aware of is Web measurement. First, the boss summons three soul vessels. Once the ships are defeated, a weight symbol appears above your character and the arena is split into two sides. Everyone must split between the two sides to balance the ghostly ladder at the edge of the arena. The position of the spirit ship corpses also contributes to the weight on both sides.

The final sequence is one of the most confusing mechanics in the entire raid. The Nald’Thal sequence of turn me on, Get started II, Get started IIIand Wealth flow. When Nald’Thal casts one of the Fires, this ability places a mark on the arena and displays a blue or yellow symbol above his head. Yellow indicates a knockback attack, while blue indicates a large AoE. Attacks are set to explode in the order indicated by the diamonds above the markers.