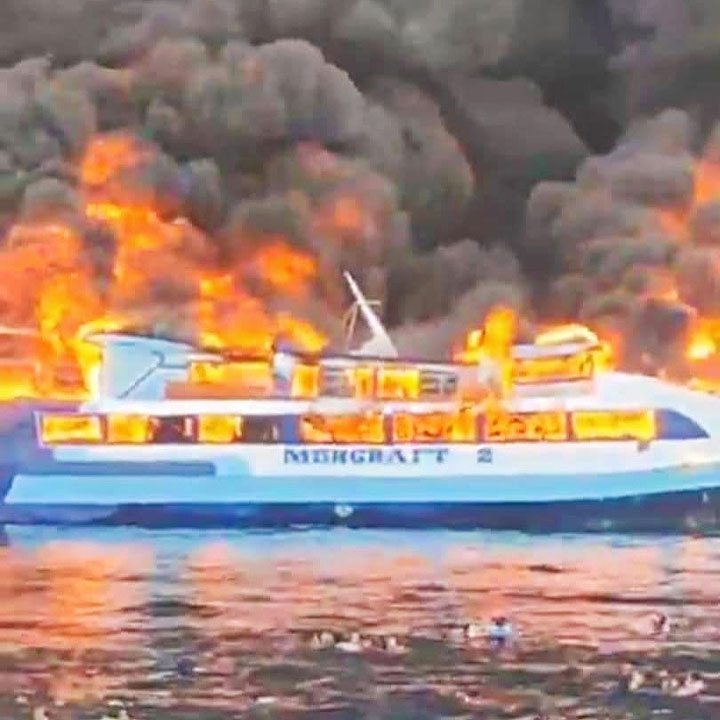 The FIRE on a fast ferry that killed seven passengers and injured 24 others on Wednesday broke out in the ship’s engine room, according to the Philippine Coast Guard.

After search and rescue operations which ended around noon, the Coast Guard reported that five women and two men were confirmed dead while 127 were rescued, including 24 injured.

The marked high-speed vessel MV MERCRAFT 2 had 126 passengers and eight crew on board.

Two ro-ro vessels and four motorized bancas that were in the vicinity of the incident participated in the rescue operations, the coast guard said.

The passenger ferry left Polillo Island around 5 a.m. bound for Real, Quezon on the Luzon mainland, about 100 kilometers east of the capital Manila.

The coastguard said it received a distress signal from the ship around 6.30am, citing a fire on board.

Photos posted by the Philippine Coast Guard on its social media pages showed the fastcraft engulfed in fire.

The fire was brought under control around 9:33 a.m. and the vessel was towed to Baluti Island in Real, Quezon.

As of December 2017, Philippine Coast Guard records show that a MV MERCRAFT 3 ship sank in the same channel, killing four people while 166 were rescued and seven are still missing.—MSJ