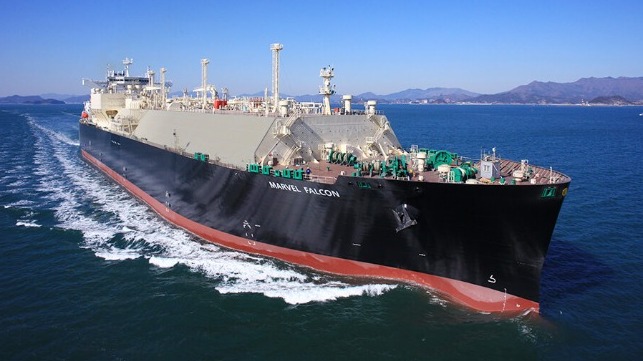 Efforts continue to develop Japan’s ammonia infrastructure to support the increased use of the chemical in the country’s green initiatives. Japan’s largest ammonia importer Mitsui has announced plans to build a new ammonia transporter that will also be ready to switch to ammonia for its propulsion. At the same time, the Norwegian company Yara and its Japanese partners are studying the establishment of a national distribution network for clean ammonia and a bunkering activity in Japan.

Mitsui, which says it has handled ammonia for about 50 years and currently handles about 700,000 tonnes of ammonia per year, has signed a charter agreement with the shipping company IINO Kaiun Kaisha to operate the ammonia transporter from new generation. According to the companies, the vessel is “the first ammonia transporter in the world to be designed and built on the basis of Basic Ammonia Ready Vessel Certification by the American Bureau of Shipping.”

The South Korean Hyundai Mipo shipyard was contracted to build the vessel. It will have a capacity of 23,000 m3 of ammonia which will be used after its delivery in December 2023 to transport ammonia mainly from South East Asia, to Japan and North East Asia. Mitsui says the ship will ensure a constant supply of ammonia, which is used by customers as a raw material for chemicals and fertilizers. However, in the future Mitsui will also consider using the ship to supply ammonia as fuel to Japan.

The companies say the new vessel, which will be 525 feet long, will be their first environmentally friendly vessel. The ammonia-ready propulsion system will include a main engine developed by MAN that will be able to run on LNG and switch to ammonia when fuels become commercially available. It will be an energy efficient design to meet Phase III requirements and offer smart ship solutions.

Earlier this month, Japan’s largest power generation company JERA announced it was expanding its ongoing collaboration with Norwegian company Yara, which focuses on decarbonizing power generation in Japan. . JERA and Yara, joined by Japanese fuel company Idemitsu Kosan, will now investigate the potential for an ammonia bunkering and distribution business to the industrial sector in Japan. Some of the areas they will work on include establishing a nationwide ammonia distribution network based at the Tokuyama complex in Idemitsu Kosan, an ammonia bunkering company, and optimizing the supply chain of shipping for ammonia based fuels.

As part of its measures to achieve carbon neutrality by 2050, the Japanese government’s plans aim to import three million tonnes of ammonia for fuel by 2030 and 30 million tonnes by 2050.