Drought threatens major rivers in US and Europe 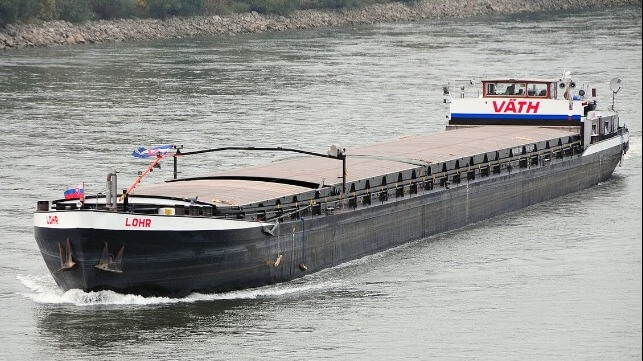 Over the past two weeks, mainstream media headlines have been awash with news of sweltering temperatures ravaging Europe and parts of North America. At least one segment – the recent record-breaking heatwave in the UK – has been made 10 times more likely due to climate change, according to well-regarded group World Weather Attribution.

Of note is the drop in water levels of major rivers, lakes and inland seas around the world. These bodies of water are a link to electricity, transportation, navigation and recreational activities for millions of people.

The Colorado River drought in the United States is a classic case of falling dominoes in a country’s inland water system. Although overexploitation of the Colorado River basin is among the factors that have led to its decline, climate change has exacerbated the situation. As the atmosphere warms, the Rocky Mountain snowpack that feeds the river decreases over time. Less water flow in the Colorado River Basin means the $1.4 trillion economy it drives is in jeopardy.

Lake Mead and Lake Powell, the two largest water reservoirs in the United States, are backed by the Colorado River Basin and have shrunk to record lows. Their combined storage has gone from 95% full in 2000 to about 25% full this year.

Last year, the boat ramp at Boulder Harbour, a major marina on the western shore of Lake Mead, had to close. At the time, the depth of the channel was about two and a half feet – too shallow to allow safe access to the lake.

The Colorado River once crossed the US border into Mexico, emptying into the Sea of ​​Cortez. With the river barely crossing the border, a once thriving marine ecosystem in the region’s delta is disappearing.

On the other side of the Atlantic, the Danube, Europe’s second largest river, has also started to show signs of decline. The lower Danube, which straddles Romania, has seen a significant drop in water levels.

Romania is a major exporter of cereals and sunflower to the EU, with part of its farms depending on the Danube basin for irrigation. The government has already warned that this year it could export far less maize after drought-ravaged harvests. Water storage has been an issue, with levels around half the multi-year average this year.

Besides agriculture, the low water levels of the Danube in Romania also jeopardize the transport of the river and the production of the power plant along the river basin.

Meanwhile, the Rhine was also affected by the changing climate regime. As one of Europe’s important inland waterways, its current low water levels are baffling, especially in Germany.

“The Rhine is an essential waterway, on which goods are shipped to and from the industrial centers of southern and western Germany. Low water levels mean river barges will have to travel with reduced freight to limit their draft or even stop operating altogether,” Salomon Fiedler, an economist at Berenberg Bank, said in a note last week.

Recently, water levels at Kaub, a key choke point for waterborne freight, stood at 71 centimeters (cm) – below the recommended navigational datum of 78cm.

Data from the Federal Institute of Hydrology in Germany shows that water levels are expected to drop further in the coming weeks and remain below the benchmark for the foreseeable future. A normal water level at the Kaub measuring station is usually around 200 cm.

Around 80% of inland waterway freight transport in Europe is based on the Rhine. It passes through major cities and ports such as Cologne, Düsseldorf, Rotterdam and Basel.

In Germany, it is crucial for the transport of agricultural products, coal, oil and chemicals. In the past, Germany’s manufacturing industry has been badly affected by falling water levels in the river.