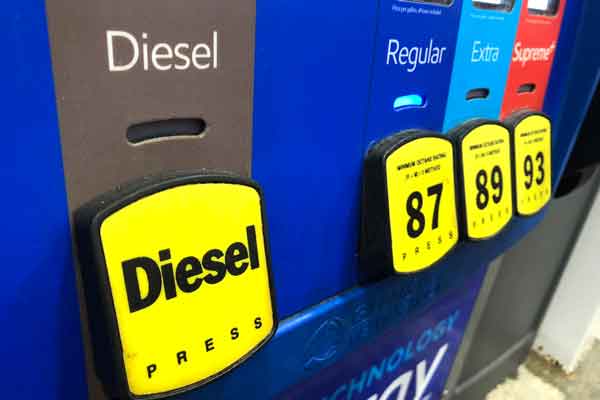 For the week ending September 26, the average US diesel price fell 7.5 cents to $4.889 per gallon. According to the US Energy Information Administration (EIS), this price was $1.483 higher than the same time last year. This most recent price marks the first time since March that diesel was below $4.90 per gallon (after dropping to $4.849 on March 7).

FMC Seeks Comments on Definition of “Unreasonable Refusal to Deal”

The Federal Maritime Commission (FMC) has sought public comment on how to define a shipping carrier’s unreasonable refusal to deal or negotiate with respect to vessel space. The definitions of “refusal to deal” and “accommodation in ship space” are at the heart of a proposed FMC rule, as required by the Shipping Reform Act 2022 and explained in a notice of public regulation.

Under the proposed rule, FMC would determine unreasonable denial of carriers on a case-by-case basis. For example, because many ocean carriers have seen their ships leave the United States with empty container loads, many agricultural producers are unable to transport their exports. Also, under the rule, the burden of proving an unreasonable refusal would shift from the shipper to the carrier. Stakeholders are invited to comment on the rule until October 13.

FMCSA Seeks Comments on Use of ELDs

The Federal Motor Carrier Safety Administration (FMCSA) is seeking public comment on current regulations regarding the use of electronic logging devices (ELDs). The agency wants to clarify the language of the rules and address technical concerns raised by industry stakeholders.

The FMCSA is seeking comments on five areas where it is considering changes: how the rules apply to pre-2000 engines; how to resolve ELD malfunctions; how ELD products should be removed from the FMCSA’s list of certified devices; how ELD technical specifications should be revised; and how ELDs should be certified. Comments can be submitted here before November 15, 2022.

The U.S. Department of Transportation’s Federal Highway Administration (FHWA) recently announced it will provide millions of dollars in emergency (ER) funding to help repair roads and bridges damaged by storms, floods, fires forest and other events in recent years.

For the week ending September 15, unshipped balances of wheat, corn and soybeans for the 2022/23 marketing year totaled 40.14 million metric tonnes (mmt), down 21% from the same period last year.

US Class I Railroads shipped 19,199 grain cars in the week ending September 17. This is an increase of 5% from the previous week, 1% less than last year and 4% less than the 3-year average.

The average October shuttle side car deals/offers (per car) were $927 above the rate for the week ending September 22. That was $648 less than last week and $119 more than this week last year.

For the week ending September 24, grain movements by barge totaled 220,300 tonnes. This was 5% more than the previous week and 17% more than the same period last year.

For the week ending September 24, 136 grain barges sailed down the river, 6 barges more than last week. There were 489 grain barges unloaded in the New Orleans area, down 16% from last week.

For the week ending September 22, 21 ocean-going grain vessels were loaded in the Gulf, up 11% from the same time last year. Over the next 10 days (starting September 23), 37 ships were expected to be loaded, 30% less than the same period last year.