Diablo Immortal: How to find (and defeat) Blood Rose 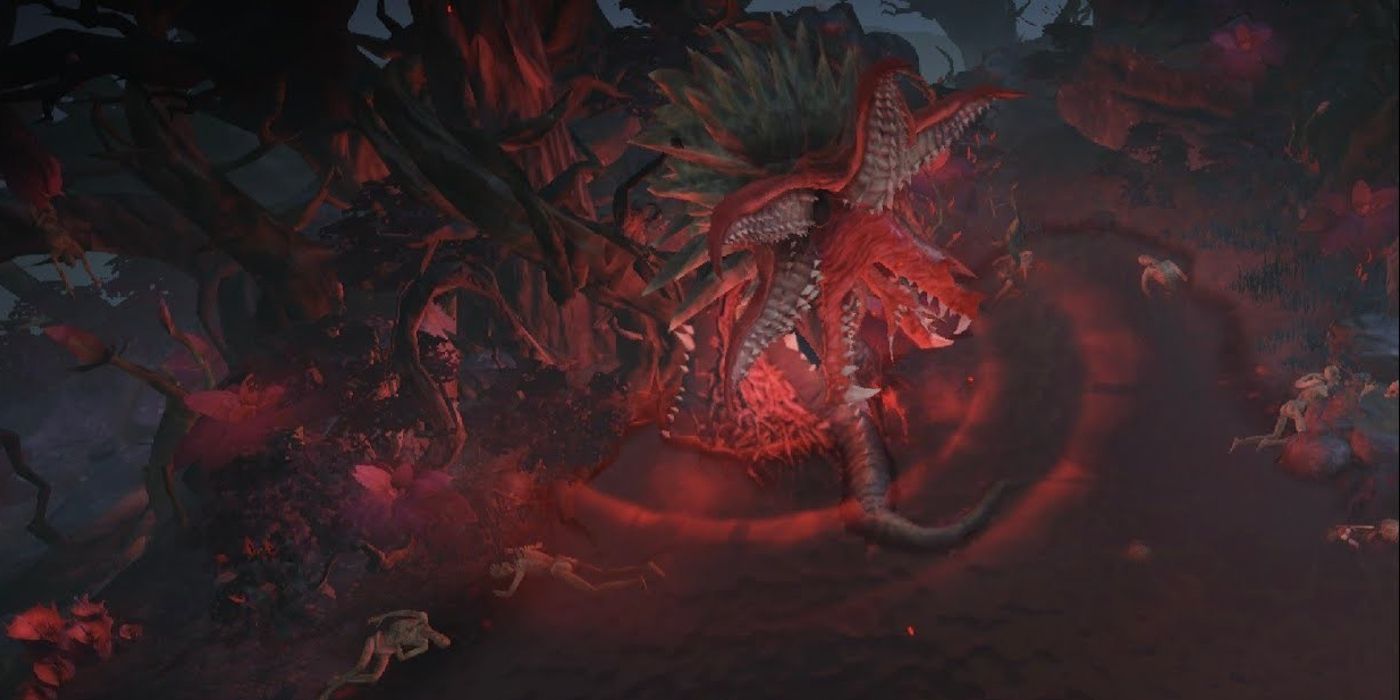 The Blood Rose in Diablo Immortal is a difficult world boss that can be found in the Dark Woods, and it will take multiple players to defeat it.

Blood Rose, Vessel of Rebirth, is one of the bosses of Diablo Immortal and he can be difficult to defeat, especially for players trying to beat him as a world boss. Blood Rose is located in Dark Wood and will be encountered as a boss in one of the relatively early story missions. However, players can also return to Blood Rose’s spawn location while exploring to beat a stronger version of the boss alongside all the other fighters in the area.

Blood Rose is the source of the corruption plaguing the Dark Wood, and players will need to defeat it as part of the “blood resurrectionmain story quest. It is much easier to defeat Blood Rose as a story quest boss than as a world boss because he has much less health, but the boss’ attacks will be the same. Players will need to defeat Blood Rose in order for players to enter and complete the Forgotten Tower dungeon in Diablo Immortal.

Blood Rose is located in the second region, Dark Wood, and is located after the Blood Ruins. There is a small path on the map farther west than any other area, and Lair of the Blood Rose is at the end of this path. There are two phases during the Blood Rose fight, as well as a few powerful attacks in each part of the battle which should be avoided as much as possible in order to stay alive and defeat the boss.

How to Dodge Attacks and Defeat Blood Rose in Diablo Immortal

As a world boss, Blood Rose will have at least seven million hit points depending on the difficulty level, so it is recommended that players invite a few more into battle. Players can invite their friends to Diablo Immortal or use the world chat to find other fighters before attempting to defeat Blood Rose. Although very difficult, it is possible to beat the boss alone, but it will depend on the player’s character class, level and skills used. To defeat Blood Rose as a world boss, players must be at least level 50.

Throughout the fight, Blood Rose will fire a sweeping beam, use projectiles, summon Dark Creepers, fire spikes, and heal itself by siphoning life from anyone in the red circle in front of it. In addition to the healing ability, Blood Rose’s projectiles also have red circles that appear to indicate area of ​​effect. Staying out of red circles is key to winning, and it’s easier if players have a running ability, like the wizard’s teleport skill in Diablo Immortal. The beam can also be completely avoided if players stand on the left edge of the arena as it is just beyond attack range.

As long as there are multiple combatants and Blood Rose’s attacks are dodged as much as possible, it shouldn’t be too difficult to defeat this world boss. In addition to fighting the world boss Blood Rose, players who have reached level 60 and upgraded to Hell difficulty can complete Dark Wood’s Purify the Corruption event. Defeating Blood Rose is one of the best ways to fill up the meter for Purify Corruption in Diablo Immortalso players can win the world boss fight for rewards while simultaneously working to complete the event.

Diablo Immortal is available for PC, Android and iOS.

Jamie K. Russo is a Senior Writer for Screen Rant who has been writing reviews, guides, and features for the games section since 2021. She holds an MFA in Creative Writing and a BFA in Computer Animation from the Full Sail University. Jamie is an avid gamer with a particularly strong love for action-adventure and horror games. She started playing video games with her family when she was three years old and has let her love for them guide her ambitions ever since. Jamie has always loved games and is obsessed with finding every collectible and easter egg to find. She grew up on Long Island but has since moved to a rural part of Pennsylvania where she happily resides as a cat player. Alongside her work at Screen Rant, Jamie is a published novelist, screenwriter and future short film producer who plans to continue sharing her creative visions with as many people as possible.