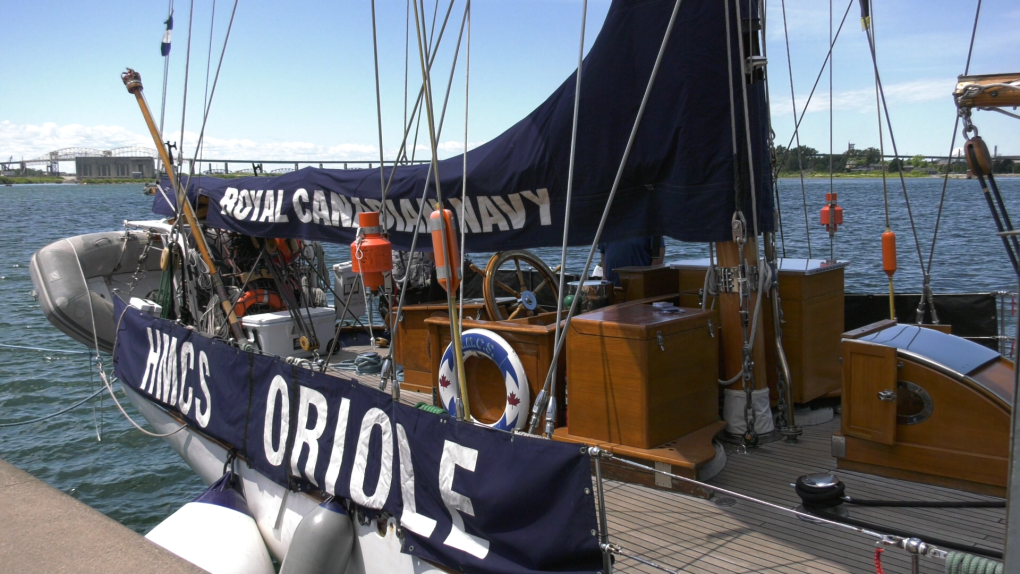 Crowds turned out in their thousands to see Canada’s oldest and oldest warship. HMCS Oriole spent Canada Day weekend moored in the Port of Sault Ste. Marie, where the crew offered free tours of the 101-year-old sailboat.

The Oriole was first launched in 1921 and was finally commissioned into the Royal Canadian Navy in 1954. Today, the Oriole serves as a training ship, with a crew of 21.

According to Seaman 3rd Class Miguel Tremblay, unlike the modern RCN fleet, every task aboard the Oriole is done manually.

Tremblay says the Oriole has undergone upgrades over the years, giving the crew amenities the ship wouldn’t otherwise have.

“We now have plugs and sockets which is great, we have modern toilets so that’s a nice feature to have at sea,” he said, adding that the Navy was also testing wifi on the ship to give the crew a way to communicate. with the house.

Tremblay said Sunday that more than 3,000 people visited the ship while it was docked in the Sault over the Canada Day weekend. Most noticed how old the century-old ship is, especially the woodwork. Tremblay says keeping the wood in good condition is a full-time job in itself.

“It’s a lot of work to maintain it,” he said. “One of the skills I learned was woodworking, something I never thought I would (learn) on a navy ship. Most of our vessels are steel and paint. This one is made of wood, so that’s a lot of woodworking, care and love for sure.

HMCS Oriole will sail for Thessalon on Monday, with tours to be offered the following day. The trip from the Sault to Thessalon is expected to take nearly nine hours.

Even at 101, the crew says Oriole will likely remain in service for some time to come.