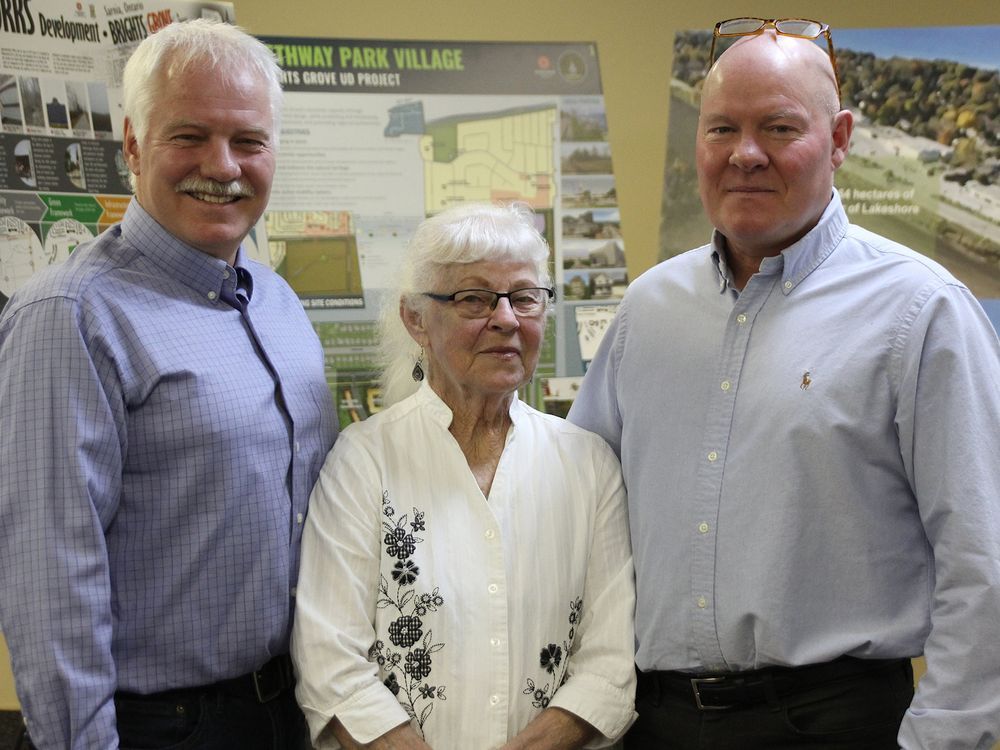 An engineering student from Sarnia recently, but unexpectedly, raced in provincial and national competitions.

“I thought, ‘This looks like a fun day,’ Waller said. ‘We had no idea it involved more.’

They applied to enter the school competition which called for redesigning a table for the modern worker to use at home.

“We made this awesome little table, and we won.” Waller said.

It was then that they discovered that the prize included the move to the provincial competition in January.

There they had a week to figure out what to do with the sewage from the site of the Fukushima nuclear disaster in Japan.

“They’re running out of storage,” and the challenge was to find a cost-effective solution, Waller said.

After spending most of the week trying to find a way to treat the water and then deciding it wasn’t an option, Waller said, “I was sitting there thinking, ‘I ask how much does a tanker cost? »

Because the water only needed to be stored for two years for the radiation to decay enough to be released into the ocean, Waller and his teammate offered to buy a used tanker as a storage vessel.

“We ended up with this crazy, wacky solution” and we thought “there is no way to go any further in this competition,” he said.

The second challenge was to design a solution for economical container growing in an apartment. “That one wasn’t as cool,” Waller said of their entry, “but surprise, surprise, with our weird and fun tanker fix,” they came in second and got a spot in the contest. national which was held a few weeks ago. .

There, they had a week to figure out how to use a 40-foot shipping container and other items, including two wind turbine blades, to design something to attract tourists to the Saint John area, in New Brunswick, where the contest was based.

Waller said they worked on, then discarded, a few ideas and that time was running out, “we were sitting at 2 a.m. banging our heads on our desks” and proposed building a telescope.

They designed the world’s largest public-use telescope from the shipping container that could be manually operated and driven by gears and levers that could provide “a stellar view of the solar system,” Waller said. “You could see Jupiter up close. . . you could see craters on the moon.

The second one-day challenge was “a bit of a thinker” to come up with a system to generate energy from waste, Waller said.

After rejecting some obvious solutions, they proposed using plastic and wood scraps to make five-by-five meter buoys to generate electricity as the waves move them up and down.

Each buoy would remove wood and plastic from the waste stream and generate enough electricity for 250 homes, Waller said.

“It earned us third place in the competition and the most innovative design in Canada,” he said.

Waller said they had hoped the competitions, scheduled for Toronto and Saint John, would be in-person events they could attend, but the two ended up being held virtually due to pandemic restrictions.

Waller, who is in his third year of electrical engineering at Carleton, said it was his first time competing at school.

“We had a great time” and plan to compete again next year, Waller said. “We really want to try to take first place” at provincial and national events, he said.

Waller is a graduate of Northern Collegiate in Sarnia where he became interested in engineering after being part of the school’s eco-marathon team that built fuel-efficient vehicles for a competition sponsored by Shell.

“I was originally going to be a chef, but the eco-marathon kind of grabbed me and took me for a ride,” Waller said.

At the start of the pandemic, Waller started a home-based business using 3D printers to make what were then rare plastic face shields for healthcare workers after he and his fellow students were kicked out of Carleton during the initial closure.