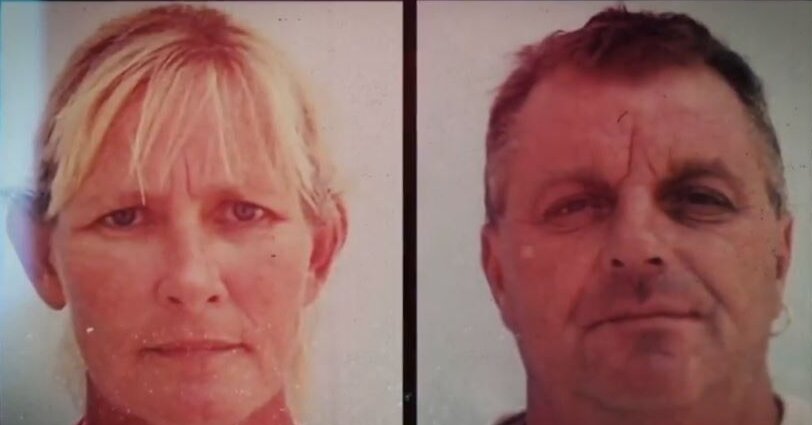 MIAMI — The former owners of a Florida Keys dive shop whose boat was in such poor condition it capsized and sank, killing a tourist, pleaded guilty last week after spending a decade on the run in Europe, have said federal prosecutors.

Christopher Jones, 57, and his wife, Alison Gracey, 54, both British citizens, each pleaded guilty on Friday to manslaughter in the 2011 death of Aimee Rhoads, 36, of Washington state, the U.S. Attorney’s Office for the South said the District of Florida in a statement Tuesday.

Lawyers for Mr. Jones and Ms. Gracey did not immediately respond to messages seeking comment.

Juan Antonio Gonzalez, the U.S. Attorney for the Southern District of Florida, said the case illustrates that “no matter how long it takes, we will ensure criminals are held accountable for their crimes.”

Their main charter boat was a nearly 25-foot vessel called the M/V Get Wet. He left that day for a diving trip with two crew members and six passengers on board, prosecutors said.

Among the passengers was Mrs Rhoads, who had always wanted to try scuba diving and had chosen the first anniversary of her father’s death to book the excursion with her family, her husband, Pat Rhoads, wrote in “Missing Aimee”, a blog dedicated to his wife.

During the boat’s first dive stop, “sea conditions changed from calm to rough,” prosecutors said in their statement. The boat’s operator, a 19-year-old Scuba Shack employee, noticed that the ship’s bilge pump, which removes water that collects inside the hull, had failed, according to reports. court documents.

When the passengers returned to the boat after their dive, the vessel began to take on water. Then it “rolled heavily, capsized and rapidly sank about 30 feet from the ocean floor,” prosecutors said.

Going down, a 334-pound bench designed to seat six people and hold a dozen scuba tanks detached from the deck. The fiberglass-lined wooden bench broke loose and rushed toward the surface of the ocean.

The upward force of the shoal pinned Ms Rhoads’ leg against the boat’s front windscreen as the vessel sank. She became trapped and drowned, prosecutors said.

A second passenger was trapped under the overturned seat. After another dive boat arrived with scuba gear, the operator of the Get Wet used the gear to dive to the sunken boat and free the man. He was resuscitated and survived, prosecutors said.

The operator dived again and freed Ms Rhoads after around 15 minutes, but she could not be revived after being brought to shore, prosecutors said.

After the boat was recovered and inspected, Coast Guard investigators reported finding “serious deficiencies”. Among them: None of the ship’s hold compartments – the spaces below the ship’s deck – were watertight and the wood at the bottom of the bench had rotted.

Additionally, a bilge pump that had been disassembled had been reassembled incorrectly, prosecutors said.

A criminal investigation into Ms Rhoads’ death found the owners knew the ship needed repairs even though they continued to operate it.

The investigation also found that in early 2011, Scuba Shack employees “repeatedly informed” the owners that the boat was “dangerously flooding,” prosecutors said in court documents. During one trip, with Ms Gracey on board as dive master, the boat nearly sank, prosecutors said.

Shortly after Ms Rhoads died, Mr Jones and Ms Gracey fled the country and evaded extradition for more than 10 years, prosecutors said. They were arrested on St. Maarten in 2015, but left the island before they could be extradited, the Associated Press reported.

Last year, Mr Jones and Ms Gracey left France for Spain, where authorities arrested them after Interpol issued a so-called red notice. The AP reported that they were taken into custody in the northern Basque town of Muskiz, near Bilbao, days after their case was featured on ‘America’s Most Wanted’.

Each faces up to eight years in federal prison when sentenced in Key West, Fla., on August 18.

After being extradited to the United States in January to face federal charges, Mr Rhoads wrote on his blog that he was relieved and posted an image of the couple in custody.

“Now that they are here, they will finally face federal charges stemming from Aimee’s death in December 2011,” he wrote on January 12.

“Justice may not change anything,” he added, “but we want it and deserve it anyway.”