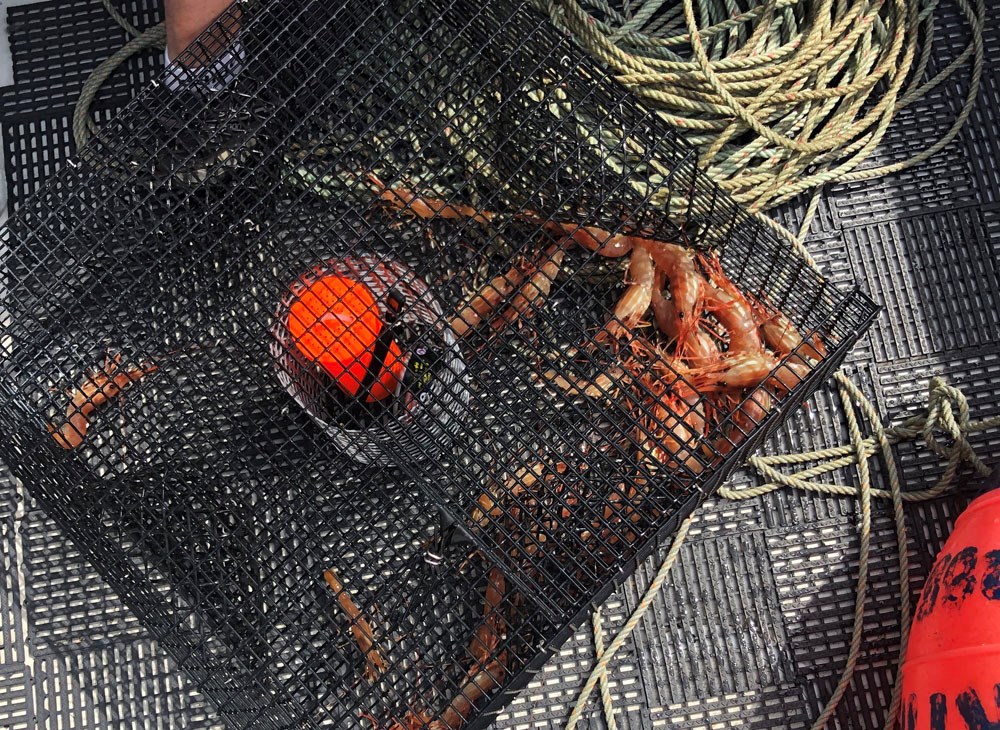 A commercial fisherman who set up 33 shrimp traps in a protected area of ​​glass sponge reefs in Howe Sound was fined $ 25,000 and his fishing license suspended for a year.

Challenger found McDonald’s guilty of closed fishing and illegal setting of shrimp traps in May 2016 following a 2019 trial.

In handing down his sentence, Challenger said deliberate bottom fishing in a closed area specifically to protect the delicate glass sponge reefs from lasting damage called for a firm response from the courts.

The Howe Sound Glass Sponge Reefs are “an ancient, unique and extremely delicate ecosystem” believed to have been extinct until the late 1980s, when they were discovered in Hecate Strait, Queen Charlotte Strait and later Howe and Chatham Strait, Challenger said. Glassy sponge reefs are also “very fragile,” the judge said, and if damaged by activities such as bottom fishing, “recovery can take up to hundreds of years.”

In the case of McDonald’s, however, “it deliberately set its traps in the enclosed area of ​​the glass sponge,” the judge said.

During the trial, two fishery officers testified that they received information on May 30, 2016 of a possible fishery in a closed area of ​​glass sponges near Anvil Island in Howe Sound. Information had come through the Fisheries Department’s Vessel Monitoring System, which tracks the movements of commercial fishing vessels using transponders. Data showed that a commercial shrimp fishing vessel, the Lormax, registered to McDonald’s, remained inside the closed area of ​​the Strait for about 45 minutes on May 29 and the vessel followed a V-shaped pattern inside and outside the area. .

Fishery officers departed by zodiac on May 30 and arrived in the area that afternoon. There, they found two buoys just outside the closed area corresponding to where the vessel’s monitoring system indicated the boat had entered and left the closed area, according to Challenger’s written decision in the case. The buoys were shrimp buoys, marked with the Lormax’s ship number.

Fishery officers hauled up each of the 33 baited traps, marking their location with a GPS system. “Their path led them well inside the closed area and again towards the buoy at the end of the trapping line,” noted the judge.

Challenger said that although the case was circumstantial, the evidence was consistent with guilt and “there are no other plausible theories or reasonable possibilities.”

She rejected McDonald’s suggestion that wind or tide could have moved the traps or caused errors in the exact location of the traps.

The only reasonable explanation is that McDonald’s acted as it did “in order to create the impression that the shrimp net was outside the closed area to avoid detection and to have the benefit of fishing in an area. where no one else was fishing, ”the judge said. .

There was also no evidence that McDonald’s had taken all reasonable precautions to ensure that it was not fishing in a closed area, she wrote.

Challenger said there was no evidence that the glass sponge reefs were damaged by McDonald’s shrimp traps, although she also noted that it is often difficult to determine damage in them. environmental cases.

McDonald had 19 warnings and convictions for fishing offenses between 1998 and 2016, including several previous convictions for installing gear during a shutdown period, Challenger noted. In one case, he was convicted of an “almost identical” circumstance of fishing in a closed area of ​​Howe Sound near Porteau Cove in March 2009, she said, which involved “the same underhanded practice. consisting of placing its buoys outside a closed area, but placing its shrimp traps inside this closed area.

“He feels that there is no need for him to strictly abide by the Fisheries Act and its regulations, and that is a long standing attitude,” said the judge. “He’s more concerned with profit.”

“He’s sorry he got caught, but doesn’t care about the damage he caused to the reef.”

Challenger said a significant penalty was needed to send a message to McDonald’s that “his shrimp license is a privilege and not a right” and also anyone in the fishing community who does not comply with the regulations ” will pay a heavy financial price “which is” more than the cost of doing business “.

“The court must send a strong message that such conduct will not be tolerated and those who endanger a glass sponge reef will face serious consequences.”