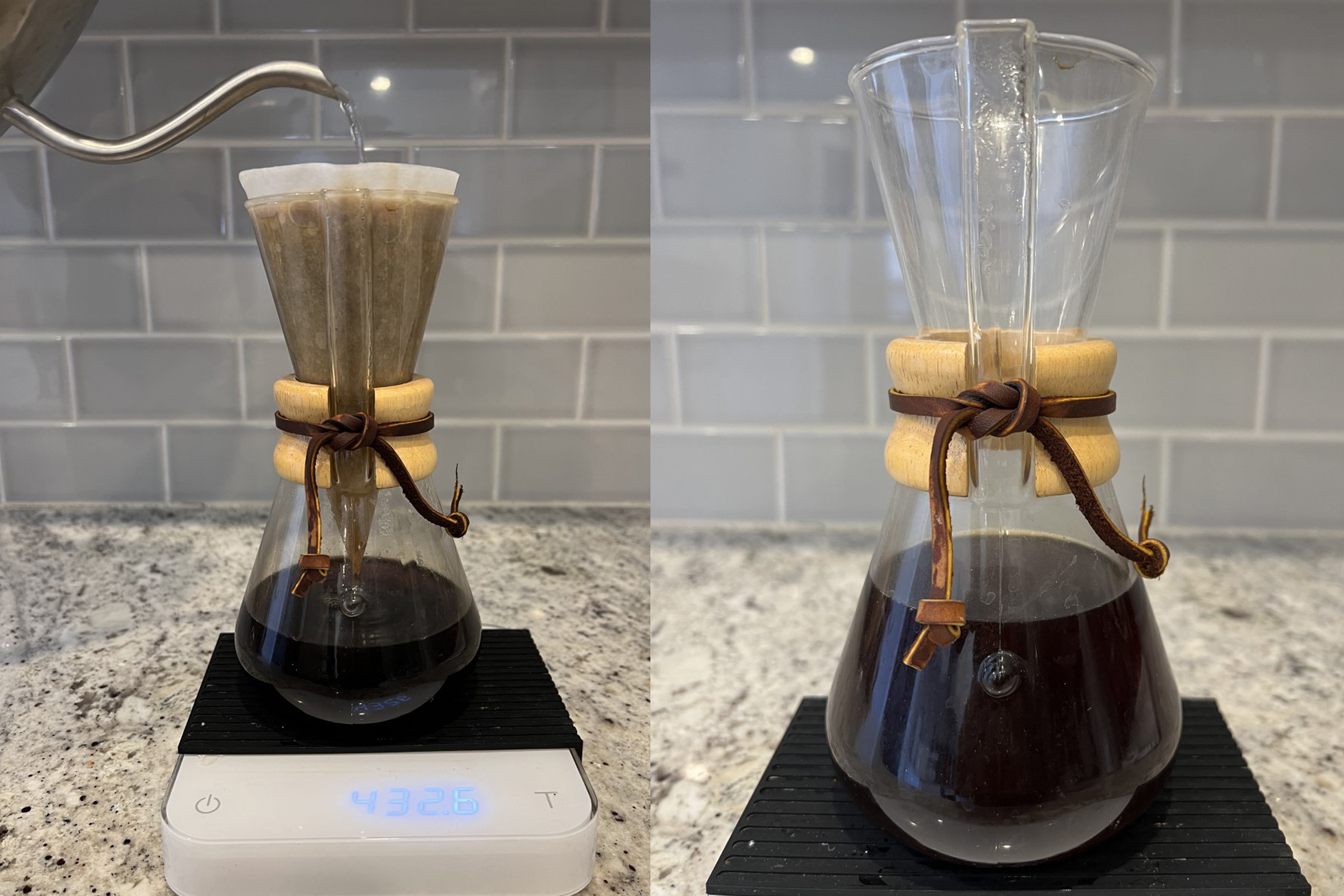 Take a look at the home brew bar of any coffee connoisseur you know. It’s entirely possible that among the various cups, tools, beans, and brewers on the shelves, you’ll see a large hourglass-shaped glass vessel with the top sliced ​​off, a polished wooden necklace wrapped around its midsection with a fine leather rope tied on it.

You’re looking at a Chemex coffee maker, the unofficial symbol of artisanal coffee and one of the world’s most beloved brewing systems for function and design.

While the six-cup Chemex – the most popular size – gets its fair share of storage space in homes and cafes, there’s a lesser-known model that may be an even better choice for some coffee lovers.

The first thing you need to know about the three-cup model is that it doesn’t compromise on the things that make Chemex Chemex. This includes the non-porous borosilicate glass it is made of, which is of sufficient quality for labware, suitable for the refrigerator, and resistant to odors and chemicals – important designations when looking for a crisp, uncontaminated cup of coffee. This also includes the fact that, like the six-, eight-, and ten-cup models, each three-cup Chemex is inspected, polished, and hand-tied before being packaged for the journey to its new home, your home brew. station.

The second thing you need to know about the three-cup Chemex — and all other sizes, for that matter — is that its name can be a bit confusing. While the three-cup model technically holds three cups, the filter takes up much of that space, leaving room at the bottom of the container for a single pint (or two cups) of brewed coffee.

When it comes to choosing the right size Chemex, think of it this way: you wouldn’t make a single serving of soup in a gigantic pot, would you? Similarly, using a beefy Chemex for a cup or two of coffee just doesn’t feel right. That’s where the smaller model comes in. Because I, as the designated morning coffee maker in my house, almost always brew for my husband and I or just me, the three-cup Chemex is usually my container of choice.

Without getting too scientific here, another benefit of a smaller Chemex is that it keeps your coffee hot longer than if that same volume of liquid were in a larger Chemex container. The reason is geometry. If we simplify the shape of the Chemex roughly to a cylinder, we can calculate that the three-cup Chemex has a lower surface-to-volume ratio, which means less heat transfer to the air (by convection) and to the cold worktop. (by conduction). I don’t know about you, but I love my coffee hot and savory, which makes the three-cup Chemex perfect for my morning coffee routine.

Ideally, all Chemex users would compost their coffee grounds and coffee filters – which, when Chemex branded, are indeed compostable and biodegradable – after each brewing session. But since this is not the reality for everyone, another advantage of the Chemex three cups is that the corresponding Chemex Bonded Half Moon filters are smaller than those compatible with the larger models (Chemex Bonded Square Filters) . Smaller coffee filters mean less waste, which can only be considered a win. 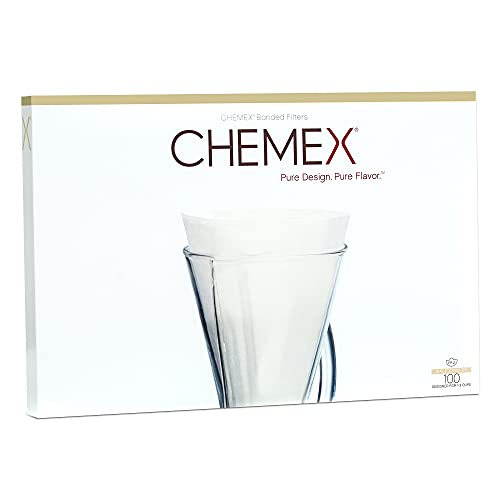 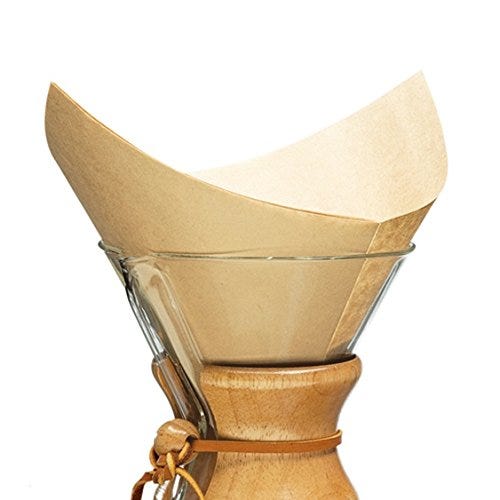 Also good to know: Rather than being an afterthought, all Chemex coffee filters, regardless of size and shape, have been designed to enhance the coffee brewing and drinking experience. They’re cone-shaped and thicker than most alternatives, and therefore able to “keep the bitter elements, oils, and soils in their place (and out of your cup)”.

How to use a Chemex

When you’re ready to add the Chemex Three-Cup Coffee Maker to your brewing collection, here’s how Chemex says you can make top-notch brews every time:

To note: Serious coffee drinkers will likely take a more measured approach to brewing, preferring to weigh their beans and water and use a timer during the pouring process. The instructions above are from Chemex for less experienced users of their coffee makers.