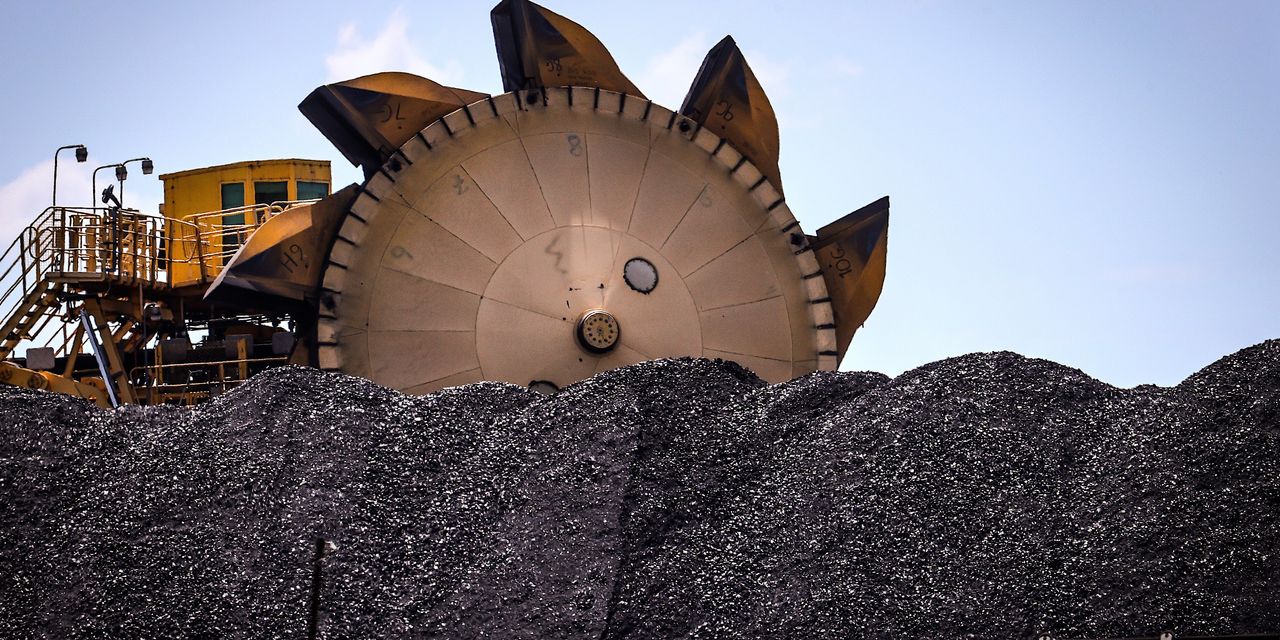 The war in Ukraine has rattled global energy markets, with a particularly unloved commodity, coal, enjoying a renaissance as European countries once again turn to dirty fuel to establish energy independence from vis-a-vis Russia.

A spike in the benchmark thermal coal price to a record high of $446 per metric ton this week reflects this reordering of priorities among governments that have tried to phase out fossil fuels because of their contribution to climate change.

In the days following the crossing of the Ukrainian border by Russian troops, Poland asked Australia if it could supply coal that could replace Russian imports. Italy’s prime minister has suggested reviving coal-fired power plants amid fears of a disruption in natural gas supplies from Russia. Germany has signaled it could extend the life of coal-fired power plants due to close by 2030, days after suspending certification of a gas pipeline that would have doubled the volume of gas it imports directly from Russia.

The European Union imports more natural gas from Russia than from any other country, which represents a major vulnerability for its economy in the event of a supply cut. The advantage of coal is that power plants can switch from natural gas to fuel in the short term. The difficulty is that Russia is also a major supplier of thermal coal for Europe.

Germany’s prolonged use of coal is the price Germany will pay for its solidarity with Ukraine, said Annalena Baerbock, German foreign minister and member of the pro-environment Green Party.

Australian high-energy thermal coal futures added more than $140 a tonne on Wednesday, according to ICE Futures Europe. Australia is one of the world’s leading coal exporters. While prices were lower at $410 a ton on Friday, they remain well above the $134 a ton the commodity was at in early 2022. European prices also broke records.

Coal is not part of Western sanctions against Russia, but buyers in Europe and Asia are scrambling to cope with their exposure to imports from the country. Russia accounts for about 15% of sea-traded thermal coal and about 16% of metallurgical coal, which is used to make steel and has also seen prices rise to an all-time high.

Buyers fear that financial restrictions on banks could prevent transactions, or that coal could be included in a broader set of sanctions if the crisis worsens, traders and analysts said. Buyers also fear that Russian coal will not be delivered if the war escalates.

recently said it had stopped sourcing coal from Russia for its energy operations.

Illustrating the threat to supplies, a bulk carrier was recently hit by a shell in the Black Sea. KRU, a Russian steel coal producer, had declared force majeure on shipments to western Russian ports before the war began due to rail difficulties and some thermal coal miners had to do the same, according to analysts. KRU did not immediately respond to a request for comment.

“The thermal coal market was tight before the invasion, so there’s no chance the world will replace Russian thermal exports,” said Credit Suisse analyst Matthew Hope.

What does the future of the coal industry look like? Join the conversation below.

A key issue is Europe’s reliance on Russian coal, mostly high-energy, which is found in only a few parts of the world. Additionally, mining companies typically run their operations near capacity, which means they cannot produce more coal quickly.

This has not stopped European countries from casting the net in search of new supplies.

“Poland’s recent demands to Australia for coal from alternative sources to Russia show that the world is increasingly looking to Australia for the resources needed to ensure energy security,” the official said on Friday. Australian Resources Minister Keith Pitt. He said coal was behind an increase in Australia’s export earnings from natural resources.

Coal stocks listed in Australia ended Friday up 40% higher than a week earlier. Shares of Glencore PLC, the world’s largest exporter of thermal coal, much of which is produced in Australia, also rose.

was among Australian producers to receive requests for coal from Poland, a spokesperson said. Yancoal Australia ltd.

“To deal with the immediate energy situation in Europe, all options must be explored, including increased use of coal in some countries temporarily,” said Jean-Sébastien Jacques, former chief executive of Rio Tinto PLC, the second largest largest miner in the world.

Many expect the coal comeback to be short-lived. António Guterres, Secretary General of the United Nations, said the Ukraine crisis illustrates the pitfalls of fossil fuel dependence and should prompt governments to spend more on renewable energy.

But “we all have to recognize that the energy transition will take time, potentially decades,” Jacques said. “We have to be flexible and pragmatic about the way forward.”