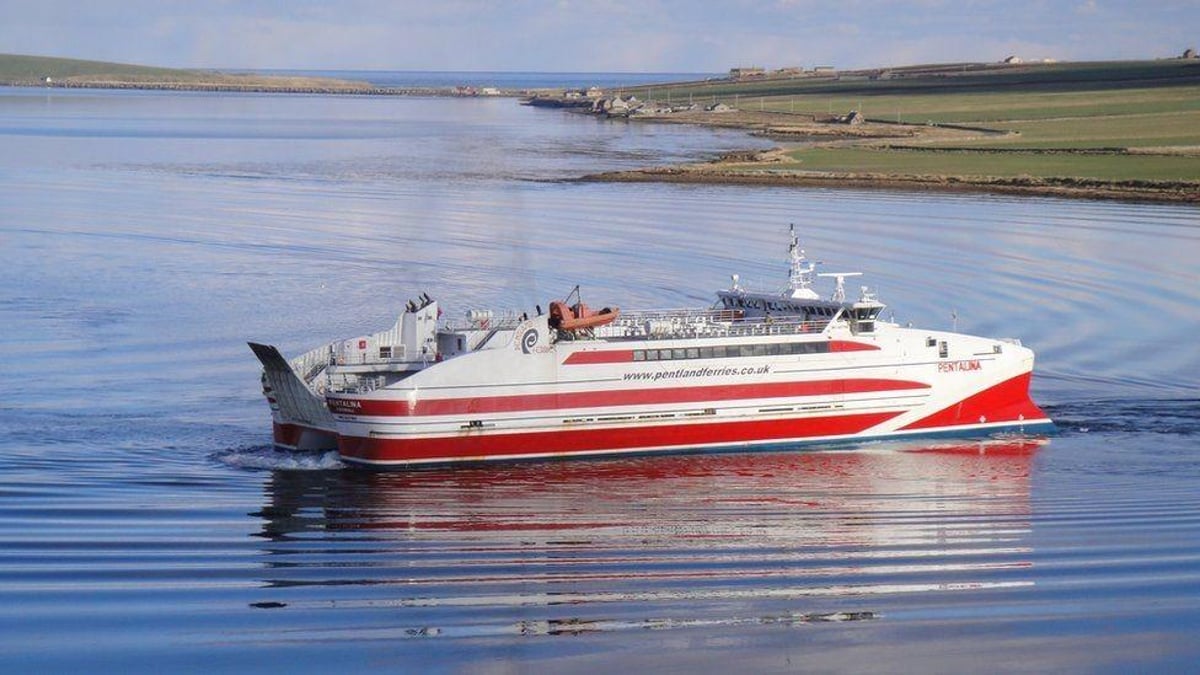 The Pentalina, which operates successfully between Caithness and Orkney, has already been touted as a possible solution.

Comhairle nan Eilean Siar transport committee chairman Uisdean Robertson said this week: ‘Chartering continues to be raised at every meeting with the Minister and continues to be beaten with ‘commercial confidentiality’.

“It is extremely worrying that with all the signals suggesting that we are heading for another very uncertain winter, there is still no sign of concluding the negotiations that are supposed to take place.”

The urgency was highlighted last week when seven ships – almost a quarter of the fleet – were out of service due to technical problems. This led to a new wave of cancellations with ships being moved to provide temporary cover.

Islands carrier David Wood said: “This is the worst since I started and I don’t see it getting better for the foreseeable future. No one takes responsibility.

“I haven’t heard of a charter in months and now that the ‘Arrow’ has been sold I guess it’s not on the agenda. This deal could have been done a long time ago “.

The MV Arrow freighter, which has in the past served as a freighter replacement on the Stornoway-Ullapool route, was recently sold for £8million by Seatruck Ferries to the Isle of Man Steam Packet Company who previously used her as back-up.

In August, Transport Minister Jenny Gilruth told community representatives she had asked officials to reopen negotiations over the lease of the MV Pentalina, owned by Pentland Ferries, but nothing more was heard. on this subject.

A source told the Gazette there had been “no recent discussions”.

Once again Lochboisdale was the hardest hit port when ‘Lord of the Isles’ was retired and had to be taken to Cammell Laird yard on Merseyside for extensive repairs in a steelworks area, leaving the port of South Uist without service throughout the past week.

Mr Robertson said the episode was ‘particularly worrying’ because of Uist’s intentional reliance on ‘LOTI’ from January during the period when Uig pier on Skye was closed.

The Lochmaddy connection for much of next year will be via Ullapool, creating new reliability issues and making the Oban/Mallaig -Lochboisdale link even more critical. Mr Wood described the outlook for the Uist as ‘poor and will get worse’.

Meanwhile, Uisdean Robertson this week met Angus Campbell, the former chief of Comhairle who has been commissioned by the Scottish Government to consult on the future structure of ferry operations.

Mr. Campbell has still not received any specific mission or assurance regarding logistical support. However, he said he would not be restricted by “red lines” drawn by the Scottish Government to rule out radical reorganization options.

This was welcomed by Mr Robertson who said there was a risk the consultation could be used as ‘another device to get things done while everything is decided in Edinburgh’.