Change of plan in removal of sunken TasPorts tugs 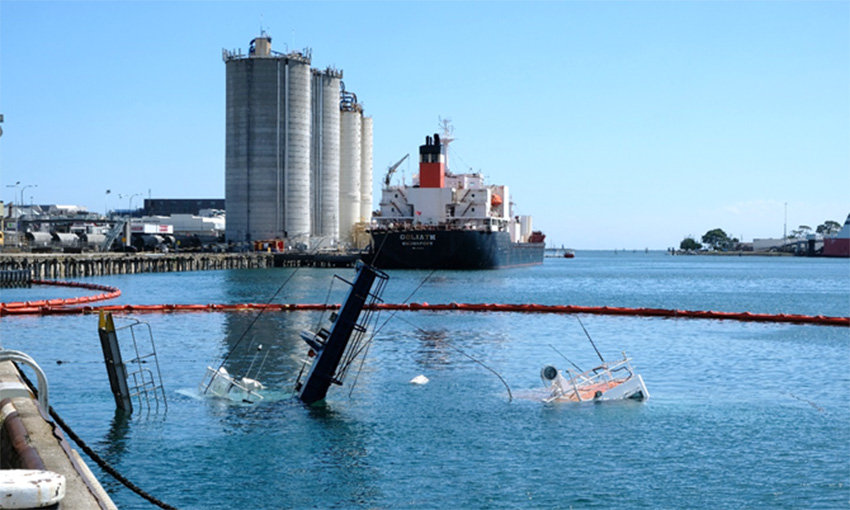 Both tugs sank in late January when the cement carrier Goliath allied with the ships moored in the port of Devonport.

Initially, the lifting barge St. Vincent had been deployed from Brisbane to undertake removal work, but bad weather along the east coast delayed the trip twice, prompting TasPorts to draw up a contingency plan in case the trip proved too difficult.

Although a new plan is now in place, TasPorts chief operating officer Stephen Casey said TasPorts, its insurer and United Salvage are continuing to work on the original. St. Vincent lifting barge option in case of emergency.

“For some time we have been actively engaging in contingency plans if an elevator using the St. Vincent lifting the barge was ultimately not possible,” he said.

“More recently, work has begun on the operational planning of one of these plans (using the heavy lift ship AAL Melbourne) given the ongoing delays for the St. Vincent trip to Devonport.

“With the operational planning work complete, we are now ready to implement the plan.”

The process of lifting the wrecked tugs is expected to begin as soon as possible once the 194m vessel arrives in Devonport later this week.

It’s understood AAL Melbourne traveled to Burnie at the weekend to collect the cradles from the tugs on the receiving barge Intan before heading to Devonport.

Cradles were made to accommodate wrecks and are still considered the best option for salvage work.

TasPorts said AAL Melbourne will pick up one tug at a time, lift them out of the water and lower them into the specially constructed cradles.

Mr Casey said TasPorts has been focused on removing tugboat wrecks since day one to get all commercial docks at the Port of Devonport back into full operation, while carefully managing environmental impacts and safety.