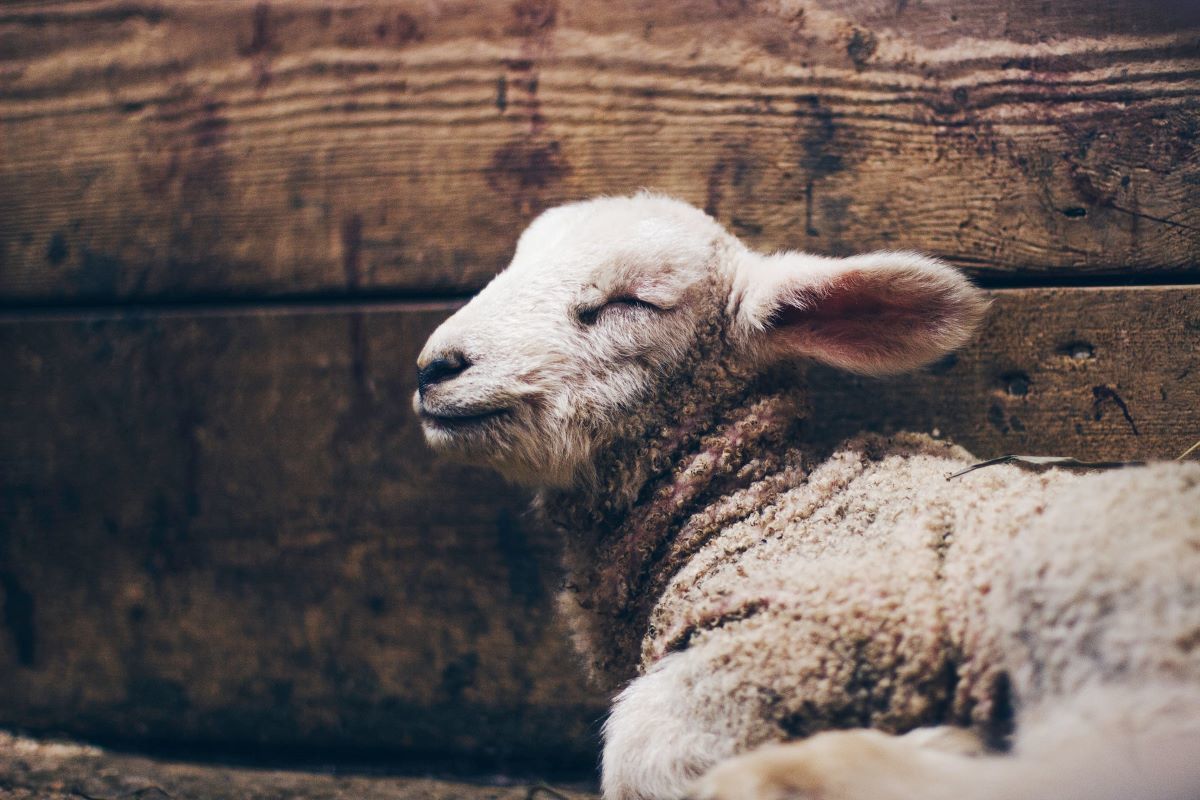 As we enter the Passover season and commemorate Jesus’ crucifixion and miraculous resurrection, a closer look at the elements associated with these events reveals a deeply haunting picture.

Among King Solomon’s accomplishments and the depth of knowledge he acquired, 1 Kings 4:33 recognizes: “He spoke of the trees, from the cedar that is in Lebanon even to the hyssop that grows on the wall… »

The meaning is this:

“The cedar and the hyssop are placed in antithesis, the first as the largest and most glorious of trees, the second as the smallest and among the most insignificant of plants…”

Hyssop is a common flowering plant in the Middle East and Southern Europe that grows to about 18 inches in height, often has white, purple, or blue flowers, and is known for its medicinal, antiseptic, and calming properties. It is reported to have an intense minty aroma, although other sources refer to a liquorice smell. The plant tolerates chalky and sandy soils and thrives in full sun and warm climates. It is a common shrub, perhaps symbolic of humanity, but the colors can have symbolic value.

White usually represents holiness or glory, while blue symbolizes heaven and purple symbolizes royalty. In this we can see our holy Heavenly King disguised as someone who was seemingly ordinary.

“For he sprang up before him like a tender shoot and like a root from the parched ground; He has no stately form or majesty for us to behold, nor appearance for us to be drawn to him” (Isaiah 53:2).

The first mention of hyssop occurs in the book of Exodus, when God’s final plague against Egypt was imminent. Under God’s direction, Moses ordered each Hebrew family to keep a spotless lamb in their house for three days and sacrifice it on the fourth day. A branch of hyssop was then dipped in the blood of the lamb, and the blood was applied to the doorposts and lintels of each house and its inhabitants were to remain in their houses until the angel of the death is “past”.

The first Passover was not simply a test of faith, but a foreshadowing of Jesus’ ultimate incarnation as the one true Lamb sacrificed for our eternal deliverance.

“The cedar is a tree of the pine family frequently mentioned in the Old Testament… The cedar grows best in a high, dry, sandy region, and he found these requirements in the northern part of Palestine in the district of Lebanon. In this district one can see trees which reach a circumference of no less than 42 feet. The tree spreads its roots among the rocks, and thus secures for itself a firm hold. [1]

The 39 mentions of cedar in the Old Testament all refer to its use in building magnificent structures or as a descriptor of men of moral or physical strength:

“The righteous will blossom like a palm tree, like a cedar in Lebanon it will grow” (Psalm 92:12).

It is also possible that the “gopher wood” as referenced in the construction of Noah’s ark was actually cedar. A Jewish encyclopedia states:

“The word ‘gofer’ only appears once in the Bible. … The translations offered by modern interpreters are as a rule arbitrary and unsatisfactory.

“…Others think that ‘gofer’ can best be explained from Assyro-Babylonian literature. Cheyne, assuming that the Hebrew account of the Flood is a mere translation of a similar Babylonian document, assumes that the passage under discussion reads in the original ‘gushure iṣ erini’” (beams of cedar).[2]

So maybe Noah’s ark was built with cedar, a symbol of exceptional strength. This may explain why cedar was mainly used in the construction of not only the temple, but also King David’s palace.

“Then Hiram king of Tire sent messengers to David with cedars, carpenters, and stonemasons; and they built a house for David” (2 Samuel 5:11).

Next we see the use of hyssop, cedar, a sacrificial bird, and its blood in a Mosaic ritual affirming the cleansing of a leper.

Two birds were brought before a priest. A bird is killed in an earthenware container above running water. Then the living bird and the hyssop are bound to the cedar plank with the scarlet thread and dipped in the blood of the sacrificed bird. The healed leper has been sprinkled seven times with blood (the number signifying completion or fulfillment) and the bird is released. Thus, a bird died, and the living bird was dipped in its blood and set free.

In Matthew 18:1-4, Jesus encouraged adherence to this ritual when meeting a leper.

“…a leper came to him, bowed down before him and said, “Lord, if you want, you can cleanse me. Jesus stretched out his hand and touched him, saying: ‘I will; be purified.’ And immediately his leprosy was cleansed. And Jesus said to him, ‘Take care not to tell anyone; but go, show yourself to the priest, and present the offering which Moses commanded, as a testimony to them” (Matthew 8:2-4).

Perhaps Jesus’ words to the leper hinted at soul-based healing far beyond man’s immediate need: “Yes, my friend, I am willing to die for you that you may be set free – forever.”

Finally, we see the battered body of our Lord nailed to a sinner’s cross. The four elements are essentially present – spotless lamb, blood, cedar and finally, humble hyssop. John’s account of what happened in the last moments of Jesus’ earthly life reads:

“Jesus, knowing that all things were already fulfilled, that the Scripture might be fulfilled, said, ‘I am thirsty.’ A pitcher of sour wine stood there, so they put a sponge full of sour wine on a branch of hyssop and lifted it to his lips” (John 19:28-29 ).

John, the only disciple present to witness the event, reports that just moments before Jesus expired, a sponge dipped in sour wine was brought to his lips on a branch of hyssop. Knowing the fragrant properties of hyssop, she rose before Jesus as the final element in the perfect fulfillment of the Passover.

The Lamb had been sacrificed, and the curse of death was forever broken for those covered by the blood of the one and only sinless Lamb of God.

Thus we see the incredible image in its fullness: the cedar, the hyssop, the lamb and the blood – the scarlet thread that bound all the elements together in astonishing prophetic perfection.

“I have been crucified with Christ; and it is no longer I who live, but Christ lives in me; and the life that I now live in the flesh I live by faith in the Son of God, who loved me and gave himself up for me” (Galatians 2:20).

Cindy Burrell is the owner of Hurtbylove.com, an online ministry for women in abusive relationships and the author of Why is he so mean to me? She offers personal coaching/counselling to victims of abuse.