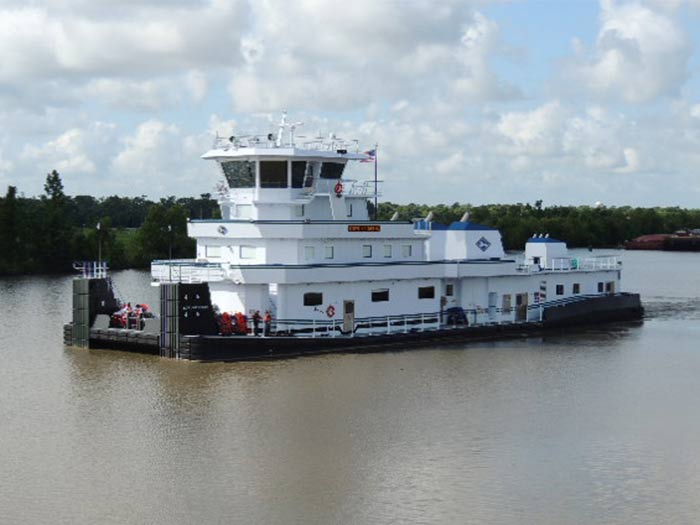 Recently delivered by Belle Chasse, Louisiana, based at C&C Marine and Repair, the M / V Bowling green is the second in a series of three tugs ordered by Kirby Inland Marine, LP and was delivered just six months after the delivery of the first ship in the series.

The tug was designed by CT Marine LLC of Portland, Maine. The main propulsive power of his vessel is provided by three Cummins QSK60-M main engines, supplied by Cummins Mid-South, which are combined with three Reintjes WAF 1173 H / V reducers, supplied by Karl Senner LLC. Operating power is supplied by three 275 kW Cummins QSM11-DM generators, and the hydraulic unit for the conventional steering system was supplied by EMI Marine.

Accommodations include a total of 12 beds (11 crew, plus one guest), and the ship’s design includes a spring-mounted floating superstructure for additional crew comfort.