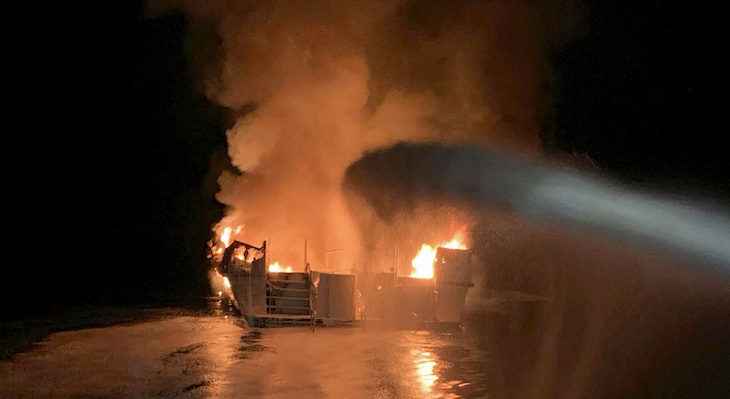 The captain of Design Dive boat has pleaded not guilty to manslaughter in the deaths of 34 people trapped under the bridge three years ago off Santa Barbara.

This is the second time Captain Jerry Boylan, 68 of Santa Barbara, has pleaded not guilty in federal court, though a new indictment last month alleges Boylan led a series of failures and abandoned his ship, which constituted “misconduct, gross negligence and disregard of his duties” and resulted in the death of 34 victims on September 2, 2019.

The Design was a 75-foot wooden and fiberglass passenger vessel that docked in Santa Barbara Harbor. On a Labor Day weekend dive trip, the boat was carrying 33 passengers and six crew, including Boylan.

In the early morning hours of September 2, 2019, a fire broke out while the boat was anchored in Platt’s Harbor near Santa Cruz Island. The fire, which engulfed the boat and led to its sinking, resulted in the death of 34 people who were sleeping below decks. Five crew members, including Boylan, were able to escape and survived.

Boylan reportedly radioed for help after he and the four crew members sleeping above deck awoke to the fire. He was the first person overboard and allegedly told his crew to abandon ship rather than fight the fire, according to the indictment.

He is also accused of failing to train his crew, conduct fire drills and post a roving night watchman on the boat.

If convicted of one count of misconduct or negligence, Boylan faces up to ten years in prison. His trial is scheduled for December 20. 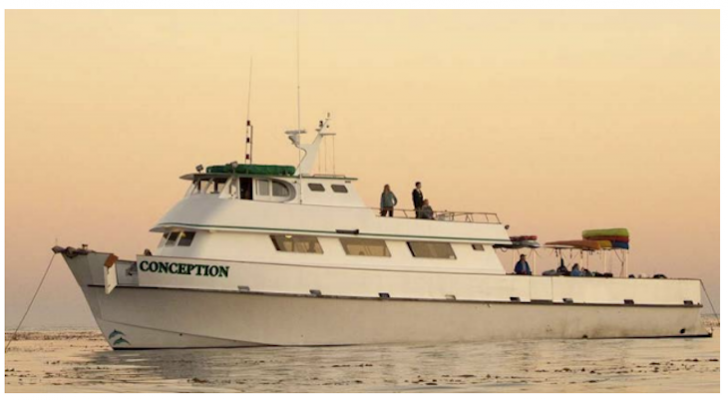 All previous Design Fire articles can be found here.