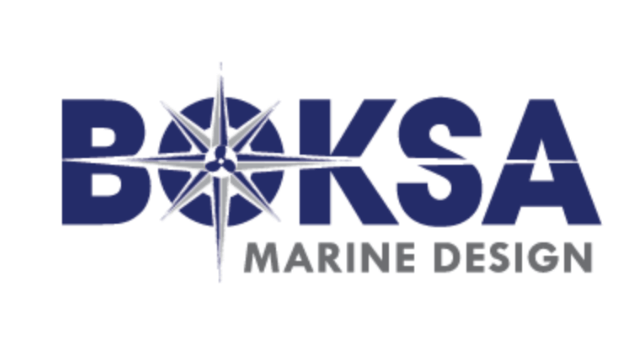 With BMD’s 20th anniversary on the horizon, its team of highly skilled young employee-owners will guide BMD into the future, with Nick Boksa at the helm.

“I have great faith in our team of professionals who have been behind the great work we have been doing for years,” said Nick Boksa. “The goal of this partnership is to ensure long-term adequacy and continuity of resources to meet the growing and evolving needs of our industry. BMD has become much more than an on-demand outsourced provider, but rather a long-term strategic partner for our clients.

Based in Lithia, Florida, just east of Tampa, Boksa Marine Design offers a wide range of expertise and hands-on experience in the design and construction of steel, aluminum and composite vessels. Customers include US-based commercial and military shipyards, owners and operators, and an international customer base of builders and government agencies around the world. BMD is also a leading designer of superyachts and sport fishing boats and provides complete composite design to production boat builders.

BMD engineers are academy graduates who have also worked as chartered crew on ships and other vessels, or alternatively with military service and a background in major shipyards. Rugged and robust, each BMD design is engineered with generous, accommodating and crew-friendly working spaces and convenient engine room layouts; the types of vessels that our engineers would like to serve on board at sea or on inland waterways.

Josh is a graduate of the State University of New York Maritime College and holds a Bachelor of Engineering (BE), Marine Engineering. Earlier in 2022, Josh relocated from our Florida headquarters to Arkansas to better geographically integrate our naval engineering resources within the domestic river market. It focuses on tugs, barges and tugs for operators and shipyards in Arkansas, Mississippi, Ouchita, White Rivers and the domestic market as a whole.

Jeff graduated from the University of Michigan with a BSE in Naval Architecture and Marine Engineering. He was previously a naval architect and marine engineer with NETSco, Inc. and John W. Gilbert & Associates, Inc.

“It has always been a professional aspiration for me to become a partner in business ownership,” said Jeff Kuenning. “Having the opportunity to join a group that will help BMD continue to grow and take it to new levels is very exciting. This new ownership group will further expand our capabilities and offerings to new and existing customers. Together with Nick, our goal is to position BMD to continue to build on our strong position in the industry for many years to come.

Mike Valentine is a marine designer specializing in production engineering and ShipConstructor© modeling. Previously, Mike worked with Bath Iron Works, a division of General Dynamics, on the Tag Plate Team on the DDG 51 and the Hull Equipment Team for the DDG 1000. Mike served in the U.S. Army ; he was deployed to Iraq and stationed at Tallil Air Base. Mike was also an Army Reservist with the 619th Transportation Company in Auburn, Maine.

A 2013 graduate of the US Merchant Marine Academy, James Pilliod is a marine systems engineer. James is a USCG 2nd Assistant Engineer also commissioned into the United States Navy Reserve. Pilliod worked as a marine engineer aboard ships for Noble Drilling and was part of Noble’s delivery engineering team for new builds with Hyundai Heavy Industries. James has also served as a marine engineer aboard various offshore cargo and supply vessels. He enjoys working on small sail and motor boats in his spare time. He volunteers with the Warrior Sailing Program, racing disabled veterans and teaching them how to sail in team events.

Earlier in 2022, Beck became the head of BMD’s composite design and engineering team, tasked with expanding the company’s capabilities to better support production and builders of custom composite boats.

Speaking on behalf of his new partners, Jack Becker is excited about the future. “I am incredibly excited for the bright future of Boksa Marine Design,” he said. “These are steps in the right direction towards a gradual transition of power and responsibility years from now. My business partners and I are committed to continuing and growing BMD’s strong reputation within the marine industry.