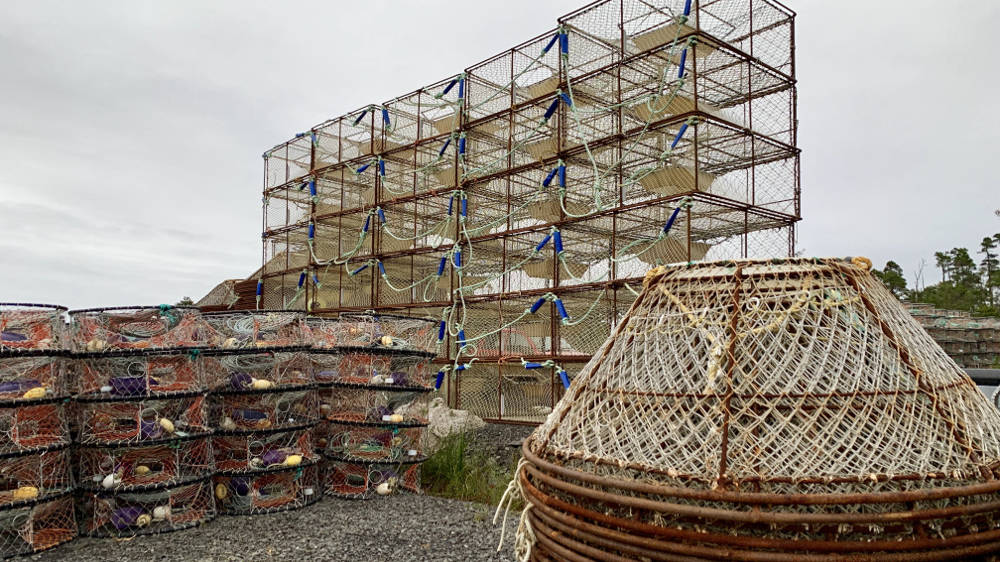 The Alaska Fisheries Council has rejected a proposal that would have allowed a limited harvest of red king crab in Southeast Alaska, where the fishery has not been open for years.

The proposal was supported by both the Alaska Department of Fish and Game and the anglers.

In the past decade, there has only been one red king crab fishery in the southeast. This is because estimates of crab stock status have repeatedly fallen below the 200,000 pound threshold. This number comes from state surveys in some areas.

The council was asked to consider a proposal that would create equal shares of crab quotas when state harvest levels were too low for a regular competitive fishery, similar to equal shares fisheries for sablefish in the region.

State managers and industry groups drafted the proposal together over several meetings.

Andrew Olsen coordinates state crab management in the Southeast. He presented the proposal to the board, saying it would allow for a limited harvest and give managers the crab data they need. He said they could limit fishing to areas where they don’t survey.

“We don’t have a stock assessment survey in these unsurveyed areas, and [it would] allow us to see where other populations of red king crabs and blue crabs are, so we can be better informed about what anglers are seeing on the ground,” Olsen said. “Then we can incorporate that into our stock assessment model to be more informed.”

It would also have allowed multiple license holders on a boat to fish together. And that would limit the amount of harvest per trip and the duration of the trips.

The crab proposal has been backed by several regional industry groups: the Southeast Alaska Fishermen’s Alliance, the King and Tanner Task Force and the Petersburg Vessel Owners Association, which together represent hundreds of fishermen.

The price of red king crab has risen in recent years and anglers say it is worth fishing for a small harvest. The last opening paid over $10 a pound.

Max Worhatch is a fisherman from Petersburg.

“I think it’s a good idea to do that. I think it’s going to give some economic activity, and it will be warranted,” Worhatch said. “It’s a slow peach – it shouldn’t hurt.”

The current management plan has different harvest targets for different areas, and fishermen can choose where they want to go.

Fish and Game’s Olsen told the board that it’s difficult to manage because of the bays and inlets that make up the southeast.

“The fishing is going really fast,” Olsen said. “Our past fisheries in these survey areas have been 24 hours, which makes it very fast. So at a lower level, to slow it down, an equal share of the quotas will allow us to manage more efficiently and accurately by being able to have this tool in place.”

He said bays and coves have genetically distinct crab populations and need more data about them.

The slowdown in fishing was a sticking point for some board members, who said it could be won through other means, such as reducing gear.

Council member Israel Payton of Wasilla suggested limiting permits to 10 pots, for example. He spoke out against the idea of ​​quota shares like those used in the federally managed halibut fishery.

“I think the council is failing, turning some of these fisheries into fundamentally, setting policies and turning it into a quasi-IFQ fishery,” Payton said.

Eagle River board member Gerad Godfrey spoke out in favor of a free market and against quota shares in general.

“I personally believe in the spirit of competition and not necessarily the egalitarian approach of ‘let’s just even it out’,” Godfrey said.

Board chair Märit Carlson Von-Dort of Anchorage said she didn’t like the idea of ​​quota shares but could support the proposal because it was temporary and the state could get data.

“I think the information gathered by the fleet over a discrete time frame — that is, a three-year period — can be useful to the department,” she said.

The proposal was ultimately rejected, 3-2. Payton, Godfrey and John Wood voted against, while Carlson Von-Dort and McKenzie Mitchell supported it. Board of Fish member John Jensen of Petersburg has recused himself and a seat is vacant.