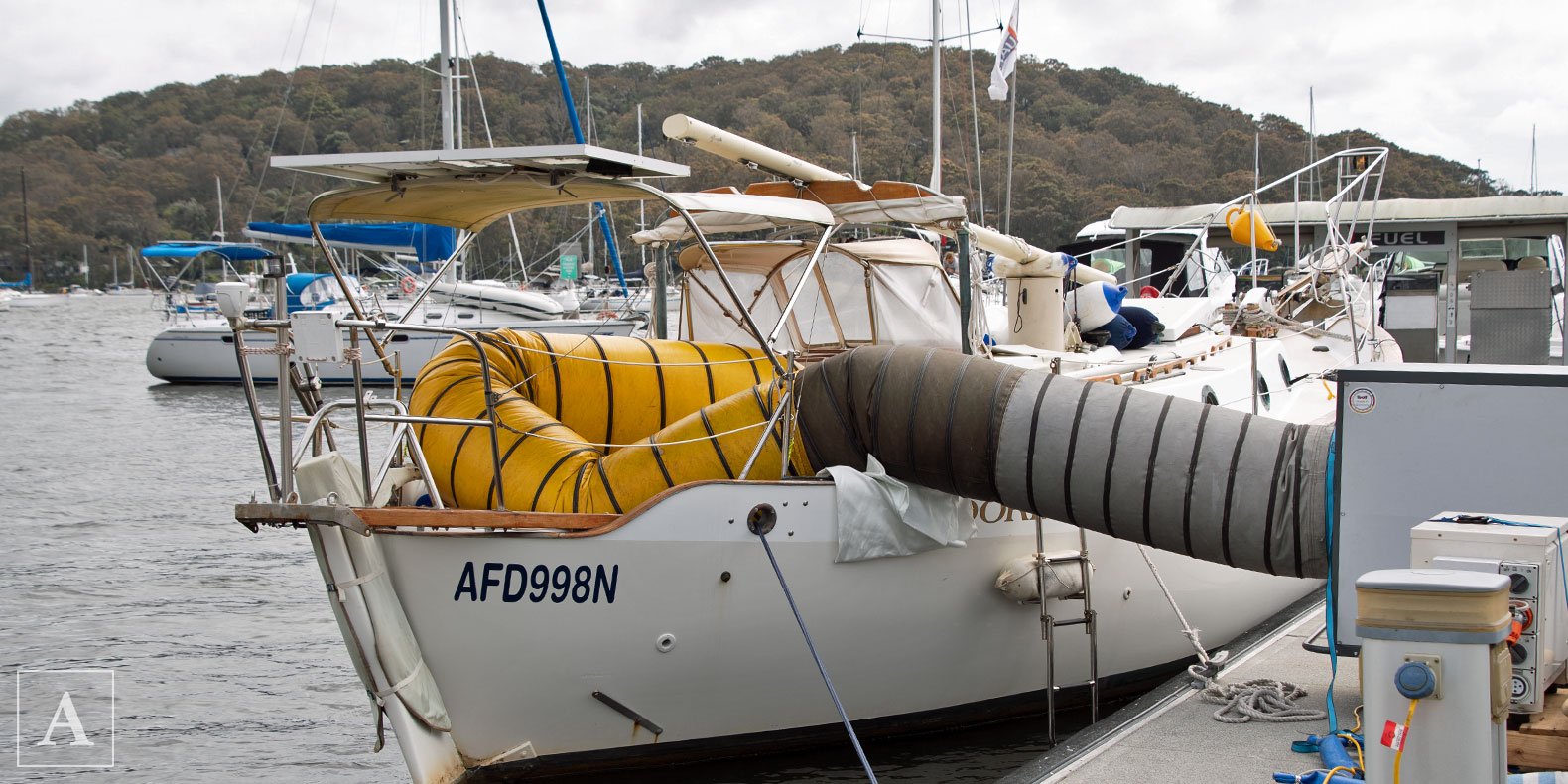 The biosafety order halted Mike Spira’s plans to sail his boat around the world until he could eradicate termites to the satisfaction of the Department of Agriculture, Fisheries and Forestry (DAFF ).

According to Mr Spira, his options were to fumigate the ship he planned to sleep in for months with toxic chemicals, or to use a heat treatment that raises the temperature, killing any insects inside the wood.

“I was reluctant to use chemicals because I thought they would be absorbed into the wood and then slowly over time I would be affected, or we can heat the internal volume of the boat and all the woods until 60 degrees centigrade for one hour.

“It kills the bug in the wood. It is very ecological. We don’t need the EPA [NSW Environment Protection Authority] here we don’t need to wear protective gear. It’s safe for everyone around the marina who works. If we had used the chemicals they originally wanted to use, we would have had exclusion zones and white coveralls.

“I am particularly grateful to The Quays Marina. There were other marinas that didn’t want this problem near their marina. They didn’t want any government agency involved. I was like a leper boat.

“The Quays are so proactive with the support and keen to understand the issue in case we see it again, they can be on the forefront. It’s a totally different mentality than other places I’ve approached to try and do this. I was so lucky to get this support,” shared Mr. Spira.