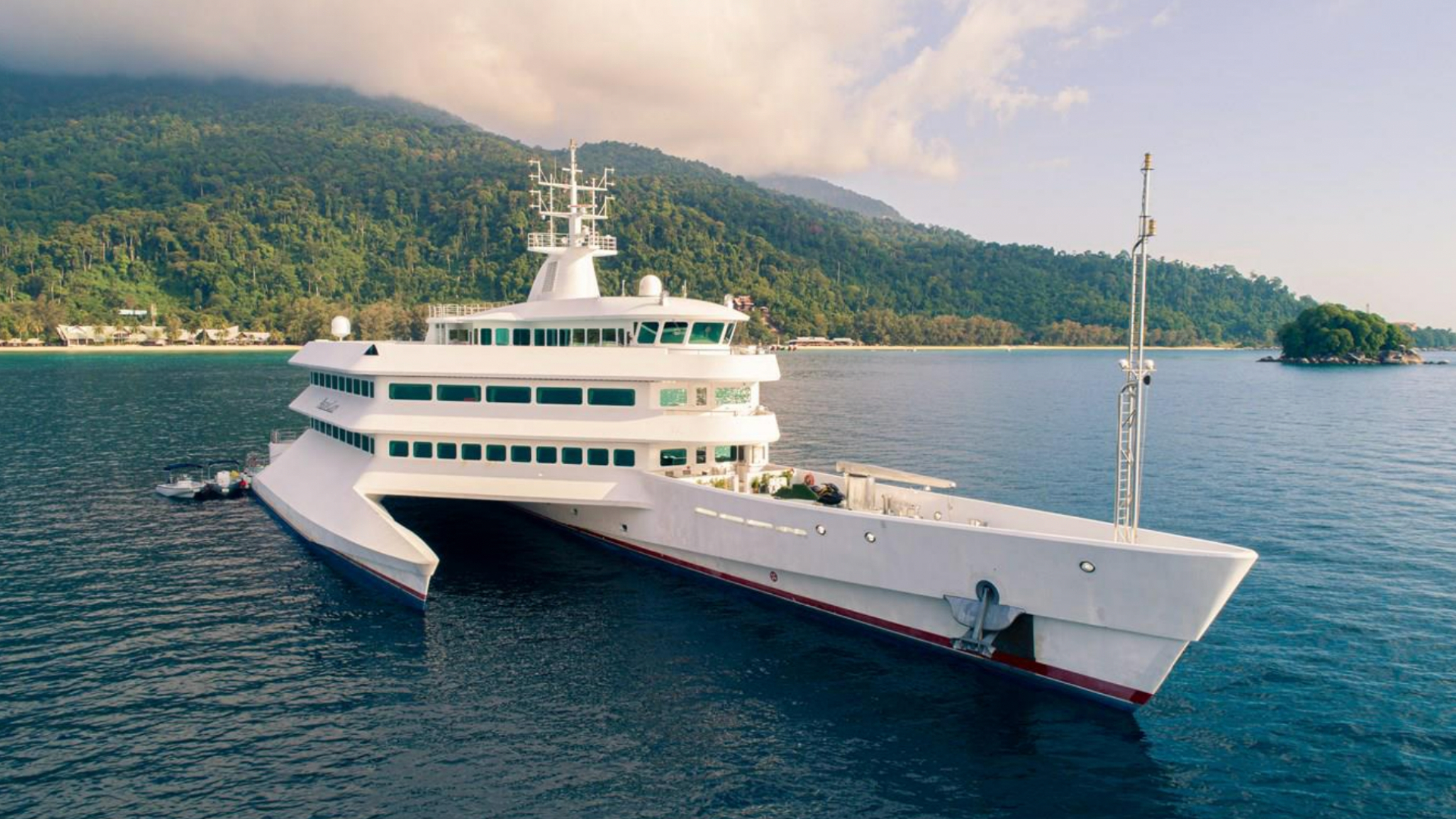 While the interior design of a superyacht can be as varied as the designers are, most luxury ships will at least have a relatively similar silhouette. It is of course, apart from Lady of Asean, an instantly recognizable asymmetric superyacht unlike anything you’ve likely seen before. If that wasn’t enough, it also recently went on sale, just in case you’re on the market.

Its unusual design may remind you of a Star Wars fighter ship, but its inspiration is actually drawn from the distant past, not an imagined future. The eccentric shape of Lady of Asean comes from the traditional Pacific multihull sailboats called Proas, which have been in use for nearly 500 years. Proa were generally made from bamboo and were used extensively from Madagascar to New Zealand, and even as far north as Taiwan.

With such an interesting chapter in nautical history behind its inspiration, Lady of Asean shares both its looks and stability on the water with the Proa, with narrow twin hulls creating a platform for the luxurious three-level cabin. Lady of Asean is so stable in fact, that shortly after its completion in 2004, it survived a tsunami while anchored off the coast of Thailand.

The 88-meter (289-foot) superyacht arrives properly finished, with plenty of room for up to 18 guests in its eight cabins. The master bedroom spans 160 sqm cavernous, with a private office and balcony attached, while the rest of the ship features teak panels on the walls and a large spiral staircase connecting the different levels.

Currently owned by Malaysian-Chinese entrepreneur Vincent Tan, the sole vessel is powered by a single 2000hp Caterpillar diesel engine supplemented by an AZIMUTH thruster. According to its records, the engine was completely overhauled in December 2019, with just 346 hours on the clock as of mid-April of this year. With a top speed of 15 knots, Lady of Asean also has a retractable thruster that will allow its captain to move it sideways, thus facilitating parallel mooring.