Are coffee and tea associated with dementia, stroke risk? 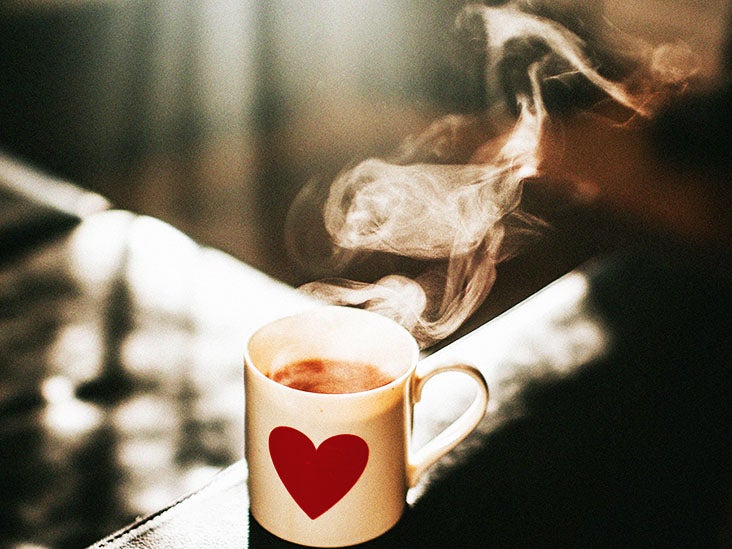 In a new study, researchers conclude that drinking coffee, tea, or both is associated with a reduced risk of dementia or stroke.

However, the research, published in the journal PLOS Medicine, does not show that coffee and tea directly reduce risk. Scientists will need to do more research to understand whether the relationship is causal.

Although researchers have studied the links between coffee, tea, stroke and dementia in the past, “considerable controversy” remains, as the authors of the new study explain.

Further, they write that “little is known about the association between the combination of tea and coffee and the risk of stroke and post-stroke dementia and dementia.” The current study goes to some extent to fill this gap.

According to the World Health Organization (WHO), more than people around the world suffer from dementia, and it is the seventh leading cause of death in the world.

Dementia is a general name for a variety of symptoms characterized by progressive cognitive decline. It mainly affects the elderly.

The point out that Alzheimer’s disease is the most common type of dementia.

According to Another major cause of death is stroke. In the United States, more than 795,000 people have a stroke each year.

A stroke occurs when the blood supply to the brain is blocked or a blood vessel in the brain bursts. This causes death or damage to brain tissue.

Stroke and dementia share 60% the same risk factors and prevention factors. Stroke also greatly increases the chances of developing dementia. Researchers felt that preventing people from having a stroke could prevent cases of dementia.

Given the prevalence of dementia and stroke, scientists want to understand which lifestyle factors influence risk.

One of these lifestyle factors is the consumption of tea and coffee. Many people around the world regularly drink tea or coffee, which means that even a small potential effect could be significant at the population level.

In the present study, the authors note that some research has shown that drinking more tea or coffee is associated with a reduced risk of dementia. However, there is little research to determine whether a combination of tea and coffee is also associated with the same effect.

Additionally, the study authors point out that there are conflicting results as to whether coffee and tea consumption is associated with a reduced risk of stroke.

Therefore, the researchers conducted a study on the relationship between dementia and stroke risk and the consumption of tea, coffee and a combination of tea and coffee.

The researchers drew on data from the British Biobank, a database containing detailed medical and genetic information on 500,000 people in the UK.

They used data from 365,682 of these participants, recruited between 2006 and 2010. The researchers followed their medical records until 2020.

When participants joined the study, they themselves reported how much tea or coffee they consumed per day. The researchers then looked at the number of participants who had a stroke or developed dementia during the study period.

The researchers compared this data with information on the amount of tea, coffee, or a combination of tea and coffee consumed by the participants.

He explained that other factors not taken into account could affect the reduced risk of dementia and stroke in tea and coffee drinkers.

“This study describes a weak association of coffee and tea consumption with a lower risk of stroke or dementia at the end of life. The result is interesting because tea and coffee are rich in compounds called polyphenols that could help prevent diseases associated with aging.

“However, the study cannot even be interpreted as suggesting that tea or coffee in fact has a beneficial protective effect.”

“It is based on comparisons of participants in [the] UK Biobanks who drink tea and coffee with those who don’t, ”continued Professor Matthews. “These populations differ in many ways. For example, tea and coffee drinkers are more likely to have a college degree and higher income.

“Although the authors have tried to correct some of the recognized differences using statistical methods, they cannot control those they did not identify,” [that is,] the “unknown unknowns”.

“The report, while interesting, is therefore not expected to cause changes in coffee or tea consumption for health reasons,” suggested Professor Matthews.

Patrick kehoe, Ph.D., professor of translational dementia research at Bristol Medical School in the UK, also not involved in the study, supported this view.

Talk with MNT, said Professor Kehoe, “there has been previous evidence of how coffee consumption was associated with an increased risk of lung cancer.”

“[However,] what appeared […] Due to […] the timing of some of these studies was that smoking and tobacco might have been a hidden factor in those sightings where people were smoking with their social cafes, and in public spaces where smoking is now increasingly prohibited.

“In this case, things have evolved socially and [with regards to health], and therefore there are elements of tea [and] drink coffee now who could [explain] why there are positive benefits.

“For example, higher levels of socialization – which are considered protective against dementia – [and] exercise – which is better for the heart and the mind – is associated with meeting people and could all be contextual elements behind those numbers. [This could include] less tobacco now too, which also had a checkered history in terms of dementia risk, but certainly wouldn’t have been good in terms of cardiovascular risk and stroke risk, ”said Professor Kehoe.