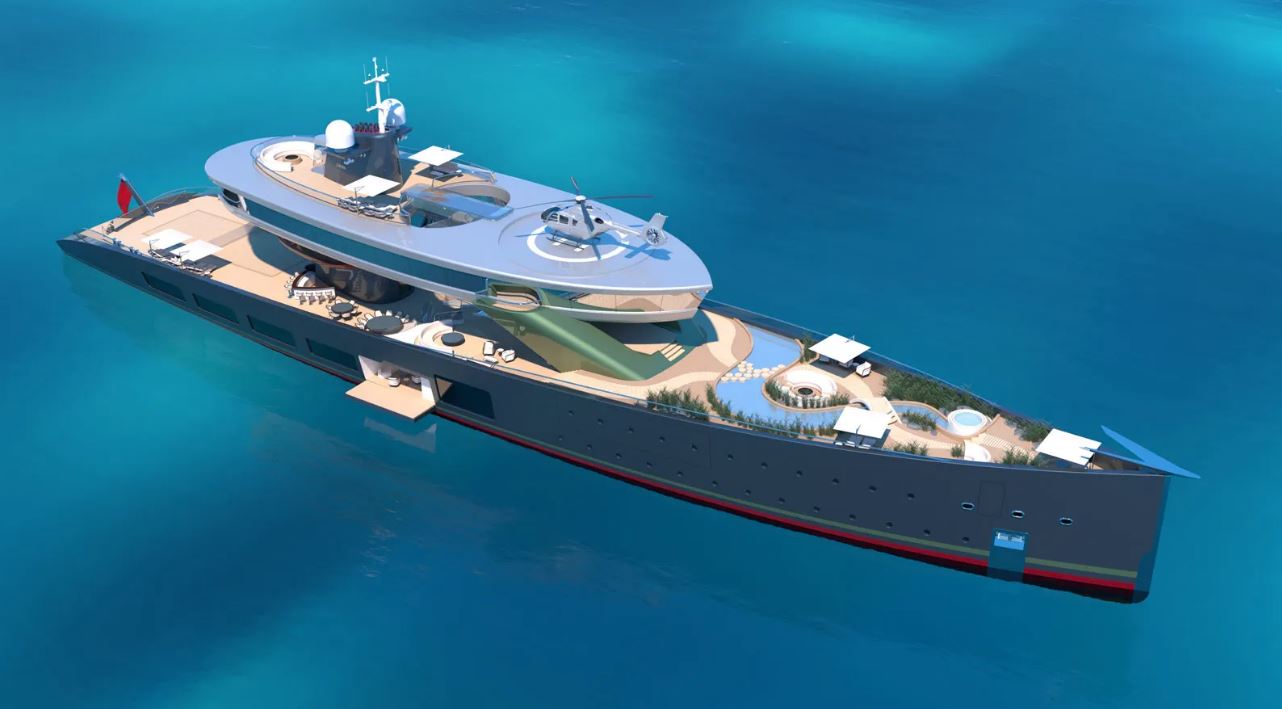 This is Alice, a carbon neutral superyacht model from the prestigious Lürssen shipyard. Unveiled earlier this year at the last edition of the Monaco Yacht Show, it aims to break the mold of yacht design by removing the main deck entirely and separating the hull from the superstructure. It also aims to chart the course for the future of sustainable navigation by offering a vessel powered by fuel cell and fully electric gear.

Alice is, in short, a dream superyacht for the eco-responsible multimillionaire of tomorrow who doesn’t skimp on comfort and luxury. It combines incredible equipment with the most surprising and magical design and exceptional ecological references, but its greatest merit lies in the fact that it is “a fraction of reality in motion.” Lürssen doesn’t have any concrete plans to build Alice or anything close to it, but it is positive that this study will help highlight and refine some features that will then be passed on to other builds.

Alice, whose name echoes Lewis Carroll’s 1965 fantasy classic Alice’s Adventure in Wonderland, is 322 feet (98 meters) long, 56 feet (17 meters) wide, and a total of five bridges. The main deck, as noted above, is missing, as designer Jim Robert Sluijter has determined that most owners find little use for the main salon on the main deck. As such, he removed it completely, opening up that space for a myriad of other uses and placing the upper deck on a floating platform above.

The result is visually striking but also functional. The main deck helps transform Alice into her own ecosystem, a green oasis in the middle of the ocean. Take it in the most literal sense: Alice has her own garden with ponds and a river, with lots of open spaces and living walls inside. Alice is green in theory and in practice if you will.

The open main deck is the design highlight of this superyacht. Sluijter’s idea was to offer a superyacht that would allow a constant connection to nature but without sacrificing the luxury amenities that superyacht customers are used to. Towards the bow, they can stroll through the lush green park or have a drink at the armored bar while taking in the view from above: a glass-bottom pool that connects two sections of the upper deck. A dance floor is also available here, for when they feel they have finished immersing themselves in nature.

A large tennis court is placed at the rear, again putting the space that would otherwise have been occupied by the main lounge to much better use. It could be replaced with anything, be it more outdoor living rooms, a movie theater, or a concert hall, depending on how this hypothetical multimillionaire imagined himself spending time on vacation.

While Alice places great emphasis on creating a natural environment that invites relaxation, she is also designed for luxury and pleasure. Interiors at Dasha Moranova Designs feature quality materials, such as fast-growing, lightweight organic wood that replaces the usual teak and other durable yet luxurious materials. The bedrooms are spacious, with plenty of open space and large panoramic windows offering spectacular views.

All onboard equipment would be electric, from tenders to jetskis, Lürssen said at the time of the reveal. Only the helicopter that could land at the upper deck helipad, in the immediate vicinity of the infinity pool, would be burning fossil fuels, from what can be judged. Alice has zero emissions fuel cell propulsion, with one or two engines that would use electrical power derived from green methanol.

To further improve efficiency and reduce its impact on the environment, Alice would use intelligent energy management and energy saving technology, including the use of waste heat recovery (emissions from heat would be used to heat the swimming pool or in the HVAC system, for example). The owner’s deck would be surrounded by mirrored glass windows serving a dual purpose: ensuring privacy and providing thermal insulation by reflecting heat and reducing the energy load on the air conditioning system.

“At present, [Alice] remains a model but one that opens the way ”, Lürssen said of the concept. Alice is “a dream world” and one “catch phrase,” and perhaps one of the few superyacht concepts that truly deserves a chance in reality. 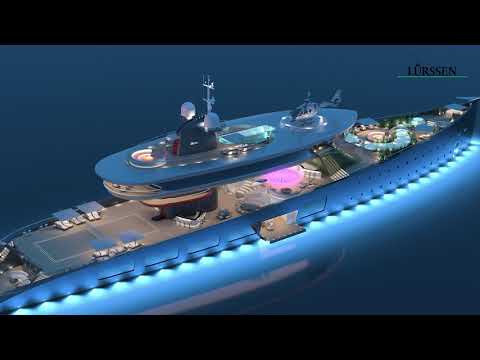 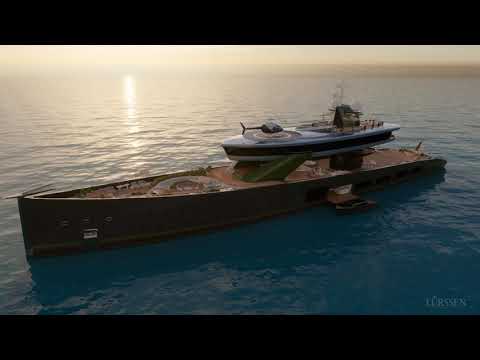