After a stopover for repairs in Spain, BC Ferries’ fourth Island-class vessel arrives in Victoria 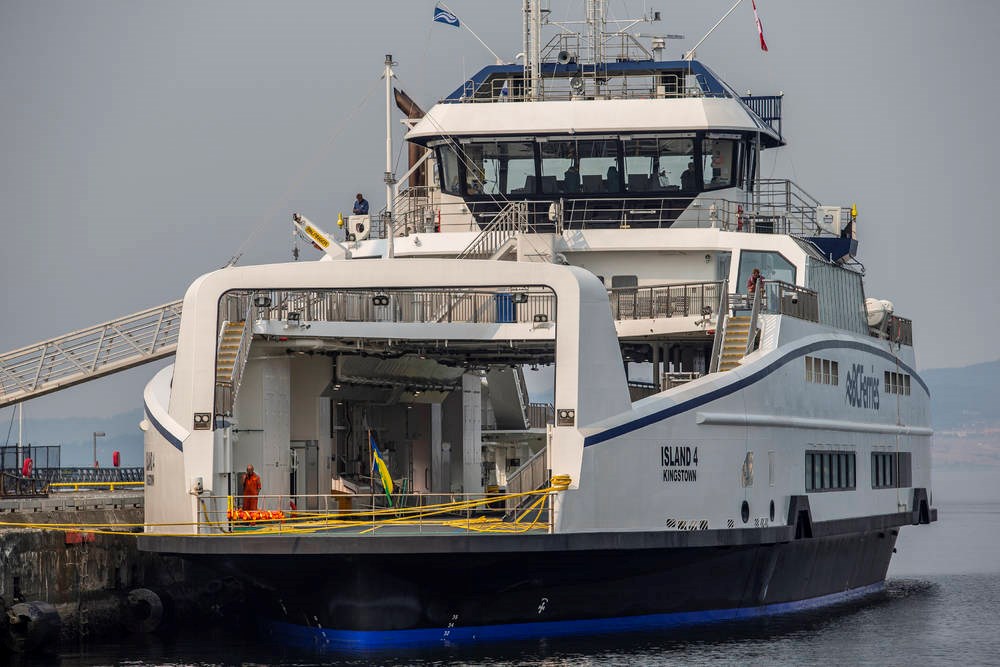 BC Ferries’ newest ship arrived in Victoria this morning, after pitting for repairs in Spain while en route to British Columbia

BC Ferries’ newest ship arrived in Victoria this morning, after pitting for repairs in Spain while en route to British Columbia

The vessel, which will be moved to Point Hope Naval Shipyard for inspections this afternoon, will eventually be used for service to Quadra and Gabriola Islands.

The ferry, temporarily named Island 4, left Damen Shipyards Galati in Romania in early June. This shipyard has a contract to build six ships of this class for BC Ferries.

The first two Island-class ferries, Island Discovery and Island Aurora, were brought to Victoria via semi-submersible heavy-lift vessel in 2019 and are now in service on the Powell River-Texada Island and Port McNeill-Alert Bay route- Sointula Island Route.

A third arrived in Victoria at the end of July.

The Island 4 was forced to stop in Spain in mid-June to carry out repairs after the crew detected problems with one of its thrusters.

Island-class ferries are hybrid diesel-electric vessels designed for all-electric operation. They can carry 47 vehicles and are double ended for easy loading and unloading. The ferries also have wide vehicle lanes, pedestrian lanes and bicycle parking spaces.

Once at the Point Hope shipyard, Island 4 will be inspected and BC Ferries will take ownership of the vessel. It will be commissioned next year.

Anyone who wants to catch a glimpse of the latest ship will be able to see it as it sails through Victoria’s Upper Harbor today.

Ideal vantage points will be Dallas Road as you approach Ogden Point, then Fisherman’s Wharf, the Songhees Bridge, Wharf Street and the Johnson Street Bridge towards Point Hope.