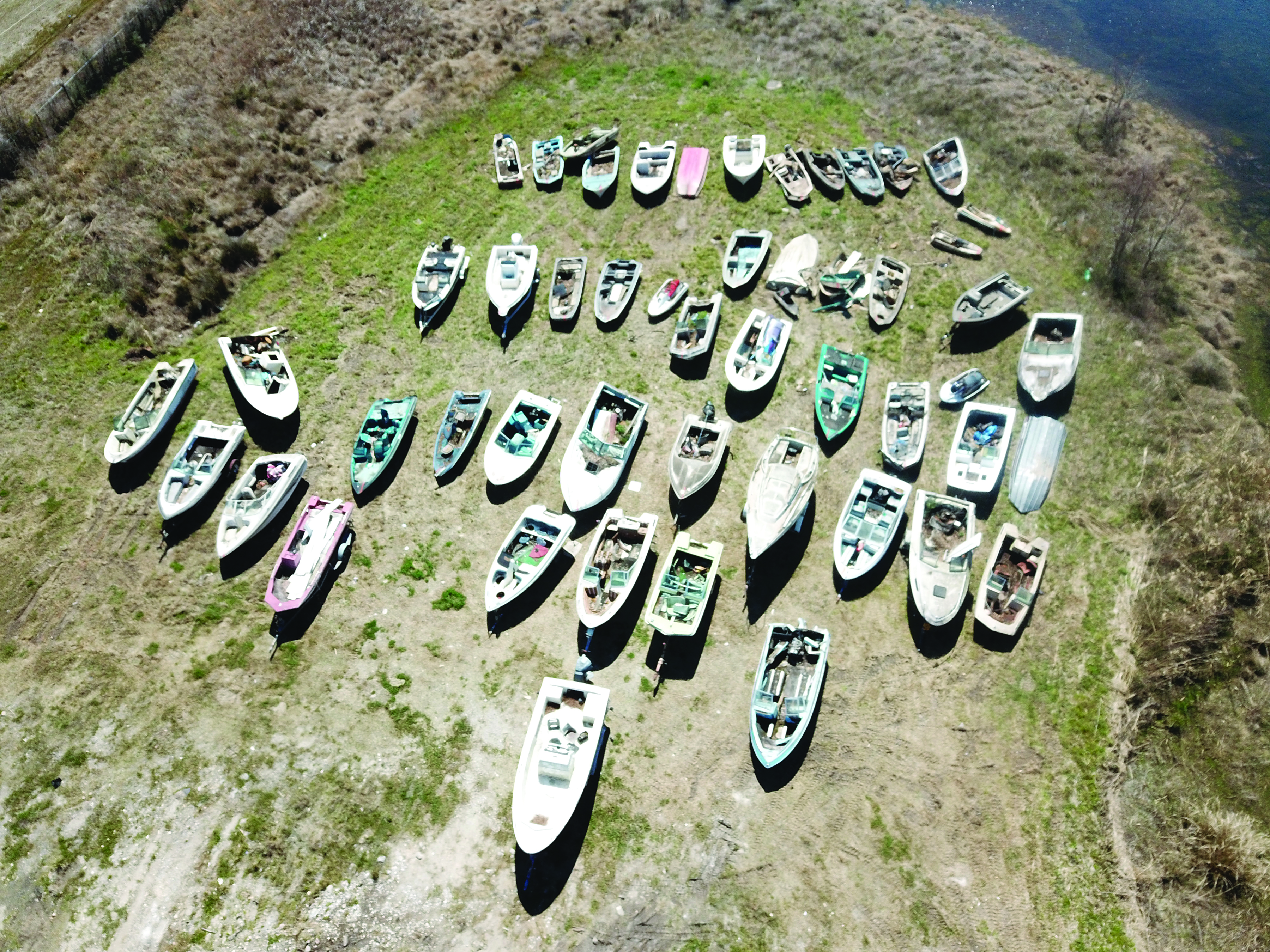 Hurricane season is approaching, and the Texas General Land Office (GLO) is currently conducting a program in Jefferson County to collect abandoned boats that could cause severe property damage during storms or potentially leak dangerous chemicals into the yards of hurricanes. coastal residents or local waterways.

For the first time since its launch, program director Craig Cook shares, the Vessel Turn-In Program (VTIP) launched by GLO in 2015 is benefiting Jefferson County, as it has other coastal counties where abandoned boats have littered beaches and lost titles have cluttered residents trying to get rid of unsightly and potentially dangerous, unusable watercraft.

“In 2015, when Commissioner George P. Bush took office, we launched a pilot Ship Return Program in Galveston County. It was our first pilot, and it worked really well,” Cook said. “After that he wanted them all up the coast, and that’s exactly what we did. This VTIP we are doing in Jefferson County will be the 27th we are doing on the coast. We have collected over 1,116 ships since 2015.”

At one point, the GLO was investigating about 1,400 active cases involving reports of derelict vessels, Cook said, adding that the number had dropped significantly with the program’s growing success.

“We are down to 48 ships right now along our coasts,” Cook estimated.

The VTIP offers local residents the possibility of disposing of abandoned vessels free of charge, with or without a boat title, explains Cook. The VTIP is one of many tools the agency uses to rid coastal areas of unsightly and potentially dangerous sources of pollution.

“One of the things we found when we were dealing with people who were dropping boats was that if they bought a boat and they didn’t change the title, then they sold it to someone else, and then ultimately no one is able to get a title,” Cook described. “In the state of Texas, if you want to take a vehicle or an RV or a boat in a dump you have to have a title so we knew there had to be some kind of way that these people along our coasts could get rid of these untitled ships rather than get frustrated and dump them illegally or leaving them in yards. If they’re really close to the coast, a mile or two inland, and a storm is coming, it doesn’t take much for the wave to wash away these ships and throw them anywhere.

County residents can hand over vessels up to 26 feet long, and larger craft are being considered for disposal on a case-by-case basis, he added.

The program is a combined, cost-effective initiative, Cook noted, executed through the efforts of GLO, the Texas Department of Parks and Wildlife (TPWD), and the coastal counties targeted for cleanup.

“What’s unique about this program is that we work with different agencies and use the services they have,” Cook detailed. “For example, Jefferson County is providing the equipment they already have in service and the labor. TPWD uses its game wardens to verify that vessels are not stolen or have liens on them. Then the GLO is able to hire a contractor to remove the fuel from the ships so they can go to a landfill.

“So we’re all working together as a group, and we’re able to do this a lot cheaper. Once these vessels hit the water, it can cost between $250 and $500 per foot to have them removed. We have reduced this cost to approximately $12.55 per foot. »

The GLO was in Orange County in March to perform a VTIP detail. GLO Forward Response Officer Ryan Lytle, who works in the agency’s Netherlands office as part of the Oil Spill Prevention and Response Team, said dozens of derelict vessels had been recovered and that their pollutants had been properly disposed of during Orange County’s first VTIP.

The success of the Orange County event inspired Jefferson County Judge Jeff Branick to invite the GLO to conduct a VTIP in his coastal county.

The Jefferson County VTIP event is underway and runs May 11-14. Residents wishing to turn over derelict vessels should bring them to 4720 Parker Drive, Beaumont, from 8 a.m. to 5 p.m. while VTIP is underway.

“It really makes a difference,” Cook said, encouraging county residents to drop off their unusable boats during the event. “It was helpful. He certainly cleaned up the coast, and we certainly did it in the most economical way possible. It is a good program and we hope to maintain it.

The Oil Spill Prevention and Response Act (OSPRA) authorizes the GLO to remove and dispose of derelict and derelict vessels in Texas coastal waters. GLO’s Oil Spill Program runs the VTIP. By partnering with coastal counties, cities, state agencies, and oil spill cleanup operators, VTIP creates opportunities for boat owners to abandon derelict vessels at no cost to the owner.